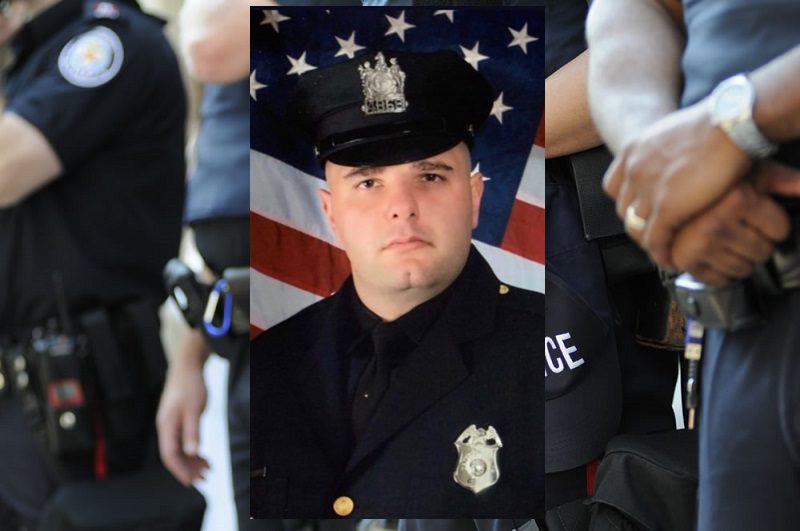 Sunday, April 12, 2020, New Jersey announced that they lost yet another law enforcement officer to complications from contracting COVID19. Paterson Police Officer Francesco S. Scorpo, age 34, had served his community as a police officer for five years. He worked on the patrol and traffic divisions. It was confirmed that he had been exposed while on duty at 95 Grand Street.

Scorpo was noted to be the first Paterson municipal employee in the area to have died from the virus. During the first series of testing for city employees, more than 500 came back positive, including Scorpo. Paterson Mayor Andre Sayegh made these remarks during a briefing about the sadness he felt over the loss of officer Scorpo. “Francesco Scorpo was an exemplary police officer and the consummate professional. I always enjoyed seeing him in action. My sympathetic sorrow goes out to his family.”

The grief within the community was exacerbated by the expectations that they believed that Scorpo would be getting released from the hospital soon. His fellow officers were planning a celebration for him after getting through the illness. He had been showing signs of improvement while in the hospital. Instead, he was saluted outside of the funeral home in Parsippany. The department and others were wearing masks with the Paterson Police Department logo on the front in his honor.

Public Safety Inspector Jerry Speziale spoke of how they were all planning to cheer upon Officer Scorpo’s release. “We are shattered. Our hearts are broken. He was extremely well-liked by everyone.”

Office Scorpo was also known to volunteer his time to provide motorcycle escorts for funeral processions for family members of other officers. He had a giving heart, was known in the community as someone to talk to, confide in, or even have a beer with. Everyone enjoyed his company.

Police Officer Scorpo served with the Paterson Police Department (PPD). They are the primary law enforcement agency for Paterson, New Jersey, and the largest in the state with over 400 sworn officers. The department also has 125 civilians support staff and a long history in the state of New Jersey.

The department officially began on August 1, 1866. Before its official beginnings, the town was looked over by a city Marshall and five watchmen. There were five distinct wards, with one watchman covering their neighborhood. With the addition of Officer Scorpo, nine Paterson Police officers have died in the line-of-duty.

Officer Francesco S. Scorpo is survived by his wife, Kristina, and his two children. He was the father of two young sons, Francesco Jr., age 4, and 6-month-old Santino.

On Thursday, April 16, Officer Scorpo was laid to rest with full police honors, his fellow officers there to salute him at the S. J. Priola Funeral Home in the Lake Hiawatha area of Parsippany.