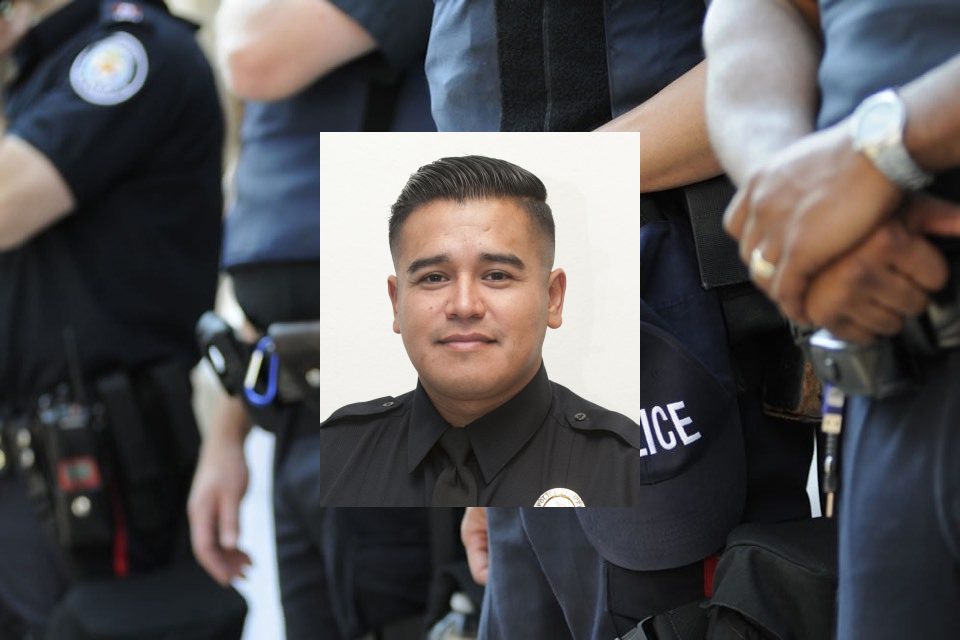 On Saturday, November 2, 2019, California residents were informed that a local police officer had been shot and killed. The officer was addressing a domestic violence situation. The officer was off-duty at the time but was intervening in a violent situation as an officer, so it was determined that his death was a line of duty death.

Police Officer Elmer Jonathan Diaz, age 31, had served with the Lemoore Police department for over six years. Diaz was attending a birthday party near Eddy Street and Carolyn Avenue in Hanford, California. While at the party, another attendee was violently assaulted by her boyfriend. Officer Diaz intervened to help the situation and took the woman outside to safety.

Once the woman was safe, Officer Diaz went back into the house to de-escalate and address the party attendee who had been violent. The subject who had assaulted his girlfriend was also an officer and an investigator for another local law enforcement agency. As Officer Diaz entered the home, the violent party-goer pulled his weapon and opened fire. The officer who had shot Diaz killed him and wounded his father. The shooter then turned the gun and shot himself. The night was a tragedy due to domestic violence.

Domestic violence calls are the most dangerous types of calls for police to respond. Most departments have guidelines that are in place to help protect officers as they answer these calls. The standard is to have several officers meet at the location and address it as a group response.

The agency has jurisdiction of approximately 8 miles and serves a population of roughly 27,000 residents. They work on community policing strategies so that the agency can develop a better relationship between officers and residents.

Police Officer Elmer Jonathan Diaz leaves behind three children, parents, and three siblings. It will take the community’s support to help the Diaz family and the others involved in the incident to work through their grief. The city and local Honor Guards will work with the Diaz family to help them with final arrangements.

Interim Police Chief Mike Kendall spoke of how hard-working Diaz had been as an officer. “He worked with members from every agency in Kings County, so it not only affects our Lemoore PD family, but it’s going to affect every agency in the county. I believe he saved a life from a department’s standpoint. I will treat it as an in the line of duty death.”

A family member, Juan Diaz, spoke of the loss. “I think he was just trying to control the situation, knowing him. Trying to calm his friend down, trying to make him realize what he was doing, and it just didn’t happen that way.”