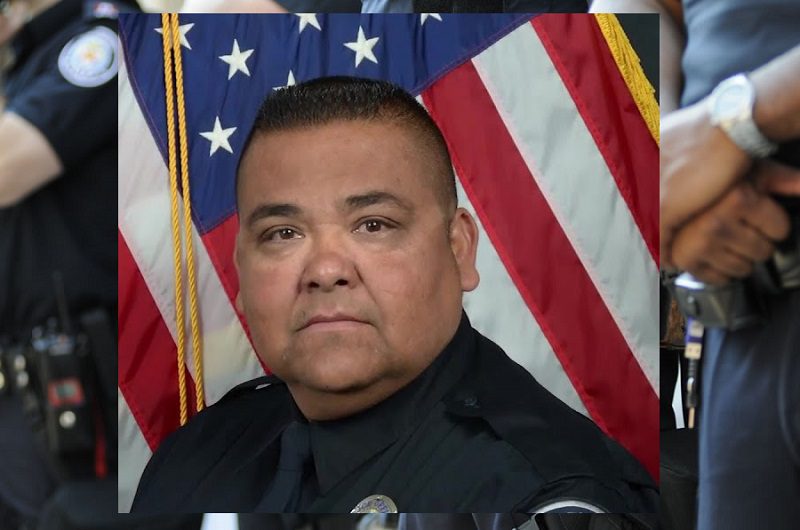 The El Centro Police Department in California announced the death of one of their beloved officers on Wednesday, June 3, 2020. Police Officer Efren Coronel, age 51, died from complications arising from contracting the coronavirus while on duty. He had fought against the virus for three weeks in a San Diego hospital before he lost the battle to the illness. He was removed from life support at Sharp Memorial Hospital and passed peacefully.

It is suspected that he caught the virus from a confirmed exposure while arresting an offender while at the corner of 8th Street and Main Street. The subject under arrest also tested positive.

El Centro Police Commander Aaron Reel gave a heartfelt statement about the loss of his friend and colleague. “It’s a tough time for the family and many police department personnel. I worked my entire career with Efren. He was my hero.”

Coronel had served his beloved community of El Centro, working with the El Centro Police Department for over 24 years. He had recently been assigned as Senior Patrol Officer and was the Officer in Charge for his patrol team. During his many years with the department, he had served in a variety of capacities. In addition to his regular patrol duties, he had also worked as a school resource officer, traffic investigations, homicide, SWAT, and a motor officer.

Officer Coronel was well-loved in his community by adults and children alike. His co-workers described him as a family man, who worked with distinction. Coronel loved to volunteer his time working with youth in the community, helping to guide them forward in life. He also volunteered as a soccer coach.

El Centro is considered a promising newly thriving community in southern California. It has access to two international border crossings for both commercial and personal vehicles. At just over 11 square miles, it is the largest city in Imperial County. The city has a unique history, the area in which it is located, was purchased in 1906 by W.F. Holt and C.A. Barker for approximately $40 per acre. Historians noted that it went quickly in five short months from empty fields to a thriving community. Today, the city has a population of approximately 45,000 residents.

Police Officer Efren Coronel is survived by his wife and two children. He will be missed by his extended family, friends, neighbors, colleagues, and of course, the young kids from the Dynamo Soccer team, whom he coached for many years.

To honor Officer Coronel, California Governor Gavin Newsom ordered all flags to be flown at half-staff.

“I couldn’t think of anybody that would have anything bad to say about Efren. He was just one of those persons who got along with anyone, and would help anyone out that’s within the organization and outside the organization within our community.” A statement made by a close friend and colleague Ray Bonillas, El Centro Police Department Commander.

Bonillas continued to describe his friend and what the loss will mean to everyone in the community. “In my eyes, one of the reasons was his ability to get along well with people — and to try to solve their problems and make this world a better place. He’ll be missed greatly. This is one of those individuals that touched everybody’s heart and soul within this organization.”