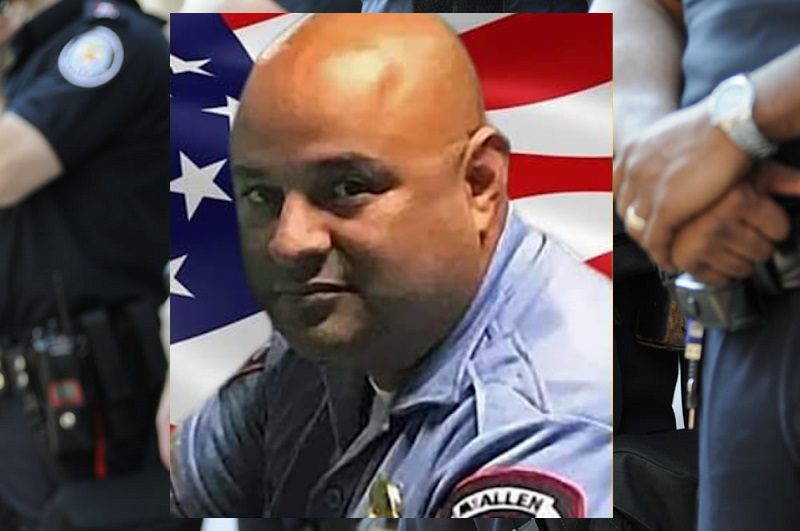 The state of Texas was saddened to publicly announce the loss of two police officers in its state due to gunfire and domestic violence. Police Officer Edelmiro Garza, Jr., age 35, was one of the two officers shot and killed on Saturday, July 11, 2020.

Officer Garza and another officer, Police Officer Ismael Chavez, responded to a call for help related to domestic violence. A domestic disturbance was called in for the 3500 block of Queta Street. The call came in at approximately 3:00 p.m. in an area near Los Encinos Park.

The radio silence caused concern, and other officers were sent to check on Garza and Chavez. Finding them both dead on the scene, the officers drew their weapons and ordered the suspect to drop his gun. The suspect, hearing the police orders and more arriving on the scene, committed suicide before an arrest could be made.

Police Chief Victor Rodriguez was emotional during the briefing. “The officers never had a chance to suspect a deadly assault on them, much less death, at that moment in time.”

“We are weakened for the moment, but the strength and resolve we have to serve our communities, all of us here, will allow us to do what we do every day and what our officers do every day,” Rodriguez said. “In the face of adversity, we rise, and we serve nonetheless.”

Policing is a dangerous career choice. There are many reasons why becoming a police officer can be detrimental to having a long and healthy life. Statistics are kept by many different agencies regarding the cause of deaths each year. The idea is to study the causes and find ways to reduce the harm to officers and save lives.

Gun violence tops the list of the number one cause of line-of-duty deaths each year. In 2018, it was the first year that another reason, vehicle-related deaths, tied for the most lives taken. Both issues cause the majority of all line-of-duty deaths among law enforcement officers of all agencies and ranks. In 2019, 49 officers died as a result of another person’s criminal acts. Of this number, 44 were killed by gun violence.

McAllen’s entire community will bear the brunt of the loss of two of their officers and grieve for them both collectively. The City and the McAllen Police Department put together a memorial site for community members, neighbors, and friends to have an area to leave flowers, mementos, and to show both their sorrow and respect for the loss of the two officers.

The City of McAllen announced the site on their Twitter account. “As our community grieves for the two brave men who made the ultimate sacrifice, a memorial has been set up at the McAllen Police Department for mourners to drop off flowers or small keepsakes to keep their memories alive.”

Jim Darling, Mayor of McAllen, expressed his deepest condolences regarding the shooting and loss of lives. “It’s with a heavy heart I share the terrible news that today we lost two of our brave McAllen Police Officers. My deepest condolences and sympathies go out to the families of Officer Edelmiro Garza and Ismael Chavez. I ask for prayers for their loved ones during this difficult time.”

Hidalgo County Judge, Richard Cortez, posted his grief over the loss of two crucial servants of the community and spread the Governor’s orders to fly flags at half-staff on his Facebook page. “Texas Governor Greg Abbott granted permission to fly the US and Texas flags at half-staff in honor of the life and public service of McAllen Officer Police Officer Edelmiro Garza, Jr., and Officer Ismael Chavez, Jr. They were killed in the line of duty on Sat, July 11, 2020.”

The Judge also commented that these two officers had left an “indelible mark on the community.”

Officials were stunned that the area had lost two officers at once in a shooting. On April 28, 2021, Sergeant Chris Ward, age 36, died from gunshot wounds while on duty with the Watauga County Sheriff’s Office.

Delmar Police Department’s Corporal Keith Heacook, age 54, died from complications of his wounds sustained on April 25 when he was assaulted.

Police Officer Anastasio Tsakos died on Tuesday, April 27, 2021, due to the actions of a drunk driver.

On Thursday, April 22, 2021, Texas officials came forward again to inform the public that another local law enforcement officer had been lost to the virus. This time a young man 33 years of age. Deputy Sheriff Alexander Gwosdz.