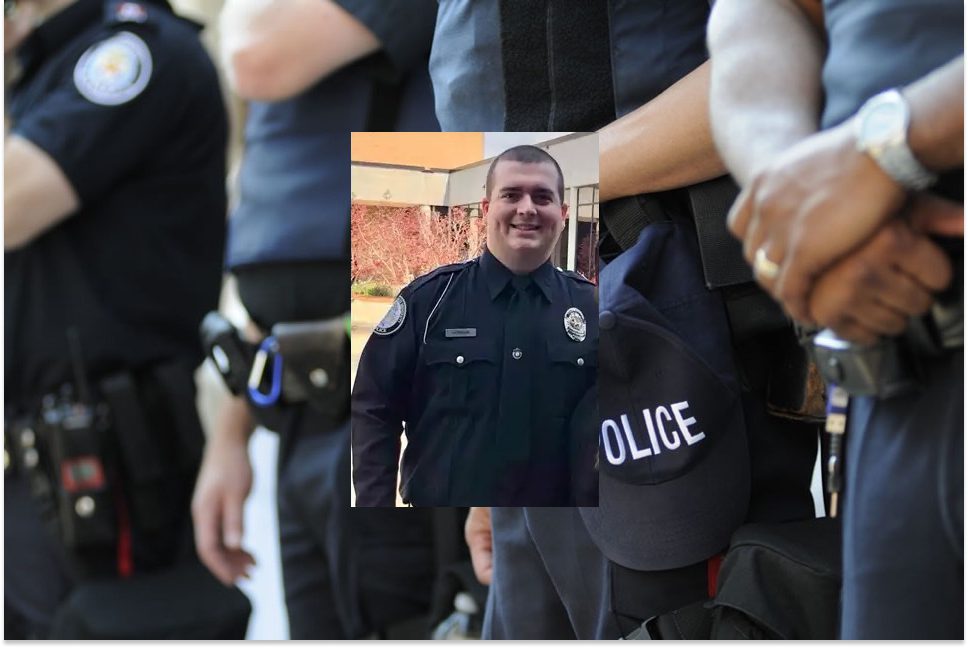 The Georgia Bureau of Investigation briefed the public that a local police officer had been shot and killed. A blue alert had been issued at the announcement, and a search was underway to find the shooter. Tragically, on Saturday, October 9, 2021, Police Officer Dylan Harrison, age 26, was shot and killed outside the entrance to the Alamo Police Department. He had just arrived at headquarters during his first shift at the department.

Harrison had been serving his community as a law enforcement officer for about four years. He had previously served the Middle Georgia State University Police Department, Cochran Police Department, Dodge County Sheriff’s Office, and the Oconee Drug Task Force.

The investigation into the shooting found that the shooter’s motive for the ambush attack on Officer Harrison was to retaliate for an arrest he had made earlier in the evening. The shooter remained at large until later on Sunday when he was taken into custody by US Marshals and the State of Georgia SWAT Team.

In 2015, Harrison began in law enforcement as an emergency dispatcher. He started with the Middle Georgia State University in 2017 and reached the rank of Sergeant. Harrison worked part-time at multiple police agencies in smaller Georgia communities. This is a common practice for officers who work in rural areas. Harrison is the second Alamo police officer to die in the line of duty, following Officer Arturo Villegas, who died in January due to COVID19.

Police Officer Dylan Harrison was working to achieve his dream of working full-time as a law enforcement officer in his local community of Alamo. He recently had a son and wanted to settle down and make a good life for his family. He chose to become an officer with the Alamo Police Department. The department is a small agency. Tight-knit, many that work with or at the department are as close as family. Harrison was the new hire.

Before Harrison, the Alamo Police Department had two officers. The agency provides basic security and law enforcement services to a small town that has nearly 900 residents.

Police Officer Dylan Harrison leaves behind his wife and 6-month-old son. Friends, family, and neighbors will have to share their memories of Officer Harrison with his young son as he grows up. Residents and fellow law enforcement will be there for support and to help with pending funeral services. As Officer Harrison was escorted home, many lined the streets to show their support of the department and the Harrison family.

The McRae-Helena Police Department was saddened by the news and worried about when the suspect would be caught. “Officer Dylan Harrison, formerly of Cochran PD, and Middle Georgia State University Was ambushed and killed in Alamo last night. He leaves behind a wife and a 6-month-old. I pray the suspect is caught soon and justice is quick. My deepest sympathy for his friends, colleagues, and family.”

Telfair County Sheriff’s Office shared prayers with the Alamo department and the Harrison family. “Our sincerest thoughts, prayers, and condolences to the family, friends, and co-workers of Officer Dylan Harrison, who was killed in the line of duty last night in Alamo. We are sincerely grateful for his service. Rest in peace, Sir.”

Governor Brian Kemp shared his official condolences on his Twitter page. “Early this morning, one of our law enforcement officials in Middle Georgia was killed in the line of duty. Our thoughts and prayers are with this officer’s family, friends, and colleagues at the Alamo Police Department. May God continue to be with all who protect and serve.”