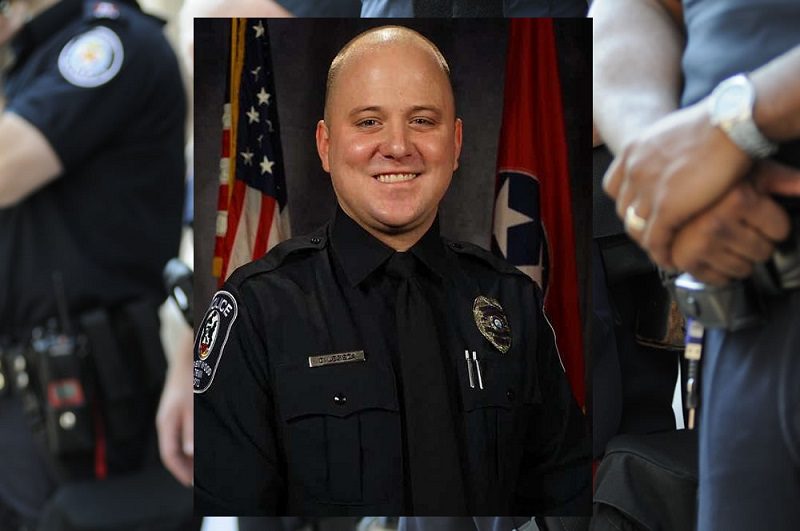 In Brentwood, Tennessee, officials announced the loss of one of their officers due to a tragic accident. On Thursday, June 18, 2020, Police Officer Destin Legieza was involved in a fatal accident on Franklin Road between Murray Lane and Concord Road. The accident happened shortly before 5:00 a.m.

Officer Legieza, age 30, had served his community with the Brentwood Police Department for over five years. He is a third-generation Police officer in his family. Currently, his father is a Lieutenant with the Franklin Police Department, and his grandfather is a retired officer who worked for the CSX Railroad Police.

Legieza was headed back to the station to prepare for shift change. He was driving his patrol vehicle, which was an SUV. On his return drive to the department, a woman crossed the center line and hit his vehicle head-on. No one is yet sure what caused the woman to cross the centerline. After the accident, Legieza was rushed to the local hospital, Vanderbilt Medical Center, where he succumbed to his injuries.

Police Officer Legieza was well-known in the area, having grown up in Franklin, Tennessee. He graduated from Middle Tennessee University and had always wanted to be a police officer in his home community. He also volunteered his time outside of work, helping with the Special Olympics and was a member of the department’s flag football team.

Everyone is aware of the dangers involved in choosing a career in law enforcement. Few stop to consider that one of the top risks to life is vehicular dangers. According to FBI statistics, studies show that between 2007 and 2016, crashes involving vehicles, or being struck by a car were the leading cause of line-of-duty deaths for officers – nearly 39% overall. Vehicle crashes, similar to the one which took the life of Officer Legieza, are more common than being struck by a vehicle.

Investigations are done on these crashes, and studies are made to try to find ways to reduce the number of injuries and deaths. Suggestions have been made, though they are not always followed. One of the most significant issues is getting officers to wear their seatbelts regularly. It is often a department policy that officers are required to wear their belts, but many lives are lost in accidents where the officer is found not wearing their safety device.

Another suggestion that has been made is to move the permanently mounted terminals that officers use in their vehicles. It has been shown that they are not only a distraction while driving, much like using a cell phone, but they can cause severe injury or even death as they pose an additional risk when being struck during an accident. Other suggestions have been to slow down, practice awareness, and make better decisions regarding getting involved in high-speed chases. Work is being done across the country to reduce the accidents that are taking lives.

Brentwood, Tennessee, was awarded the safest city award in 2018 by the National Council for Home Safety and Security. This award was partly due to the work and diligence to provide public safety by the Brentwood Police Department.

The city covers approximately 44 square miles of pristine rolling countryside and affluent communities. The town of Brentwood was incorporated in 1969. The police department began as a private subscription service, made available to local residents who wanted additional protective services along with the county sheriff’s department that was already available. In 1971, the department hired Chief Buttrey, who obtained a $40,000 grant from the United States Department of Justice Law Enforcement Assistance Administration to purchase and equip two patrol cars. At that point, the department became official, hired two officers, and among the three of them were able to have one officer on patrol for all three shifts.

The department received its national accreditation status in 1989, the first in Tennessee to do so. Today, they now have over 60 sworn full-time officers and 20 civilian employees.

Police Officer Destin Legieza left behind his wife, who was also his best friend. She is devastated by the loss and gave a brief statement. “My husband, Destin, was the best man I’ve ever met. He had so many friends and family who loved him. He loved the community of Brentwood and always knew he wanted to be a police officer. To my best friend, I love you forever, and I miss you.”

Brentwood Police Chief Jeff Hughes also expressed his condolences over the loss of one of his officers. “To say that I am heartbroken would be an understatement. Destin was an exceptional officer with so much potential in our organization. His memory will live in our hearts forever, and we will honor him daily in our continued service.”

Assistant Police Chief Richard Hickey also commented about the loss of Officer Legieza. “He was a very active officer. Our midnight shift is an incredibly close-knit group of people. Obviously, they rely on each other a great deal. He certainly was a shining star for us, and it’s a great loss for his family and us.”