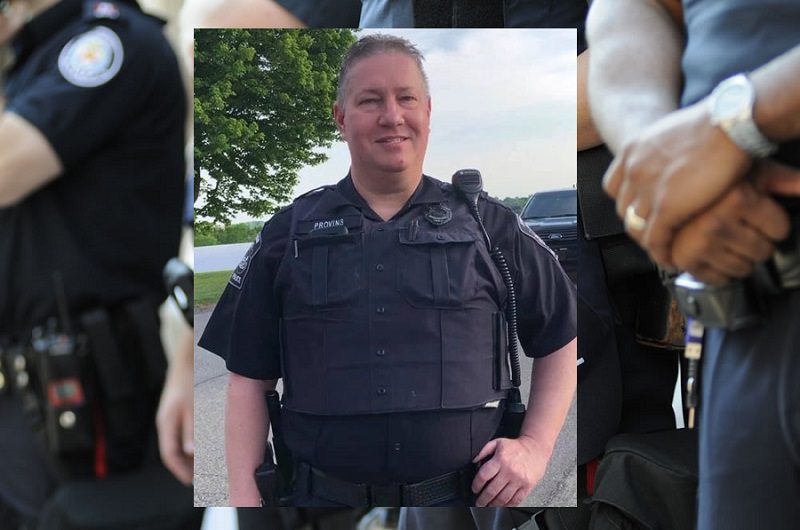 The Jefferson Hills Borough Police Department announced on Saturday, June 13, 2020, the loss of Police Officer Dale T. Provins, Jr., who died from injuries sustained from a crash. Officer Provins, age 50, had served his community with the Jefferson Hills Borough Police Department for over 15 years. Before joining the police department, he served his country as a US Marine in Kuwait and Iraq in both Operations Desert Shield and Desert Storm. He also continued to serve as an honorable member of the Pennsylvania Army National Guard.

Ten days earlier, on June 3, Provins was involved in a crash near the 200 block of Old Clairton Road. While on patrol, an oncoming vehicle crossed the centerline hitting his vehicle head-on. Rescue efforts were immediate, and Officer Provins was flown to a hospital in Pittsburgh where he succumbed to his critical injuries ten days later.

Vehicles an Occupational Threat for Officers

Law enforcement is an inherently dangerous occupation. However, it is often not considered that one of the most significant threats to officer safety is from vehicular accidents. As a large part of their duties, officers spend a great deal of time in their cars, on patrol, or even on the side of the road in traffic stops. They drive at high speeds when responding to emergencies. Officers also face the distraction of using police computer systems, radios, and other gear while driving. All of this can lead to higher rates of vehicular deaths and injuries than the average citizen.

According to Tom LaTourrette, a senior physical scientist at RAND, a nonprofit research organization, “Police officers are at risk for getting injured in crashes under all types of driving conditions, not just when they are engaged in emergency driving.”

LaTourrette is working with departments to make recommendations to improve safety for officers while driving. Some suggestions include limiting the use of motorcycles, and developing an alternative to the bracket mounted mobile data terminals. These hefty terminals are often struck during a collision and cause more significant injuries. They also want to understand why some officers, regardless of rules or pressure to do so, consistently fail to wear their seatbelts while driving. Wearing seat belts saves lives.

Jefferson Hills is a borough in Allegheny County, Pennsylvania, with a population of approximately 11,000 residents. Incorporated in 1828, Jefferson Hills was named after Thomas Jefferson, and before 1998 was simply known as Jefferson.

Police Officer Dale Provins dedicated his life to serving his country and his community. His work through the Jefferson Hills Borough Police Department let him continue a life of service, protecting and helping his neighbors and the community he lived and loved.

The Jefferson Hills Borough Police Department delivers the safety to residents primarily through its patrol operations. It has a staff of 20 full time sworn officers who work together to maintain 24-hour patrols of the community. The officers also work with the city with proactive crime-solving and resolution techniques that work to maintain respect for all those they serve while maintaining a safe environment for all who live in the Jefferson Hills community.

The loss of Officer Dale T. Provins, Jr., was sad, devastating news for all that knew and loved him. He is survived by his fiancé, his daughter, stepdaughter, parents, and siblings. He also had extended family, friends, neighbors, and co-workers whom all looked up to him and will miss him greatly.

Jefferson Hills Boroughs Police Chief Roach offered his condolences in a brief public statement. “The Jefferson Hills Police Department mourns the loss of Officer Provins. Dale’s colleagues in the Department and the Borough admired him, his sense of humor, and kindness. Losing one of our own is extremely difficult. Our condolences go out to Dale’s family and friends; we share in their grief.”

Funeral services, with social distancing and safety measures, are planned for Friday, June 19, 2020, at Jefferson Hills Municipal Building. Public viewing will be available from 12 p.m. to 7 p.m.