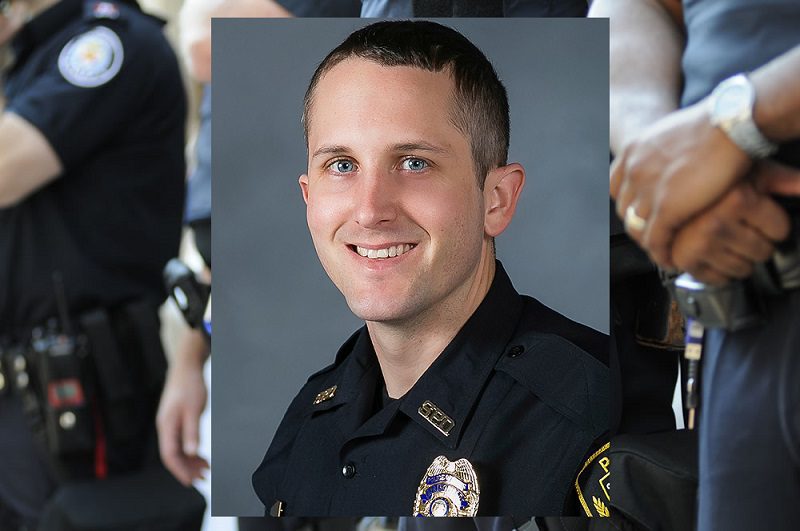 On March 15, 2020, just after 11 pm, in Springfield, Missouri, a car went crashing into the Kum & Go on East Chestnut Expressway. The driver of the vehicle jumped out and began shooting. Calls had come into police regarding the same driver as the active shooter who had previously been firing his weapon near the intersections of Battlefield Road and Lone Pine Avenue as well as other locations, including the 2100 block of S. Ingram Mill and the intersections of Sunshine and Highway 65.

As the suspect began shooting, he started shooting customers and employees. Springfield police rushed to the scene. Officer Christopher Walsh and Officer Josiah Overton were the first officers on the scene. Upon their arrival, the suspect immediately began firing at the officers. The gunbattle continued as officers attempted to get close enough to find a way inside to rescue victims and save their lives. Officer Christopher Walsh had training as an EMT and was looking to find a way to get to the victims. As the officers attempted to enter the store against bullets flying, both were hit.

Back up arrived to find both officers had been shot. The suspect had committed suicide. They attempted to rescue the victims, but only one was still alive. They found two other victims already dead from gunshot wounds. The arriving officers pulled the victim, and both officers from the building. Officer Walsh was rushed to the nearest hospital but later died from his wounds. Officer Overton, who was also shot, sustained serious but non-life-threatening injuries and is currently under treatment at the hospital.

In a statement, the Springfield Police Department said, “Both of these officers showed significant bravery and were heroic in their actions.” Police Chief Paul Williams added this about Officer Chris Walsh, “Chris died a hero, rushing in without regard to his safety to protect members of his community. His courageous actions serve as an example to us all.”

Walsh joined the Springfield PD after graduating with the 68th Academy Class. He served his country as an Army veteran and continued with ten additional years in the U.S. Army Reserves. The three victims who died in the shooting were two males aged 57 and 22, and a 47-year-old female. The fourth victim is being treated at Mercy Hospital and remains in critical condition.

Gun Violence on the Rise

America has a rising gun violence epidemic. Every day, 93 Americans are killed due to gun violence. It isn’t just an adult problem. In the U.S., on average, seven children and teens are killed each day from guns. Every single month, in the land of the free, an average of 50 women are shot to death by their partners. If any of these numbers are surprising, realize that the numbers are going up, not down.

If a woman, man, or family is living in domestic violence situations in a household with a gun, there is 5X the risk of the woman being shot and killed by her partner. There is an extreme defining factor in the race. A black man is 14X more likely to be killed by gun violence than a white man.

Death rates by gun violence in America are rising. Currently, over 12,000 people each year are killed in a homicide with gun violence. If you live in the United States, versus any other country in the world, the rates of murder by gun violence is 25% higher than every other country on the globe. What’s more, the NRA is allowed to lobby the U.S. government to continue their agenda despite the changes demanded by voting constituents, all while under the guise of a “non-profit” organization. There is nothing non-profit about the NRA.

Police Officer Christopher Walsh grew up in Springfield, Missouri. After many years of service to our country in the military, it was natural that he would want to be a part of the Springfield Police Department. Officer Walsh served the community of Springfield with great honor for three years and six months. After graduating from the 63rd Academy, he had great pride in becoming an officer in the very community he grew up in, had family, and where he lived. He was a local hero to his friends, neighbors, and those he came into contact with him.

Springfield PD has a long history in the United States. In 1829, the community of Springfield was formed. The first constable position was initiated in 1848. By 1858, the population had grown to over 1200 citizens, and a police department was formally created with a single Marshal and two officers.

In 1865, the first “high noon” shootout in the world occurred on the public square. Many movies have been made about this infamous day in Springfield. The shootout was between James Butler “Wild Bill” Hickock and Dave Tutt. Wild Bill shot and killed Tutt in the shoot out over a woman and a pocket watch he lost in a poker game. Ironically, a couple months later, he was acquitted of manslaughter charges, and then the following year ran for Marshal. He came in second place out of the five men who ran in that year’s election, which was the first post-civil-war election in Springfield. Uniquely, and a significant part of the tales of American history, the first police officer shooting with the Springfield PD occurred in 1866, and the only eye witness was Wild Bill Hickock.

Police Officer Chris Walsh must have been very proud to be a member of a department with such deep roots and varied history throughout the years as America has grown from a budding young country to the nation it is today. The Springfield PD maintains a lengthy page on its website describing in detail their history and growth over the years. It is worth the time to read and appreciate it as a historical adventure in policing.

No officer should have to put on his uniform and badge for the last time before leaving for work. Every officer deserves the right to go home to his life, family, and friends at the end of their shift. Police Officer Christopher Walsh was lost too young, no matter his occupation. He was 32 years of age. He left behind his wife and child, who was expecting him to return home after his shift. Their grief, the grief of fellow officers, has enveloped the entire city of Springfield.

On Tuesday, March 17, 2020, officers and citizens alike lined the streets of Springfield to pay their respects to the fallen officer as he was brought home for the last time. The Springfield Police Department has set up a memorial fund for his young family to help them during this time of loss, and for the many financial burdens they will be facing in the future. The Springfield’s Police Officers’ Association has worked with the Metro Credit Union to set up a relief fund in his honor. Due to the coronavirus, they are asking to mail the donations, drop off through the drive-thru, or the night dropbox. For donations to be mailed, send them to: Metro Credit Union (Downtown) 447 S. Campbell Ave, Springfield, MO 65806. All donations made will be for Officer Walsh’s family, and is necessary to provide a blanket of protection for his loved ones as they get through the tough times ahead.