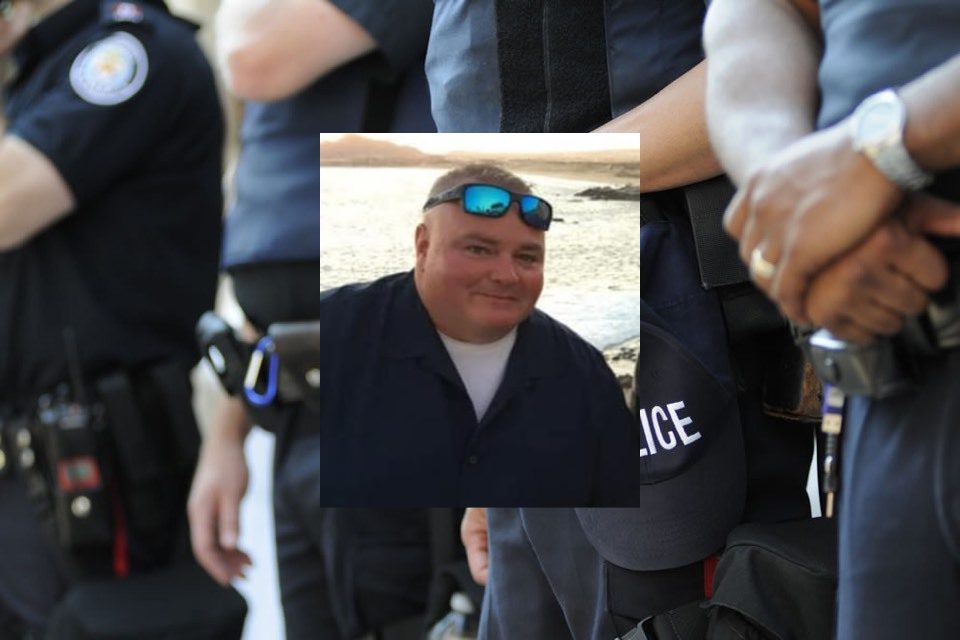 New Jersey officials were saddened to announce the loss of another local officer to the pandemic virus, COVID19. On December 2, 2020, Police Officer Christopher D. Cronin passed away due to complications of the virus. He was 46 years old.

Officer Cronin served his community as a law enforcement officer for twenty years. It was a family affair. His father and brother were also law enforcement officers with the Old Bridge Township Police Department. Officer Cronin received several letters of appreciation, award nominations, and a letter of commendation during the length of his policing career. Cronin was well-loved by community residents. He had been raised in Old Bridge Township and enjoyed his career caring for and protecting the people around him.

The Old Bridge Township Police Department dedicated the closing statement of the year to the fallen member of their department, Officer Cronin. It was posted on their Facebook page on January 1, 2021. “As 2020 grinds to an end, we cannot help but look back on what we’ve lost and what we’ve gained this year. We’ve lost family. We’ve lost dear friends, and we’ve lost loved ones. We’ve lost trust, some common sense, and in some cases, freedom to an invisible foe. To those who have lost someone close to them … please keep telling their story.”

Several members of the Cronin family served with the Old Bridge Township Police Department. The history of the OBPD began with an act established by the Township Committee in 1942. Initially, the new police department consisted of a chief, originally Chief Otto Kengetter, and a few auxiliary officers who assisted when needed.

The agency’s beginnings included one patrol car, which was not equipped with what we consider standard police equipment today. The vehicle did not have a functioning radio, and the officer would have to ask to use a nearby private phone to call in any emergencies.

Today’s department is much more modern and can serve its nearly 65,000 residents. Recently, Chief William A. Volkert retired after 42 years of service. The agency protects the residents and provides other law enforcement needs. The OBPD has holding cells, court access, detectives, and other essential law enforcement divisions, including SWAT.

COVID19 continues to leave its mark behind with families. It is a tragedy that has taken hundreds of thousands of lives in the United States. Law enforcement and other first responders have been hit in significant numbers.

The Old Bridge Township Police Department posted a touching announcement of the loss of Officer Cronin on their Facebook page. “It is with deepest sadness that we inform you of the passing of Officer Chris Cronin, who died suddenly at his home on December 2.”

“Chris was born and raised in Old Bridge. He attended St. Thomas Grammar School and Madison Central High School. He studied at Nova Southeastern University in Florida. Chris followed in the footsteps of his father, retired Old Bridge Police Department Captain Dennis Cronin, joining the OBPD in 2000. Shortly thereafter, they were joined by his brother, Detective Mike Cronin.”

“Chris proudly served and protected the residents of Old Bridge Township for 21 years. He enjoyed being a part of the community he grew up in and serving those in need. In addition to his father and brother, Chris leaves behind his wife. Chris was well-liked by everyone that knew him and met him. He was a good friend and a dedicated officer. He will be deeply missed.”

Captain Joseph Mandola, Jr., with the Old Bridge Township Police Department, commented on how well-liked Officer Cronin was with residents. “He was very well-liked by everyone, and everyone who came across him took a liking to him. There was not a negative word to say about him. He will definitely be missed by many.”