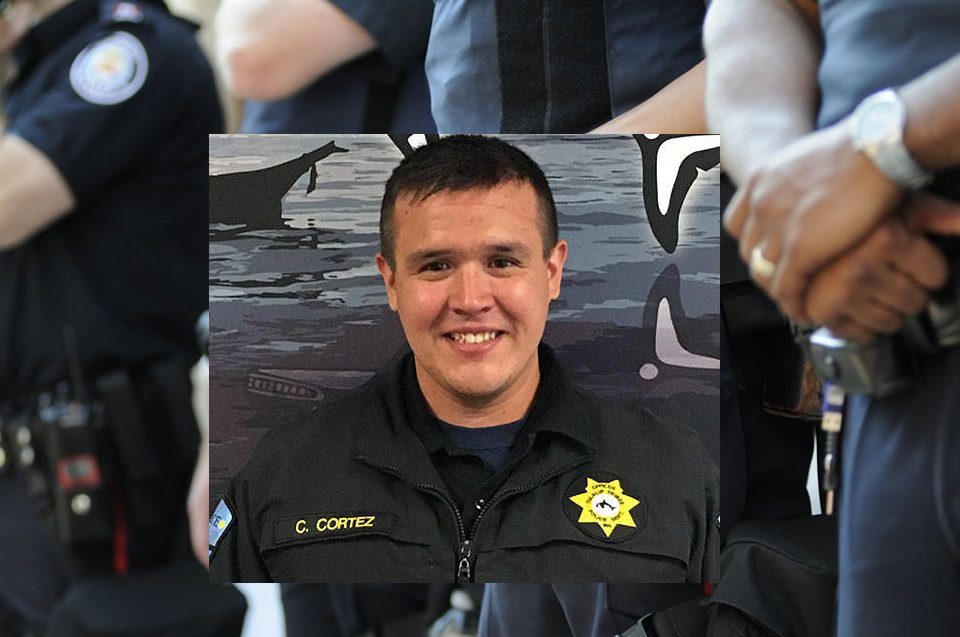 Everett, Washington authorities were stunned to announce the loss of a young local officer due to drowning. Police Officer Charlie Cortez, age 29, was out on a rescue mission and went missing in Puget Sound after his boat was capsized. Officer Cortez had served his community with the Tulalip Tribal Police Department for the past three years.

Police Officer Cortez and his partner had been out on the water, rescuing another boat near Jetty Island. While escorting the distressed boater through Tulalip Bay, a massive rogue wave slammed against the 24-foot law enforcement fisheries vessel both officers were in. The boat capsized when it was hit by the wave, tossing both officers out at sea.

Immediately a search was called by tribal, local, state, and federal agencies. Near 11:45 pm, fishermen located Officer Cortez’s partner near Hat Island. His partner, Police Officer Shawn Edge, age 39, was suffering from exhaustion and hypothermia. The boat had capsized before 9:00 pm, making it close to three hours that Officer Edge had been in the dangerously cold water. He was rushed to Providence Medical Center for treatment.

After a long search effort, the search was turned into a recovery effort. It is presumed that Officer Cortez did not survive the incident. Everett Fire Officials noted that it would likely be impossible for him to survive the turbulent waters near 50 degrees. Officer Cortez was pronounced dead and lost at sea. Following this tragic news, it was noted that his partner, Officer Edge, was upgraded to a stable condition.

Officer Charlie Cortez is the first Tulalip Tribal Police Officer to die in the line of duty. Approximately 40 tribal members and their fishing fleet spent over 22 hours searching for Officer Cortez. The search continues as they look for his body. Niki Cleary of the Tulalip Police Department commented that they would keep looking. “We currently have around a dozen government agencies, four local tribes, and countless local volunteers searching local beaches. Please rest assured we are committed to search until we bring Charlie home.”

Police Chief Chris Sutter commented on the search. “We’ve held out hope for a miracle the climate and the frigid water here in the Northwest; realistically, this mission changed overnight from a rescue to a recovery.”

The loss saddened Tulalip Tribal Police Chief Chris Sutter. “Our officer who’s missing is not just a coworker, but he’s a friend and a brother, and our department is grieving right now,” Sutter said. “We have such tremendous support from all the community in Tulalip, and we’re getting through this together.”

Chief Sutter thanked the many individuals who gave their time to help look for Officer Cortez. “Charlie was a wonderful man and an officer. We are devastated by this loss. Tulalip Fish and Wildlife are often called upon to conduct searches such as this one. I know Charlie would have been there for you, and I can’t say thank you enough to the many individuals and agencies that came together to be there for him.”

Tulalip Tribal Chairwoman Teri Gobin talked of the community’s heartbreak. “As our search-and-rescue mission transitions into a search and recovery, we are heartbroken. Our people are connected to the water, and we know the risk when we go out. Today we lost a good man, a father, brother, and son.”

Snohomish County Sheriff’s Office posted their condolences on Twitter. “As our units continue to search for missing Tulalip Officer Charlie Cortez, our hearts and prayers are with his family, friends, loved ones, and the entire Tulalip Police Department.”