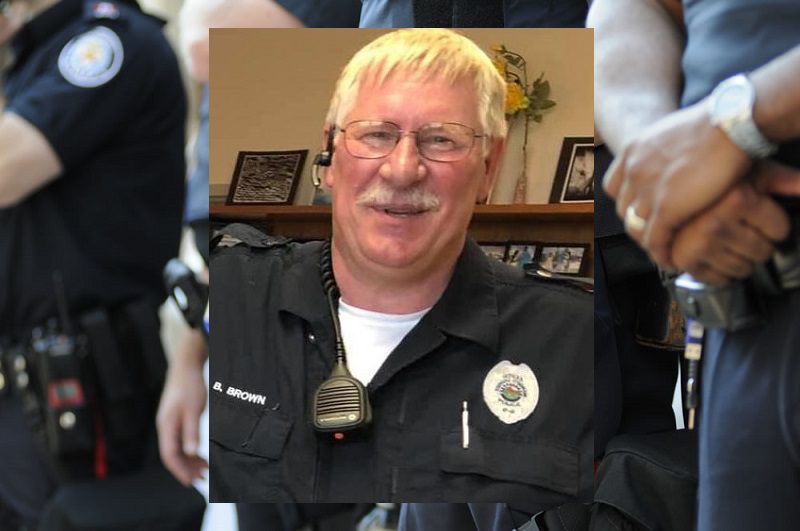 On August 27, 2020, authorities announced that a tribal police officer had been killed during a vehicular assault. Police Officer Bryan Brown had served with the Tohono O’odham Nation Police Department for 19 years. He is the first officer killed in the line of duty from the Tohono O’odham Native Police since 1998.

Thursday morning, the local police received a call about a man driving erratically and possibly armed. The driver was high on meth and other substances and was reported to have been in this condition for several days straight. As Brown approached, the suspect lunged at him with a broken bottle in his hands. While trying to apprehend an armed subject, Brown lost his life.

The suspect, after threatening Brown with the broken bottle, then jumped into Brown’s police car. He began to flee the arrest. However, the suspect then turned the car around and drove straight for Brown and a United States Border Patrol officer and vehicle. Brown fired shots at the suspect as he went straight at him to run him over.

The driver hit the car of the USBP officer then turned the car on Brown. He struck Officer Brown and then sped off. The suspect managed to hit and damage two more USBP vehicles before being captured and arrested.

Officer Brown was rushed to the nearest hospital, where he succumbed to his wounds. Before serving his community and the Native American tribes as a police officer, he served his country in the U.S. Army. He was a veteran of the Gulf War.

The Tohono O’odham nation has its origins in the Sonoran Desert. According to their history, their predecessors, the Hohokam, settled along the Salt, Gila, and Santa Cruz Rivers thousands of years ago. The Hohokam were fantastic desert dwellers who created man intricate canal systems to irrigate crops. They grew cotton, tobacco, corn, beans, and squash. The ancestors build huge ceremonial mounds. Many artifacts have been discovered, including red-on-buff pottery and beautiful jewelry made of stones, shells, and clay.

The tribe had become scientists of the desert environment in which they resided. Today, the tribe continues to follow the original planting seasons and create complicated water storage and delivery systems. Their homes migrated to some of the colder mountain areas. They also have a tradition of carefully only hunting for the meat needed to preserve the wildlife habitat. Today’s tribal members continue the proud heritage today as Tohono O’odham Native Americans.

Large Family of Children Left Behind

His extensive family survives police Officer Bryan Brown. Brown leaves behind his wife, seven children, four step-children, eight grandchildren, and his father. Many have joined the family in sharing their loss.

U.S. Representative Debbie Lesko commented about the loss on her Twitter account. “My thoughts and prayers go out to the family of Officer Bryan Brown, the Tohono O’odham Police Department, and the entire tribe as they mourn the loss of Officer Brown, who was killed in the line of duty.”

Also on Twitter, Police Officer Frank Magos of the Tucson Police Department shared in the grief of a fellow officer and his family. “We grieve with the entire Tohono O’Odham Nation over the loss of Ofc. Bryan Brown. My sincerest condolences to his family.”

The Arizona Department of Agriculture also shared their condolences and grief on Twitter. “Flags at state buildings are at half-staff today to honor Tohono O’odham Police Officer Bryan Brown, who died in the line of duty yesterday. #RIP”

Tohono O’odham Nation Vice Chairwoman Wavalene Saunders expressed condolences for the loss of Officer Brown. “Please also think of his fellow officers who continue to put their lives on the line for us every day. We are grieving this loss together as a Nation, and we are thankful for the outpouring of support and condolences from across the state.”