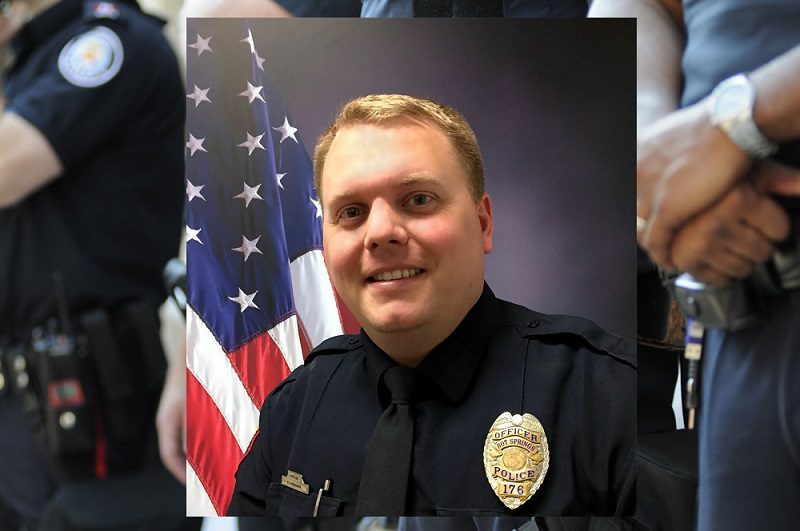 In Hot Springs, Arkansas, the 2016 Regional Officer of the Year, Police Officer Brent Scrimshire, was shot and killed during a shootout that occurred at approximately 6:30pm on Tuesday, March 10, 2020. It started as a routine traffic stop, it ended in a shootout. The incident occurred on the 100 block of Kenwood Street.

At the time of this study conducted by the Journal of Criminal Justice in 2001, the conclusion was that during traffic stops thousands of officers had come under assault and at least 300 officers had been feloniously killed or murdered by drivers or occupants of vehicles that had been pulled over on traffic violations. These types of studies are meant to help officers prepare for situations they may face on the job, but even being well prepared cannot always protect you from someone who is intent on criminal actions.

Police Officer Brent Scrimshire had been a member of the Hot Springs, Arkansas Police Department for about six years. He was well liked by those in the community and by his fellow officers. Officer Scrimshire had been awarded the coveted Regional Officer of the Year in 2016, and just recently as Employee of the Quarter, an award which he had won several times, in October, 2019. His supervisors stated that he was chosen for his dedication to his job, work ethic, and professionalism. He also wanted to be the first one to do more for his community.

Outpouring of Support for Hero

Having done so much for the community of Hot Springs, the police department and other officers wanted to give the citizens a way to grieve their loss of Officer Scrimshire or to simply pay their respects to someone who had given his life in order to keep them safe. Officers brought Scrimshire’s Police vehicle to park in front of the police department allowing visitors to create a make-shift memorial out of his vehicle. An outpouring of support came from individuals in the community as well as departments and other officers across the country. His vehicle was covered with many tributes, flowers, and cards as a way to show they cared for the family and to remember one of their city’s finest officers.

Officer Scrimshire left behind his wife and two young children, who will have much to bear without him there to hold them up in life. His wife is in the healthcare industry and as a couple they worked as a team to give back to all that they knew both personally and professionally. A go-fund-me page was put up to help his wife and children get through this very difficult time. A memorial fund has also been created at Farmers Bank and Trust, in Malvern, AR, for Officer 1st Class Brent Scrimshire. He was awarded the Regional Officer of the Year for always going above and beyond his duties. This time, he put his own life on the line, in order to keep everyone in his community safe. He went above and beyond in his last moments.