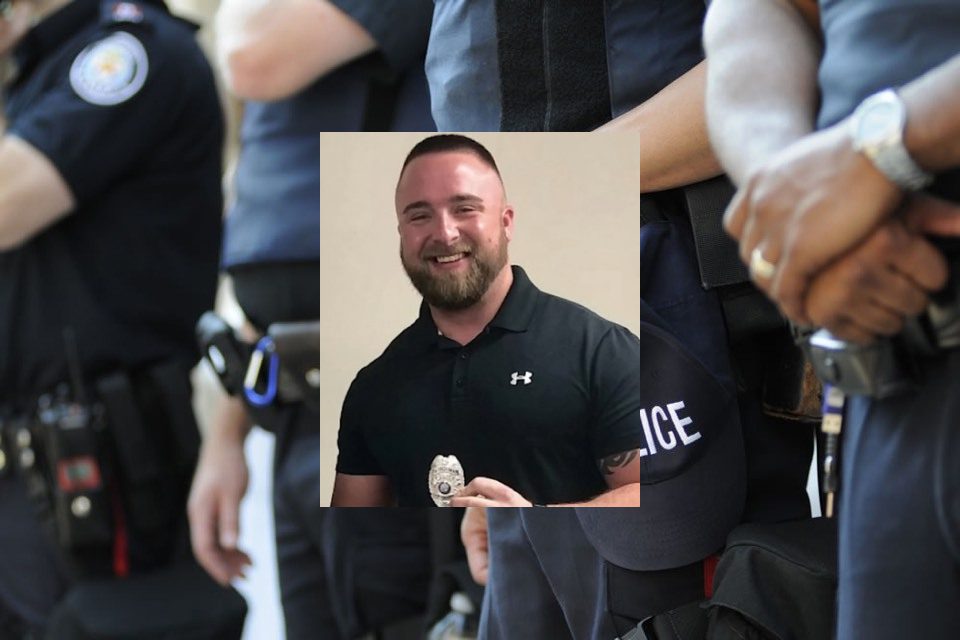 Tragedy has hit the town of Newton Grove, North Carolina. On Saturday, April 3, 2021, law enforcement officials gathered to brief the public that one of their officers had died due to an accident. Many in the community were struck to hear the words Police Officer Brent Nelson Hall had been killed in an automobile accident.

Loss is always tragic for all those who were friends and loved ones of an officer. There is something even more deeply felt when a young new officer is taken who was vibrant, energetic, and well-liked by his community. Police Officer Brent Nelson Hall was 26 years old.

Investigations are still pending; however, some details are available. Hall had been driving toward Newton Grove. At approximately 6:40 pm, Hall suffered a medical emergency. His reaction caused his vehicle to accelerate. His patrol vehicle left the road at a high rate of speed. The officer’s vehicle struck a utility pole, and the blunt force trauma killed him on impact. The accident happened near the intersection of Northeast Boulevard and Isaac Weeks Road in Clinton.

According to statistics, in 2017, for every ten fatal accidents involving an officer, seven of them were single-vehicle accidents. Civilians understand that policing as an occupation is inherently dangerous. What usually comes to mind is gun violence and drug-related crimes. While violent crimes do exist, it surprises most to know that the number one cause of line of duty deaths is automobile-related.

Agencies around the country are working closely with their law enforcement officers to make their travels safer. They offer driver training courses emphasizing safety. They encourage officers to wear their seat belts. The goal is to reduce the number of lives lost. As civilians, we can help by following state laws that tell us, drivers, to slow down and change lanes if possible when we see an officer on the road.

The Newton Grove Police Department hired Police Officer Brent Hall as an auxiliary officer in 2017. The department is a small one and had been looking for a few additional officers for backup.

The news of the loss was harrowing and devastating to the family of Officer Hall. Police Officer Brent Nelson Hall leaves behind his parents and sister. He also has other extended family in the area, including the Police Chief, who thought of him as a son.

Newton Grove Police Chief Greg Warren. “He was like a son to me.”

Chief Warren also issued the following statement about the loss to all Newton Grove residents. “Jesus, the Great Physician, the loss of life of one of our police officers is so very painful and devastating to endure. It can ravage a community for such a long time. I ask that You come and dwell in our midst. Let Your holy word be a healing balm that soothes our wounds and allows us to heal from the loss of this police officer. Help us to learn from his/her selfless example of dedication and devotion to protecting us. Let our memories of him/her not be ones of sadness for their loss, but of celebration of a life lived in the image of You. Amen.”

Brent Hall’s sister, Amanda Brewington, is devastated by the loss. “My husband asked me this morning if I wanted to go by there… I can’t. I saw a picture of it on Facebook, and I fell on the ground. People keep saying, ‘what do you need or what can I do for you?’ I don’t mean it ugly, but unless you can bring my brother back, there’s nothing you can do. I mean, I’d give anything.”