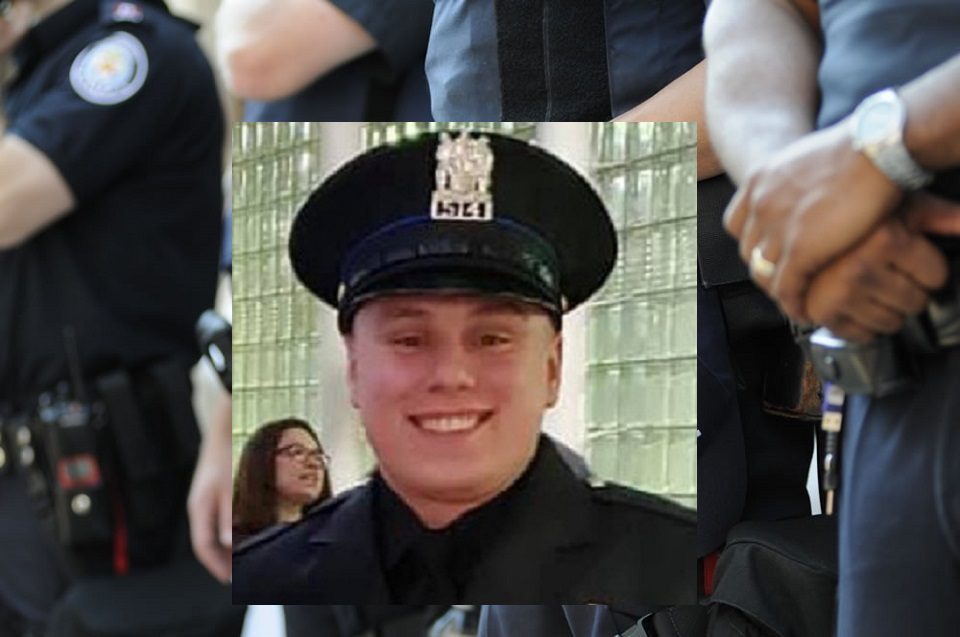 On January 18, 2021, Ohio authorities were devastated to announce a young and promising police officer’s loss. Police Officer Brandon Stalker, age 24, was shot and killed during a standoff in Toledo. He had worn badge number 514 for the past two and a half years for the Toledo Police Department.

It was approximately 6:30 pm when the suspect shot and killed Officer Stalker. Stalker had been on the perimeter of the scene as the police surrounded a church on Collingwood Boulevard.

It was near 2:20 am an emergency call had come in regarding a potential arson. The front doors of the historic Rosary Cathedral had been set on fire. The walls had been spray-painted with racially-motivated hate-filled words.

A person meeting the description of the suspect was spotted on Fulton Street around 3:30 pm that afternoon. Officers attempted to speak with the man, but he then drew a gun and ran into a home on the 2300 block of Fulton. He barricaded himself inside the house.

Toledo Police Department soon had their SWAT team respond to the scene. SWAT attempted to negotiate with the suspect, but the negotiations were not successful. The decision was made to fire a chemical irritant into the home to drive out the suspect.

The suspect then ran out of the door of the home with two handguns drawn. He opened fire on the surrounding officers. Officer Brandon Stalker, who had been checking the perimeter, was shot in the head. Fatally wounded, Stalker died on the scene.

As the man fired his weapons, other officers returned fire, and he was shot and killed.

Toledo had a law enforcement presence since 1837 when the city was first chartered. At that time, the city-appointed Calvin Comstock as the first City Marshal. He was the basis of law enforcement for the town from 1837 to 1867. For nearly thirty years, he kept the peace for the residents.
Today, the Toledo Police Department has grown along with the city. No longer a department of one, the agency has hundreds of officers, several districts and precincts, and various programs to help the residents in their daily lives.

The local Fraternal Order of Police still commemorates its beginnings with Calvin Comstock. On the walls of their building is a memorial that reads, “The law of the wilderness was abandoned once Toledo became a chartered City. When the hearty band of settlers in this region agreed upon the city’s charter, law enforcement amounted to the appointment of one City Marshal, Calvin Comstock. He stood alone, supposedly ready to battle ruffians, thieves, and hoodlums. What threat his presence imposed in the fledgling settlement of Toledo is unknown.”

The community of Toledo is coming together to mourn the loss of the young and well-liked officer. The residents had placed such hope on Stalker that he was a shining star just beginning many years of service to the community. Police Officer Brandon Stalker leaves behind his fiancé and very young child. Toledo, fellow officers, extended family, and friends will help the young family through their time of grief and honor the memory of Officer Stalker.

Toledo Chief of Police George Kral was heartbroken as he described Stalker as ‘an amazing officer.’ “Unfortunate day for the city of Toledo and specifically the Toledo Police Department. I’m sad to say that Officer Brandon Stalker was struck once and has passed away.”

Chief Kral had been so shaken that he could not take any further questions, and more information will be released later.

The Governor of Ohio, Mike DeWine, ordered flags to be flown at half-staff across the state until Stalker’s funeral. He also shared condolences on social media. Fran and I are deeply saddened to learn of the death of @ToledoPolice Officer Brandon Stalker. He is the second Toledo officer killed in the line of duty in less than a year. Our hearts go out to his family, friends, Chief @gkraltoledo, and everyone at the Toledo Police Department.”