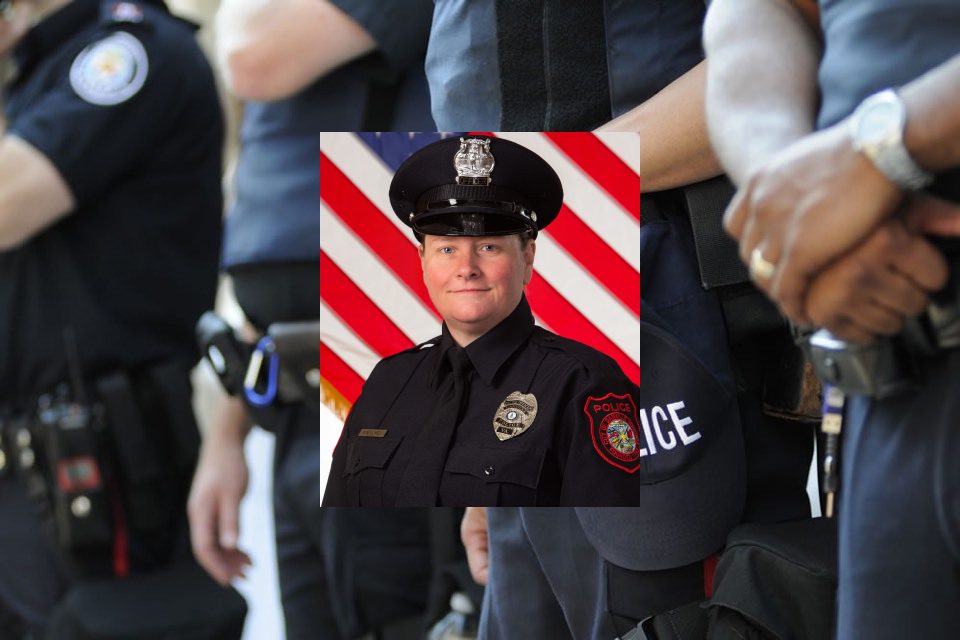 On Thursday, September 9, 2021, Virginia authorities announced to residents that a local police officer had died from COVID19. Unfortunately, COVID19 has become the number one cause of line of duty deaths for law enforcement officers across the country. Police Officer Bonnie Nicole Jones, badge number PD 139, passed away due to complications from contracting the virus during her duties. For law enforcement, it is nearly impossible to social distance while doing their job, making their job very dangerous in these times against an invisible threat. Officer Bonnie Jones was 46 years old.

Officer Jones had been a dedicated sworn law enforcement officer with the Danville Police Department for seventeen years. Jones was a quiet, sweet person who loved being an officer and helping others. She enjoyed camping at the beach and rescuing animals. Jones was dog mom to a 14-year-old Chihuahua named Taz. She had saved him from the pound when he was a puppy.

Officer Jones was an entrepreneur and an inventor. She developed and patented an electronic fence system for pets that can be taken on travels such as camping or at the beach.

Police Officer Jones chose to serve the residents of her community for seventeen years as an officer with the DPD, the Danville Police Department. She loved her job as an officer.

The DPD is a medium-sized, fully accredited law enforcement agency. They serve a population of approximately 54,000 residents in a city that spans 43.7 square miles. Danville, Virginia, is located on the Dan River and historically has been home to numerous Native American tribes. The area received its name due to the English colonist William Byrd. He loved the beauty of the area and the long meandering river, which he kept referring to as “The Dan” as he stated he had wandered “From Dan to Beersheba,” a biblical phrase used by the Hebrews. Jones was known to love nature, camping, and animals.

Police Officer Bonnie Nicole Jones leaves behind her mother and brother. She also has many friends, neighbors, and coworkers who will also mourn her loss. In addition, police officers from area agencies and honor guards will help honor her memory and show Officer Jones the gratitude deserving for sacrificing her life for others.

Partner, friend, and coworker Officer Kris Hardin spoke of what she learned from Officer Jones. “She was very fair. She taught me a lot of things. To be fair, that’s how you get respected on the street.”

Steve Wightman of the Big Shout Out gave a shout to the Danville Police Department to honor the loss and share in their grief. “Honoring Danville, Virginia, Police Department Police Officer Bonnie Nicole Jones, died September 9, 2021, after contracting COVID-19 in the line of duty. Honor her, so she is not forgotten.”