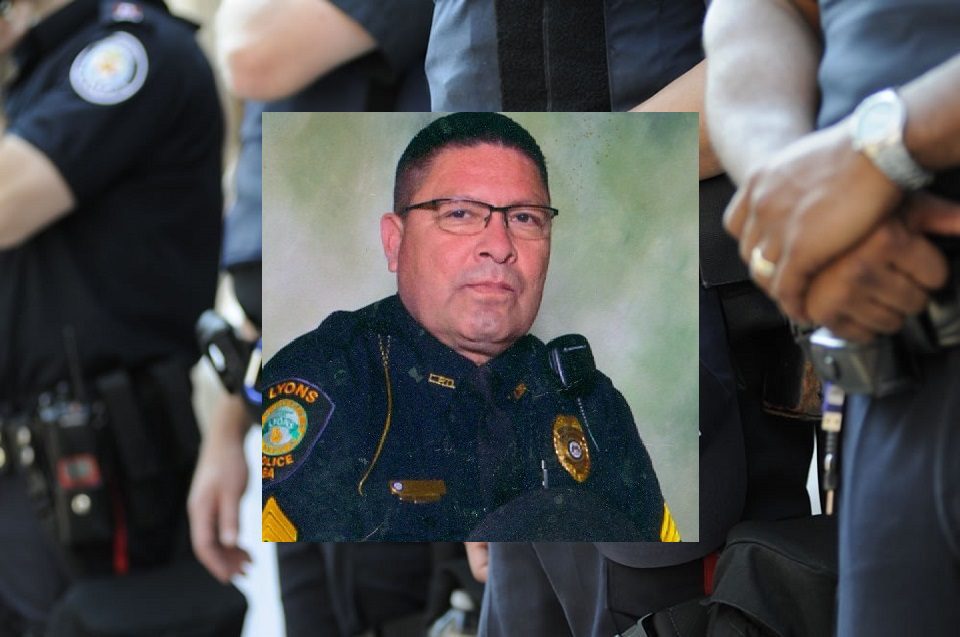 Authorities are heartbroken to announce the loss of a Georgia police officer to the coronavirus. Police Officer Arturo Villegas, age 59, died on Sunday, January 10, 2021. He had contracted COVID through the course of his duties as a police officer. He is the first officer of the Alamo Police Department to lose his life in the line of duty.

‘Art’ Villegas lived in Toombs County, Georgia. He had been receiving treatment for the virus at Orange Park Medical Center in Orange Park, Florida.

The City of Alamo posted photos of a memorial created for Officer Villegas on their social media. They had built a large cross with blue ribbons around it. The city included the message, “In honor of Police officer Art Villegas. We love and miss you.”

The Alamo Police Department is small. It had few full-time officers. These officers helped to provide law enforcement services to a population of about 3300 residents. The loss of any officer is too significant to bear, but for the small town of Alamo, Georgia, the loss of one officer is nearly half of their police agency.

Founded in 1890, Alamo is located in Wheeler County, Georgia. Its early beginnings were formed around a train stop for the Seaboard Air Line Railroad. Officially chartered in 1909, the area was named after the Alamo Mission in San Antonio, Texas. The Courthouse, built-in 1917, is listed on America’s National Registry of Historic Places. The town also has an active theater group, The Lamplighter Little Theatre, which opened in 1919.

COVID has left a swath of devastation in its path around the globe. Families everywhere are picking up the pieces of their lives and facing the loss of loved ones. The Villegas was a large family and will need the support of those around them. Police Officer Arturo Villegas leaves behind six children, a sister, three brothers, and four grandchildren. The community of the Alamo, friends, coworkers, and extended family will help the Villegas celebrate the life lived by Arturo. In sharing sadness, they will help the family overcome their grief. Due to wanting to protect the community, services will be streamed live.

The City of Alamo shared the funeral services with residents on their Facebook page. The residents took great pride in how they cared for Villegas. Many residents came to show their gratitude for his dedication and sacrifice. The city also shared a video of the police escort for Villegas as he went through the Alamo town.