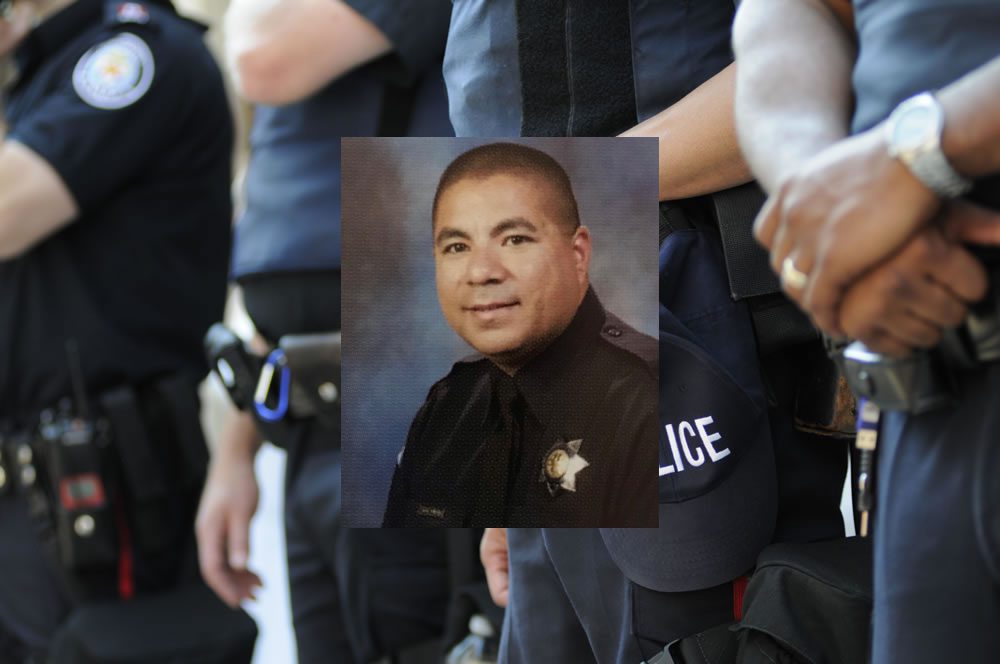 On Monday, December 28, 2020, California authorities from the City of Fresno were disheartened to announce that one of their local officers had fallen due to COVID19. Police Officer Angel De La Fuente, age 49, died from complications of the virus.

Officers across the country have had to face an invisible threat for the past year and paying the price. As the pandemic has ravaged the world, certain professions have realized that they are at significant risk for exposure to the virus. Healthcare workers, first responders, law enforcement, and essential employees are on the front line, continuing to serve communities but risking their very lives doing so.

Officer De La Fuente graduated high school and chose right away to go into civil service. De La Fuente is a veteran of the US Army. After serving as a soldier, he decided to start a career in law enforcement. He proudly wore badge number 1114 for the Fresno Police Department for more than 22 years.

According to local reports, at the time of De La Fuente’s death, the Fresno Police Department has seen more than 100 cases of COVID among officers and staff. At one point, more than 500 staff and officers were on protective quarantine. Officer De La Fuente is the first officer in the agency to succumb to the illness.

The department has been wrought with strife but is looking forward to a better tomorrow. Currently, the agency employs approximately 815 sworn police officers and has over 250 civilian staff members. Officers of the Fresno Police Department patrol nearly 105 square miles and serve over 500,000 residents.

As COVID continues to spread, Americans have lost more than 500,000 residents to the deadly virus. Families everywhere are dealing with grief and a future without loved ones. Police Officer Angel De La Fuente leaves behind his wife and four children. The community and other law enforcement officers came forward to demonstrate their gratitude for the sacrifice made by Officer De La Fuente.

Fresno Police Chief Andy Hall was shocked by the loss. “I’m heartbroken, and I’m angry, you know I don’t know why this disease picks and chooses its victims. Angel is a prince among men. He started his life as a soldier serving his country and later served his community; he’s always felt that need to serve his fellow mankind.”

Former Police Chief and new Mayor-elect Jerry Dyer commented on De La Fuente’s ethics and leadership. “Angel was one of those guys where as soon as you met him, you liked him, and he had an incredible reputation with the other officers. When you think today about what you want your police officers to be like, you want them to be like Angel.”

California Governor Gavin Newsom gave his condolences and ordered flags to be flown at half-staff. “Jennifer and I were deeply saddened to learn of the recent passing of Officer De La Fuente, a highly regarded member of his community who dedicated his life to serving his state and nation. We extend our sincere condolences to Officer De La Fuente’s family, friends and colleagues during this difficult time.”