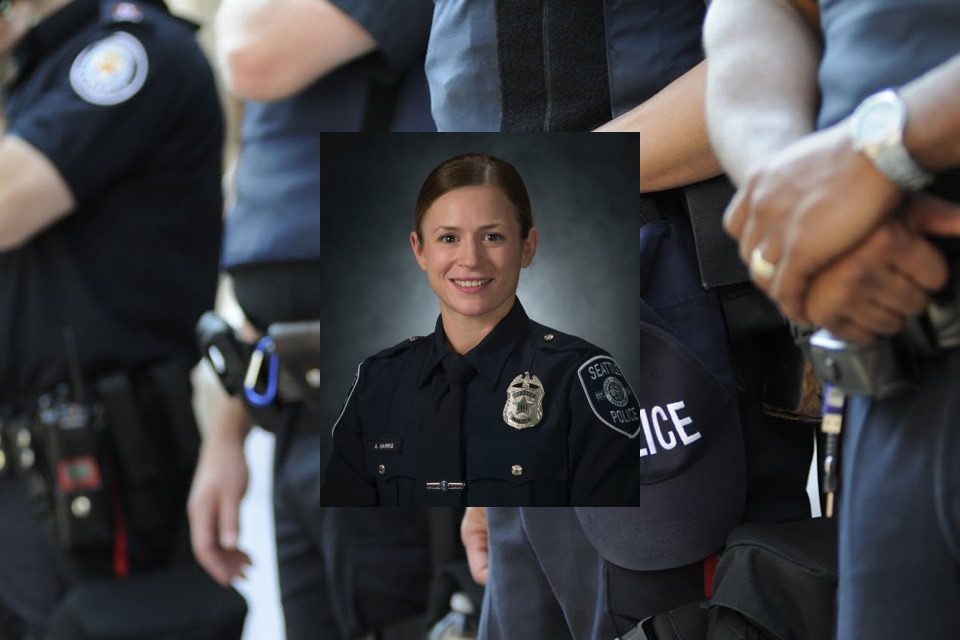 On Sunday, June 13, 2021, local Seattle, Washington authorities came forward to brief the public that a local police officer had been killed in a tragic accident. Police Officer Alexandra Brenneman Harris, age 38, was killed when she was struck by a vehicle while checking if others needed help. Officer Harris had served her community for the last five years as an officer with the Seattle Police Department.

Harris was on her way home, having just completed her shift on Sunday. It was approximately 1:15 am when she encountered a severe car accident on I-5 near Spokane Street. Harris pulled over to check on the welfare of the crash victims and call for help. As she exited her vehicle, another driver accidentally struck her.

After Officer Harris had been struck by the passing vehicle, one of the individuals from the original crash fled the scene. The crash victim stole Officer Harris’s private car and drove away from the three-car pile-up. The vehicle driver that had hit Harris stayed at the location and has been cooperating with the investigation.

Officer Harris had served with the West Precinct. She was well-known to other officers for her work in the department’s Wellness Unit. This group focused on supporting both the mental and physical health of officers. Recently, Harris had been assigned to the Community Response Group. This group is a large organized squad that responds to protests and serves back up to other investigations.

Officer Harris enjoyed her work with the Seattle Police Department. It is the primary law enforcement agency in the city of Seattle. The agency covers the entire city limits of Seattle, except for the University of Washington campus, which has its department. The SPD is a forward-thinking, progressive law enforcement department that holds national accreditations by the Commission on Accreditation for Law Enforcement Agencies.

Seattle’s first law enforcement began with a marshal appointed in 1870. Today the department has over 1300 sworn officers and more than 600 civilian employees. They provide various services, including patrols, SWAT, community service, and protection. Officers in the SPD follow their motto: “Service, Pride, Dedication.”

Police Officer Alexandra Brenneman Harris leaves behind her tight-knit family, her fiancé, and his two daughters. She was looking forward to the day she could be their ‘official’ stepmom, often referring to them as her “bonus daughters.” The local law enforcement agencies, neighbors, and residents will come to honor the sacrifice made by Officer Harris and support her family during this struggle.

Interim Seattle Police Chief Adrian Diaz spoke highly of “Lexi,” as her friends called her, and shared condolences with the family. “Her dedication to the people of this city is an example to every member of our department and all those who will come after her.”

The Seattle Police Department issued a statement regarding the loss, which described her commitment to the residents of Seattle. “Lexi was a dedicated Seattle Police officer who loved her work and was committed to bringing her considerable thoughtfulness and vision to the challenges of serving the community through compassionate policing. She also was a daughter, sister, partner, and ‘mother-by-choice’ and for whom family was paramount. Her sudden death is a shock and leaves a hole in the fabric of the lives of her family and friends.”