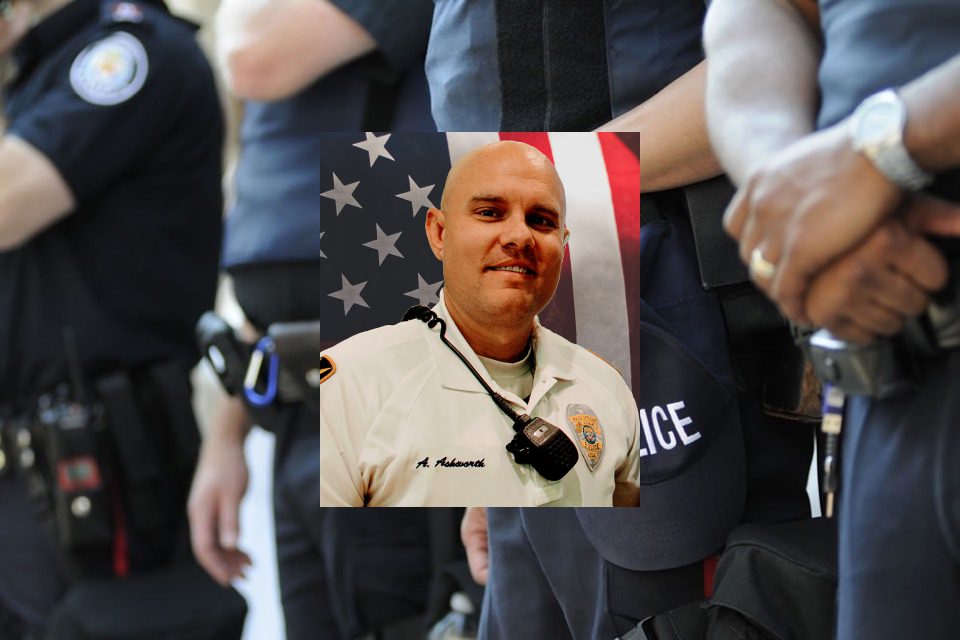 On Thursday, July 22, 2021, Utah residents were informed that they had lost a local police officer to the COVID19 pandemic. The St. George Police Department had reported that one of their officers had passed due to complications arising from the coronavirus. Police Officer Adam Ashworth, age 39, had served with the department for more than 11 years. He proudly wore badge number P197 as he served his community and helped those around him.

It has been determined that Officer Ashworth likely contracted the virus while on the job. Hundreds of officers across the country have died due to contracting the deadly virus. Yet, despite the risk to themselves and their families, these officers put on their badge and uniform each day, facing the unknown, invisible threat. After getting COVID, Ashworth was hospitalized for two weeks with covid-induced pneumonia, only then to be put in a medical coma to attempt to save his life.

Officer Ashworth began his law enforcement career in September of 2011. For much of his time with the agency, Officer Ashworth was assigned to the Bicycle Patrol Unit. He enjoyed representing the department and being up-close with the residents and businesses in the community. Most recently, Ashworth had been serving on the patrol units. In addition, he had been a member of the Public Order Team, the department Honor Guard, and Field Training Officer.

Police Officer Adam Ashworth chose to spend his law enforcement career representing the St. George Police Department. Bordering Arizona, St. George is in the southwest corner of Utah and covers 75 square miles. Ashworth had many positions while he served with the department.

The SGPD has seven divisions within its full-service accredited law enforcement agency. Departments include the drug task force, patrol division, animal control, investigations, victim services, and administration. Ashworth enjoyed representing the department and spending time being an exemplary example to the youth in the community.

Police Officer Adam Ashworth leaves behind his wife and three children. The community he served and officers from his department and other departments around Washington County will honor the Ashworth family as they say goodbye. With the help of family and friends, the Ashworth family will find solace as they go through these difficult times.

Ashworth’s wife, Bobbi Anne, spoke highly of her husband and how much he loved being an officer. “When he put on that uniform, every amazing quality he had was amplified.”

Angela Furin, Officer Ashworth’s sister, also beamed with pride at the memories of her brother. “I hear him described as a police officer and, you know, everyone has different relationships with people, but the way he was as a police officer is really the way he was for me. He was a protector, and he took care of me. I’ve got a special place in my heart for him. It’ll always be there.”

Hannah Ashworth, daughter of Officer Ashworth, is about to start her first year in college. She spoke highly of her father and how much she will miss him. “It took me a really long time to get to know my dad and to kind of start to recognize how he shows his love. Because for a long time, it frustrated me that he didn’t want to show it how I wanted to get it. But really, there’s things that he used to do. It meant he wanted me there, and he wanted me safe. He made it very known that I had to find something that I was passionate about like he was. So, I’ve decided to go to school to become an elementary school teacher to kind of put my impact on the world like he did and not get paid nearly enough money for it, just like he did. My life will be full of passion for what I do.”