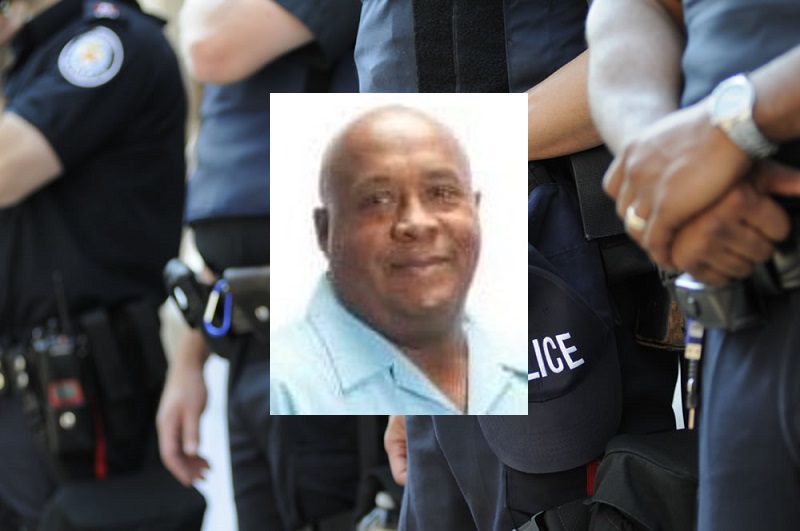 On Tuesday, July 14, 2020, Investigator Donald Sumner, sadly lost his battle with COVID-19 after contracting the virus during an outbreak among staff and patients at the Patton State Hospital Police Department. Sumner, born on October 29, 1954, was 65 years old. He had worked at the hospital for the past 19 years, helping to protect his community. He is survived by his wife, Deborah, and seven children, extended family and many friends. Services were held at Snyder’s Care Facility on July 27 in Rancho Cucamonga, and the internment followed directly after at the Riverside National Cemetery in Riverside.

Donald Sumner was a Technical Sergeant in the United States Air Force before he held the title of “Investigator.” Sumner served in the US Air Force from 1982 – 2002. During his time in the USAF, he achieved the rank of “Technical Sergeant” or TSgt. According to Military-Ranks.org, “Technical Sergeant (TSgt) is the second Non-Commissioned Officer (NCO) rank in the US Air Force. It is the rank just above Staff Sergeant and below Master Sergeant. Within the enlisted Air Force, TSgt is known as the second hardest promotion to acquire, next to the promotion to Senior Master Sergeant, which is capped by federal law.” Achieving a Tech Sergeant rank is no easy feat; it takes about eleven years of service and hard work. Tech Sergeants hold a 7-skill level and have the capabilities to deal with highly intricate technical tasks and guide and supervise their subordinates. They perform at their optimum level and train their fellow servicemen and women to achieve the same level of excellence. The background that Sumner held from the USAF served him very well as an investigator for a police department.

The Department of State Hospital – Patton

The Department of State Hospitals-Patton (DSH-PATTON) is a forensic psychiatric hospital located in Patton, CA, in San Bernardino County and currently operates with about 1,527 beds. Established in 1890 and opened in 1893, DSH-PATTON provides treatment, within a secure area, to patients committed forensically or civilly. Under Penal Code 1370 (PC1370), Misdemeanor and felony defendants who have been found incompetent by a court are sent to a state hospital where the primary goal of their treatment is to have the defendants regain trial competency. Once trial competency is met, they go back to court to decide the pending charges against them. Any patients unable to be restored to competency within three years return to a court where their future status is determined. They may be recommitted to a hospital civilly, under Welfare Institutions Code 5008 (WIC 5008) as a Murphy Conservatee.

Many friends, co-workers, and family members chose to post their memories and goodbyes to Sumner on social media platforms. Facebook, Obituaries, Twitter, and other sites are filled with loving messages and well-wishes to the family, friends, and memories. Here are just a few:

Angel A. Sanchez, a co-worker, and friend, posted her sorrow for the loss of Sumner on social media pages. “To the family of Donald Sumner, I am truly sorry for your loss. Don and I worked together for 18 years at Patton State Hospital Police Department (Office of Special Investigations). Don was never too busy to stop working and listen to you and give his advice. Don and I would talk about family, food, work, and everything in between. Don had a big heart and would offer his help whenever possible. Don was more than a co-worker. He was my friend, and I will miss him dearly.”

Family members like Jeryl Sumner, the Investigator’s brother, also posted the grief and sorrow he felt at the loss of his best friend. “In loving memory of Donald Sumner, so dearly loved so sadly missed. God knew an angel needed to fly home. Continue to rest safe in his arms. My heart aches and is filled with pain. But I take comfort in knowing we will meet again. Infinity love times Infinity… Love, your brother. Jeryl Sumner”

The US Postal Service also shared in the loss of an upstanding hero in the community. Scott Home, a member of the US Postal Inspection Service, shared his condolences with Sumner’s family and friends. “Thank you for your service and sacrifice. Rest In Peace Investigator Sumner. Our deepest heartfelt condolences to all of your family, friends, and brothers and sisters at Patton State Hospital Police Department.”

Retired Fire Lieutenant Frank J Corasan of the Baltimore City Fire Department gave his thanks for the service that Sumner had given, which ended in giving his life to protect his community. “Thank you for your contribution to our Country, and thank you to your family for their sacrifices. I am sorry for your loss to the Family, Fellow Officers, and Friends. I will keep all of you in my prayers. RIP.”

Our favorite young hero Zechariah Cartledge has again demonstrated to other young Americans that even a child can make a difference. In Winter Park, Florida, Zechariah held a 1-mile memorial run to raise funds for law enforcement families across the United States. He held an exclusive race in memory of Investigator Donald Sumner.