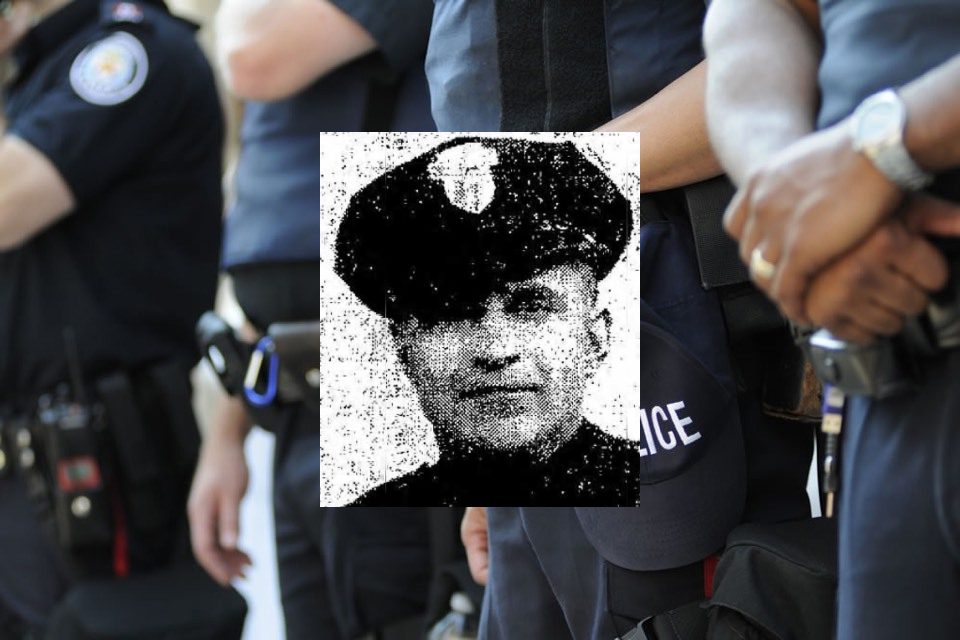 West Virginia is a hard State to live in. It’s rich in history that scatters in all directions. But it’s also poor in health, wealth, and opportunity. Charleston is the State Capital, and the largest city by population in West Virginia. It sits on the confluence of the Elk and Kanawha rivers, which for a long time served as the major trade route for the State. The interstate system changed the dependency on the river, but did not change the circumstances of Charleston, as I-64, I-77, and I-79 all converge in Charleston, to route traffic from north, south, east, and west in all other directions.

As we’ve seen in previous memorials we’ve written, foot pursuits continue to be an extremely dangerous incident for law enforcement officers. You’ll also note a pattern with this foot pursuit, that ties it to our memorial of Officer Sollohub of the Anniston Police Department (Alabama) – in both incidents, the criminal used a form of pursuit diversion to produce their firearm.

Patrolman Raymond Leslie Munson was a 14-year veteran of the Charleston Police Department. He had served in US Army during World War I in the 77th Infantry, 14th Division at the Battle of Château-Thierry. Born in Illinois, and then serving in an infantry unit that primarily was made up of New York State draftees leads us to believe that Patrolman Munson was quite the traveler for his time, to include his career as a police officer in West Virginia, but besides the details we provide, there is nothing we could find connecting the dots between all of these activities.

On Monday, December 9th, 1940, while on patrol in the downtown area, Patrolman Munson became aware of a person driving under the influence. He identified the driver as a County Court Constable. At the time of this writing, we were unable to find the name of the criminal. The constable refused arrest as Patrolman Munson and another officer placed him in their patrol car, and instead fled the scene by foot. Patrolman Munson led the foot pursuit, and as swiftly as it started, the constable turned while in motion, drew a handgun at the same time, and fired one round, hitting Patrolman Munson in the abdomen. Patrolman Munson continued his pursuit of the constable, placing him under arrest. He was transported to the local hospital, but the gunshot proved to be too much, and Patrolman Munson died the next day.

The constable turned criminal was arrested, and ultimately convicted of 2nd Degree Murder. In West Virginia at the time, this carried a sentence of five to 18 years in prison. While the term of this criminal’s sentence is unknown, it is reported that some years after his release, he was killed in a traffic collision. Patrolman Munson was survived by his and four children. In World War I, Patrolman Munson survived a battle that involved the deaths of over 6,000 men. The trajectory of Patrolman Munson’s life would be considered a statistical anomaly. From the standpoint of emotional perspective, it’s utterly tragic to think he survived one of the largest battles of The Great War, only to be killed hastily by one bullet fired by coward. And unfortunately that can sometimes be all it takes to lose one’s life, as we see countless times with the officers we remember.

Patrolman Munson’s death is yet another senseless loss that a local community, and our greater community didn’t need to bear. His death also proves two things: that foot pursuits are far more dangerous than they are given credit for, and that officers, even when shot will continue the mission until it’s complete, even it’s at their own peril. There are many people who commit to certain behaviors for their job, that don’t necessarily commit to them in the long run. But time and again, we find examples where officers commit to their job duties in a way that defines the word.