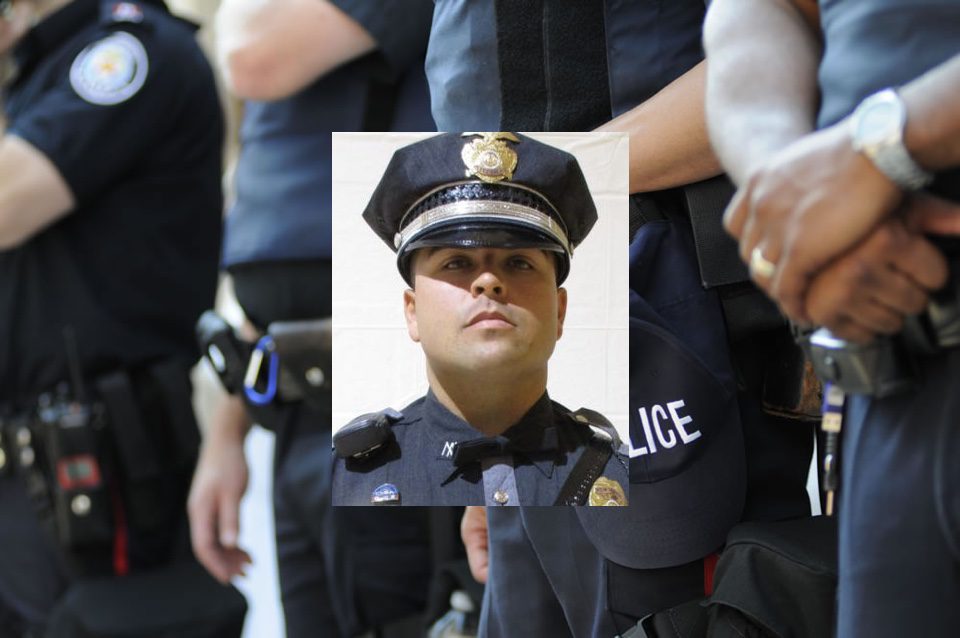 On Thursday afternoon, Patrolman Darian Jarrott conducted a traffic stop on I-10 near mile marker 101 in Luna County. This stop was part of an ongoing investigation that Officer Jarrott was participating in with the Department of Homeland Security Investigations. The driver was under investigation for narcotics distribution.

According to the investigative reports, the suspect was on his way to distribute an unknown quantity of drugs. After pulling over to the side of the highway, the suspect opened fire on Officer Jarrott. Jarrott was fatally wounded at the scene, and the suspect jumped back into his truck and drove off.

Other officers came to help Jarrott, calling for EMTs. Several other patrol vehicles began a high-speed pursuit after the cop-killer. The shooter drove at extreme speeds endangering other drivers heading in the direction of the community of Las Cruces, New Mexico.

At one point, the driver slowed, then stopped, firing at the officers who were pursuing him. This action created a great danger for the officers and other drivers and their families on the highway. Las Cruces Police were ready for the suspect as the pursuit continued in their direction, placing spike strips across the roadway.

When the shooter entered the city of Las Cruces, his truck hit the spike strips, and another officer used his patrol vehicle to conduct a precision immobilization technique that is taught to officers during training. He was successful in stopping the truck, but the shooter fled on foot.
As the subject exited his vehicle, he exchanged shots with the Las Cruces officer who had successfully stopped his truck, wounding him seriously. The injured officer and other Las Cruces patrol officers returned fire and killed the suspect.

Patrolman Darian Jarrott was well-liked by nearly everyone in his community. Maureen Thornock, a friend of the family, spoke of how hard this has hit the local community of Lordsburg, where Jarrott’s father manages a restaurant. “It’s like we’ve lost family. The whole town is just devastated. I don’t think you’ll find anybody that did not know Darian, that does not know the family.”

Patrolman Darian Jarrott was at the start of his career with the New Mexico State Police. He had served as an officer for over five years. He had grown up locally, and his family was incredibly proud of the work he was doing, as well as many members of his community.

The NMSP was formed in 1905 and has jurisdiction anywhere in the state. Its mission is to “protect the lives, property and constitutional rights of people in New Mexico.” A division of the New Mexico Department of Public Safety, the NMSP is a civilian police agency headquartered in Santa Fe. The agency has approximately 520 sworn officers and 140 civilian employees. Like Jarrott, these officers serve a population of over 2 million residents and patrol an area of nearly 122,000 square miles.

Violence touches impacts many other lives beyond the life taken. Patrolman Darian Jarrott leaves behind his young family. He leaves his wife and three small children along with a fourth child, not yet born. The community will have to surround these young children with love and support to help them into their future. Fellow law enforcement officers, friends, and extended family will come together to show their gratitude for the sacrifice made by Jarrott.

New Mexico State Police Chief Robert Thornton expressed his sorrow and condolences in a statement. “Even when there was a situation that was tough, the guy was always smiling. The guy never had a bad day. It’s a huge loss for us. I just want people to understand the amount of sacrifice that officers do on a daily basis when they put this uniform on. When you leave that academy, you know what you’re getting into to a point, but I don’t think you ever understand what potentially you’re going to sacrifice.”

State Representative Candie Sweetser shared her sorrow and condolences for the Jarrott family on social media. “There are no words for how heartbreaking it is to lose an officer in the line of duty — especially an officer from such a close community as Lordsburg.”