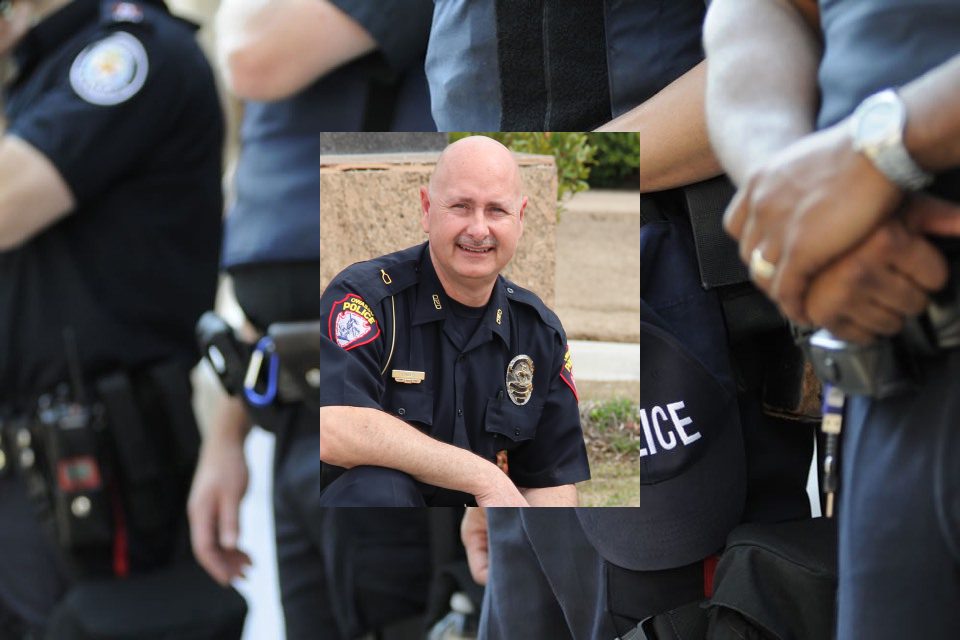 On Sunday, August 29, 2021, the Owasso, Oklahoma Police Department faced the first line-of-duty death in its agency’s history. Patrol Officer Edgar “Buddy” Pales, Jr., badge number 926, passed away due to complications resulting from the coronavirus. He was 54 years old.

Officer Pales was a veteran officer at the department, having served with the Owasso Police for more than 29 years. He was a community leader, a friend to all, and a protector of those in need. Unfortunately, many communities have lost good leaders such as this due to COVID19. The US has lost hundreds of law enforcement officers, and COVID19 is now the number one killer of officers.

Officer Pales was a life-long resident of Owasso and well-respected in the community. He graduated from Owasso High School. His career in law enforcement began in 1992 when he joined the Owasso Police Department as a dispatcher. After a few years, he became a full-time sworn officer with the department.

Over the years, he had many different duties with the agency. He was a great K9 Officer who worked alongside K9 Britt for many years until Britt’s retirement. His most recent K9 partner, Shadow, is left behind and continuing work with the department. Buddy also spent many years as a school resource officer and was a significant influence on many of the young people in the city of Owasso.

Owasso is a medium-sized city with about 37,000 residents. The town’s name Owasso is the Osage Indian word for “end of the road.” The city was incorporated in 1904 and adapted the name Owasso as the city was centered around a train depot that was the “end of the line” for the Atchison, Topeka & Santa Fe Railway Company.

Once the city was incorporated, administration and other offices such as law enforcement were quickly initiated. As a result, today, the town of Owasso follows its timely motto of “Real people, real character, and real community. The police department is actively involved in community policing and have also adopted a motto “to work in partnership with the citizens of Owasso to prevent crime, enforce the laws and to enhance the quality of life in our community.”

Police officers patrol an area of approximately 17.2 square miles. As a suburb of Tulsa, the officers also take on additional security jobs at large corporations like American Airlines, Whirlpool, and The Nordam Group.

Patrol Officer Edgar “Buddy” Pales, Jr. leaves behind his daughter, two grandchildren, parents, and two brothers. The community that loved him will help envelop the Pales family in their support to help them get through these difficult circumstances. In addition, officers from the surrounding areas will ensure that Pales funeral services be honored and that residents will be able to share their gratitude for the years of his sacrifice.

The International Association of Chiefs of Police or IACP shared the news of the loss with others on social media. “Our deepest condolences to the family, friends, and colleagues of Patrol Officer Edgar “Buddy” Pales, Jr., Owasso Police Department, Oklahoma.”