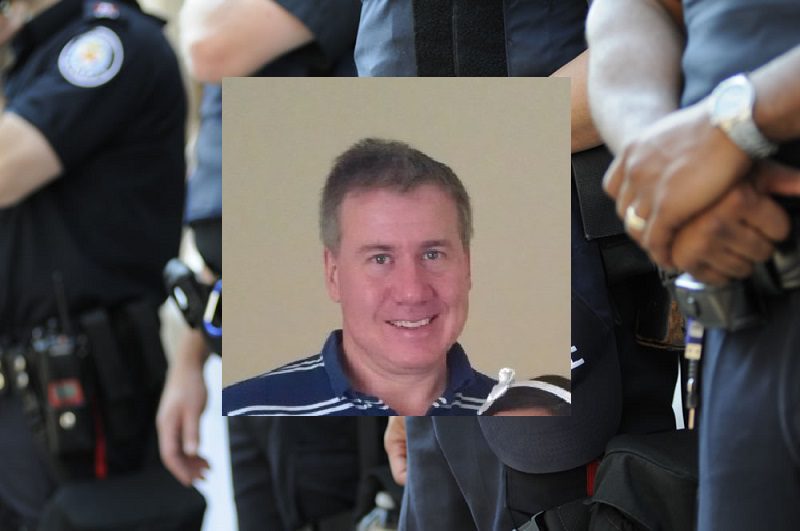 Parole Officer IV Joseph Lange, 56, died July 1, 2020, from complications of COVID-19 after contracting the virus while performing offender supervision duties in the Parole Division of the Texas Board of Pardons and Paroles. Officer Lange had served with the Texas Department of Criminal Justice since his hire date, September 19, 1994, and his 26th anniversary would have been in September. His son, Marcus Lange, survives officer Lange; his mother Carol Thiel; his father Joseph C. Lange (wife Wendy Lange); and two half-sisters, Corie Lange and Niki Lange; extended family members and many friends.

Joseph Lange was born on November 1, 1963, in Sioux City, Iowa, but most of his life was spent in Texas. He was a graduate of the University of Texas, 1988, where he received a Bachelor of Arts, with a Government major. He later went for his Master’s Degree from the College of Criminal Justice at Sam Houston State University. He was employed for over 25 years with the Texas Board of Pardons and Paroles. His career at the Board started as a clerk in 1994; numerous advances included Clerical Supervisor, Program Administrator, Parole Officer V, Clemency Director, and Staff Development Manager. Officer Lange was most recently employed as an Analyst at the Texas Board of Pardons and Paroles.

From boyhood to adulthood, Lange loved football and was an avid collector of football memorabilia. Another childhood love of his was Matchbox cars, which grew into a lifelong love of cars, owning a BMW with pride but hating all the maintenance. Other interests and hobbies included other sports besides football, Kenpo Karate, Yoga, and miniature football helmets. But nothing took up more of his interest and love than his son, Marcus. Marcus was the light of his life, and he had stories to share with everyone about his beloved son.

The Texas Department of Criminal Justice (TDCJ) was officially formed in 1989. Officer Lange spent a great deal of his life serving his community through his work with the TDCJ. The department operates the most extensive prison system in the United States and has over 37,000 employees. They are responsible for all criminal justice for adult offenders in Texas. Its duties included the management of state and private prisons, jails, and correctional facilities. Officers like Lange also are in charge of oversight of community supervision, parole, and mandatory supervision.

Terms used to describe Officer Lange from his colleagues in Austin and around the state are: “Dedicated and committed”; “A friendly team-player”; “A true gentleman in every sense of the word”; “Faithful, loyal and dedicated employee”; “He touched the lives of many students both by teaching them and providing them a role model that they could emulate”; “His smile and excitement for life could light up the room, and his love for his beautiful son was so powerful”; “His contributions to the Board of Pardons and Paroles over the years have been immense.”

Bruce Bellows and Becky Wallace were “Joey’s” uncle and aunt. Bruce was only two years older than Joey, and Becky was three and a half years his senior. The relative ages put them closer as siblings than uncle/aunt/nephew. They grew up just a few doors from each other and would play together all the time. Joey and Bruce were the best of friends for several years as kids and spent days playing, having sleepovers, living in imaginary worlds full of toys and games with rules they made up, and would change daily. The boys loved their matchbox cars, and if a trip to the store to purchase a new one was on the planner that day – it was magical! Football games, taking turns making touchdowns, and just boys being boys having fun. When Joey was sixteen, Becky taught him how to drive in her 1972 Chevelle – no power steering, no power brakes! Becky figured it didn’t matter to him because it probably reminded him of a Matchbox car.

Coworker Jessica Dillard spoke of her sadness in losing her friend and coworker. She also expressed her admiration of him and condolences to his family. “I am deeply saddened by the loss of Joe. It was an honor and privilege to have worked together. He was always most gracious in taking time to answer my (many) questions even when he was far too busy to discuss procedures so that I could understand why.

From the time he learned he was to be a father to Marcus, his heart glowed. How I enjoyed the amazing stories he would share the adventures he and his son had. The love he held in his heart for Marcus has always been something I greatly admired in Joe.

His dedication and kindness helped him stand tall. May the healing light of God shine upon you and your family to carry you through this difficult time.”

Klamath County Sheriff Chris Kaber expressed condolences to Officer Lange’s family for the entire department. “On behalf of the Klamath County Sheriff’s Office in Klamath Falls Oregon, we send our sincerest sympathy in the recent loss of your Parole Officer IV, Joseph William Lange, from complications of the COVID-19 virus. It is always a huge loss when a fellow Parole Officer IV succumbs to this deadly virus. His bravery and courage to protect and serve your community have not gone unnoticed.”

Sergeant Mitchell G. Cheselka (Retired), who served as both Orange County Sheriff, California, and Polk County Sheriff, Oregon, thanked officer Lange for his dedication and sacrifice. “Thank you, PO Lange, for your hard work and dedication and for paying the fine folks’ ultimate sacrifice in the great state of Texas. You are a true American HERO. My thoughts and prayers are with your family, friends, and coworkers. May you forever rest in peace, my brother. HEROES NEVER DIE.”