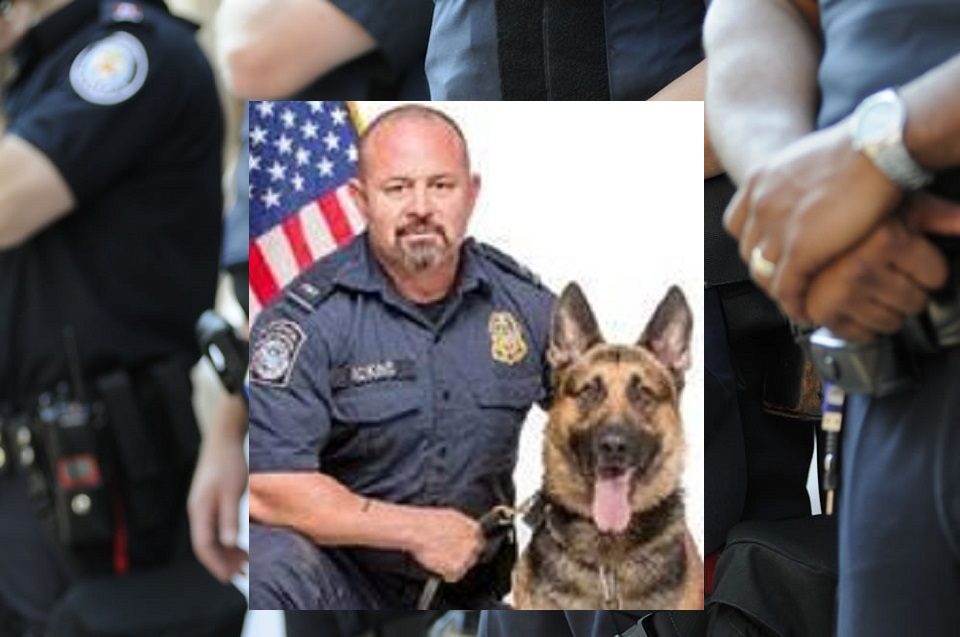 On Thursday, December 31, 2020, U.S. Customs and Border officials announced a border agent’s loss to COVID19. Officer Troy Allen Adkins died as a result of exposure to the virus. It had been determined that he most likely contracted coronavirus through his work as a border agent. He was 48 years old and had nearly 14 years of experience in law enforcement.

It was destiny that Officer Adkins chose law enforcement as a career. His first choice was to serve his country. Adkins is a U.S. Navy Veteran. Before becoming an officer for the CBP, Adkins served his community in the capacity of a firefighter. He spent ten years with the El Paso Fire Department. He worked at Station 6 as a fire suppression technician.

A family man who loved the outdoors, spending time on his Harley, and being with friends. Adkins was well-liked and would offer to help those in need. It is a loss to the community, his family, and his friends that such a generous man will no longer be there when they need him.

Officer Adkins gave his life protecting the nation and its borders. The top of the agencies for which Adkins served is the Department of Homeland Security (DHS). Customs and Border Patrol falls under the authority of this federal cabinet. DHS was initiated in 2003 as a response to the 9/11 terrorist attacks.

In its short history, DHS has become the third-largest federal cabinet. Today, the agency is responsible for the public security of American residents and covers over 240,000 residents. The agency’s mission statement includes protecting residents, anti-terrorism, border control, immigration, customs, cybersecurity, disaster prevention, and preparedness. The department overall was designed to help protect American citizens and the border more effectively.

DHS manages the U.S. Customs and Border Protection (CBP). Officer Troy Adkins was a sworn CBP officer. Adkins was a diligent officer who took his service to the nation seriously. Even in the recent pandemic, he was brave in the face of an invisible danger and watched over American borders each day.

Adkins began his career with the CBP in 2007. He has been with the agency for nearly 14 years. His most recent assignment was at the Port of El Paso. Here, he had the responsibilities of checking documents, inspecting incoming packages and goods, and maintaining border security.

Adkin’s most recent assignment was at the Port of El Paso. Here, more than 10 million individuals cross the border each year. Adkins worked here as a CPB officer. The 10 million individuals crossing the border is the count of those who are entering from Mexico. Every person that crosses the border must personally be approved for admission by a CPB officer. CBP officers will also search vehicles and possessions; this is done to prevent any type of contraband from entering the country. The entry is limited to northbound traffic, non-commercial traffic only.

Those Left with Memories

There will be many left behind with memories of Officer Adkins. Lives across the world have been altered and changed in 2020 as a result of the pandemic. Officer Troy Allen Adkins is survived by his wife, son, three stepchildren, and two grandchildren. The El Paso residents, neighbors, coworkers, and friends will help them celebrate the joyous life that Adkins had lived. Together they will show honor to his sacrifice.

The CBP posted an announcement concerning the loss of Officer Adkins. They spoke of his outgoing nature and love of life. “Friends and coworkers described Officer Adkins as a man who loved his family, his country, and his dog “Blu.” He was passionate about his hobbies, loved fast cars, four-wheeling, the outdoors, and Harley Davidson motorcycles. He was known as a great friend, loyal, hardworking, and caring.”