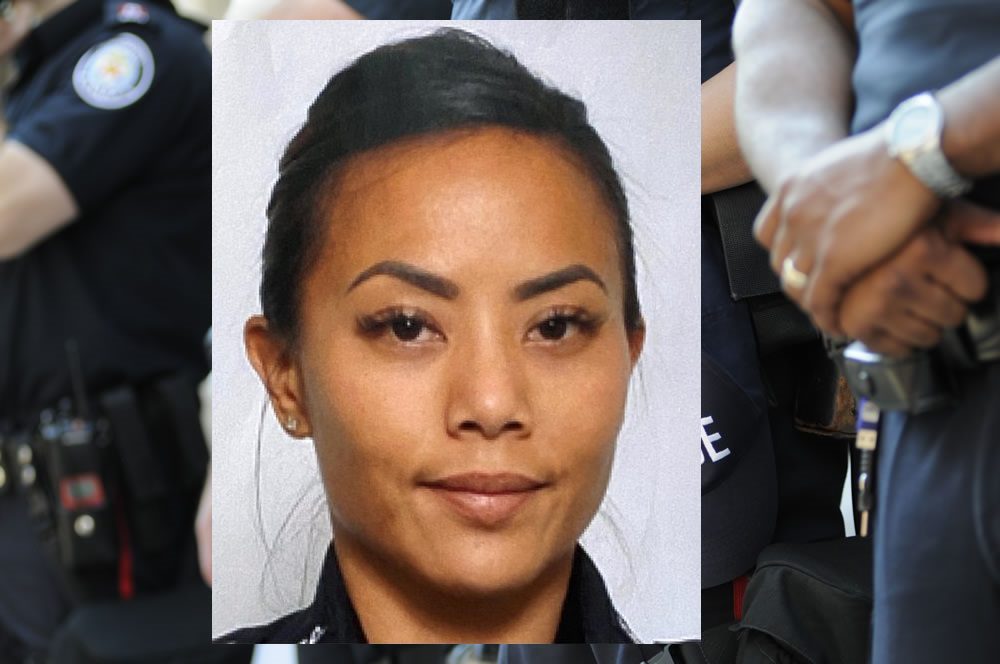 Officer Tiffany-Victoria Bilon Enriquez was one of the first to the scene on a call to an EDP, or Emotionally Disturbed Person. This was not her first encounter with the suspect, as she had previously been to calls to the address when this individual was making false 911 calls to the department. Today’s police force is often the first line in dealing with individuals who are in crisis due to mental illness or other psychological distress.

Here the issue was not only the lack of mental health services or follow-up to his known psychiatric issues, but the lack of gun control laws that allowed a mentally disturbed individual access to weapons. Citizens must take control of their own neighborhoods and communities by voting in representatives who have the same values they have. This means voicing a right to mental health services and quality health care for everyone. It means good sense gun control legislation. This is not to take away anyone’s rights to own weapons, but to begin registering new handgun purchases and allow for red flag laws so that when someone is suffering from a mental illness or extreme emotional distress, guns can be temporarily stored for their safety as well as the safety of the community.

Much like domestic violence situations, evictions can also be very dangerous. People who are facing bad or unfamiliar circumstances may behave irrationally, lash out in anger, or even become violent. Many real estate organizations offer courses on landlord-tenant rules, which include staying safe during the eviction process.

This landlord, perhaps was not aware of the dangers, chose to confront the suspect with an eviction notice in hand. An elderly woman, facing off with an angry, emotionally-charged individual with a history of mental illness. The tenant rushed her and began stabbing her repeatedly. Bravery It takes bravery to run into a dangerous situation. Police officers do this very thing for their communities every day. It can be a man with a knife, someone shooting a gun, or any number of dangers, but they run in while everyone else runs away. Their training helps them to keep themselves and the community safe, but it can only take them so far. Policing is a dangerous job, and it is the duty of every citizen to do their part to help keep their community safe by reporting crime or other problems that they see around them.

Officer Tiffany-Victoria Bilon Enriquez was a brave woman and officer who cared deeply about her community and the people in it. She received her last emergency call on January 19, 2020. When she learned of the stabbing, she did not stop for concern over her own safety, but ran in to provide aid and comfort to the dying victim. As the victim died in her arms, other officers arrived.

Officer Enriquez bolted towards the suspect with the other officers in order to stop him and make an arrest. The suspect opened fire, hitting her just above her vest, taking her life. She died attempting to stop an emotionally disturbed person, whom she had contact with just weeks before. She was doing what she loved, protecting her community from harm.

Officer Enriquez was not only a brave, intelligent female officer, but she had a loving family. She had three daughters and one grandchild. The effects of her loss will be felt for years to come as they mourn their brave and caring mother and grandmother. She had been a wonderful example to her family, displaying honor in all she faced in life. First, she received her training in the military, where she learned her skills protecting the country. When she returned from duty, the instinct to continue protecting others including her family drove her to become a police officer. An officer that many of her co-workers regarded highly. Her family and her family in blue mourn together for her loss.

During this call, the Honolulu Police Department lost two officers. Both Officer Enriquez and Officer Kaulika Kamala lost their lives that day. It had a devastating effect on the entire community as the suspect further barricaded himself inside the home, setting it on fire and consequently seven families’ homes went up in flames. The Honolulu Police Department added their names to the officers who had been lost in the line of duty, making the department’s count currently 50 officers, since 1846.

The Honolulu Police Department considers themselves a very close-knit family of officers and co-workers. The department was established in 1846 when Hawaii was still under the Kingdom of Hawaii and under the reign of King Kamehameha III. Unlike other US states, Hawaii does not have state police departments, but their organization structure covers counties and in the case of the Honolulu Police Department, the entire Island of Oahu. The Police Chief stated during the press briefing, through tears, that these two officers, “Were like my own children.” The entire force mourns for their loss.

Prior to spending seven years on the force in Honolulu, Officer Enriquez was a valued member of the Montgomery County Sheriff’s Office in Tennessee. Well-liked and respected, the law enforcement members in Tennessee have spoken out about the loss and mourn for her and her family.