In Memory of Officer Thomas Devlin 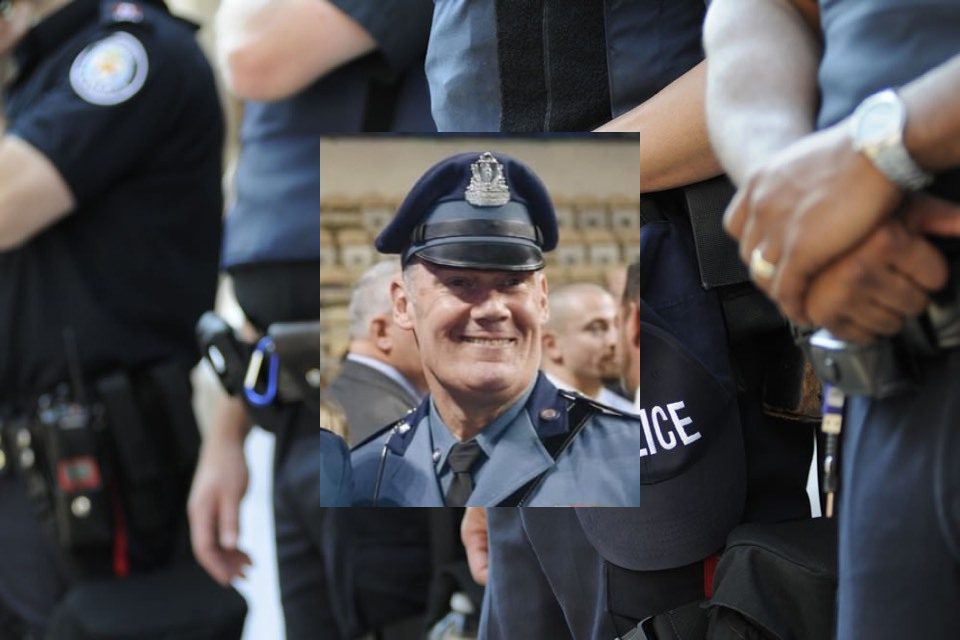 Boston College is a premier research university in the United States. It is probably as close to Ivy League as one can get without being so. With approximately 14,000 students in any given year, and a mere six miles from the central core of Boston, it’s a busy campus. Built in the 1860’s on Chestnut Hill, many of the original buildings still stand, and are cathedral-like, perhaps out of homage to the Jesuit backing of the university’s charter. Of course, the most famous student of BC, as it’s known, is Doug Flutie, who is the architect of the arguably the greatest play in college football history, when he threw a 48-yard ‘Hail Mary’ pass to Gerard Phelan with no time left on the clock in the game. The pass is affectionately known as the “Hail Flutie”. The school began as a small college designed for “streetcar students,” students who commuted at the time, and focused on liberal arts education. But over time, research and professional programs began to be introduced, leading down the path to true academic excellence. While the university sits on picturesque Chestnut Hill, it is surrounded by Boston. And with that comes big city crime to some degree, along with crime derived on the campus by students. Sometimes the choices a young mind makes have dire consequences, and our next officer fell victim to that.

On September 20th, 1988, Officer Thomas Devlin was a five-year veteran of BCPD, when he responded to an emergency aid call at Edmonds Hall, a nine-story campus dormitory. An unknown person has set off a tear gas canister inside a ventilation shaft in the building, leading to the 800 residents fleeing chaotically. Officer Devlin was one of the first officers to respond, and instinctively went into the building, and combed through every floor and room, to escort students out, while performing aid. What Officer Devlin didn’t know was that the prolonged exposure to the lethal gas was burning his lungs up. In all, 65 percent of his lungs were seriously damaged, and doctors did not believe Officer Devlin would recover well enough to work again, nor did they believe he would survive for very long. Officer Devlin began riding bicycles as part of his regime for recovery, and began riding 50- and 100-mile cycling events for charity. He also began commuting to work on his bicycle. This led to Officer Devlin learning how to maintain and repair bicycles, and then opening BCPD’s own bicycle unit. It went from two officers, to 12 over his time supervising it.

BCPD was able to identify where the tear gas canister came from, a nearby armory. They even had a sketch of the person who allegedly placed the canister in the ventilation shaft. But Officer Devlin never would push for charges, it was revealed later. He viewed the incident as a prank gone wrong, and didn’t want someone to pay with their life for a mistake. Officer Devlin fought many infections that forced him into a regime of steroids and chemotherapy, which ravaged his body over time. And in 1999, he responded to a fire at a campus dorm that sent him to the hospital with smoke inhalation. Officer Devlin managed to recover from that, and continued on the job until he was forced to retire in 2004 due to ongoing medical complications. On April 6th, 2007, Officer Devlin succumbed to his injuries sustained on September 20th, 1988.

Officer Thomas Devlin is survived by his wife, daughter, and many immediate family.

One could reflect on the tragedy of Officer Devlin, and find absurd sadness, that is certain. But in considering who Officer Devlin was, we find the real story. An officer of true character, grit, and determination, who did not allow a massive injury to destroy who he was, and what he could do. In fact, he used his injury to add to the legacy of BCPD. To this day, no new information has been discovered, and no suspects have developed beyond the initial investigation. There was momentum to re-open the case in the wake of Officer Devlin’s death, but we can imagine that if he were here today, he would be asking that those involved work toward catching a “real bad guy,” despite what had been done to him.

In memory of Officer Thomas Devlin.