In Memory of Officer Richard Rios 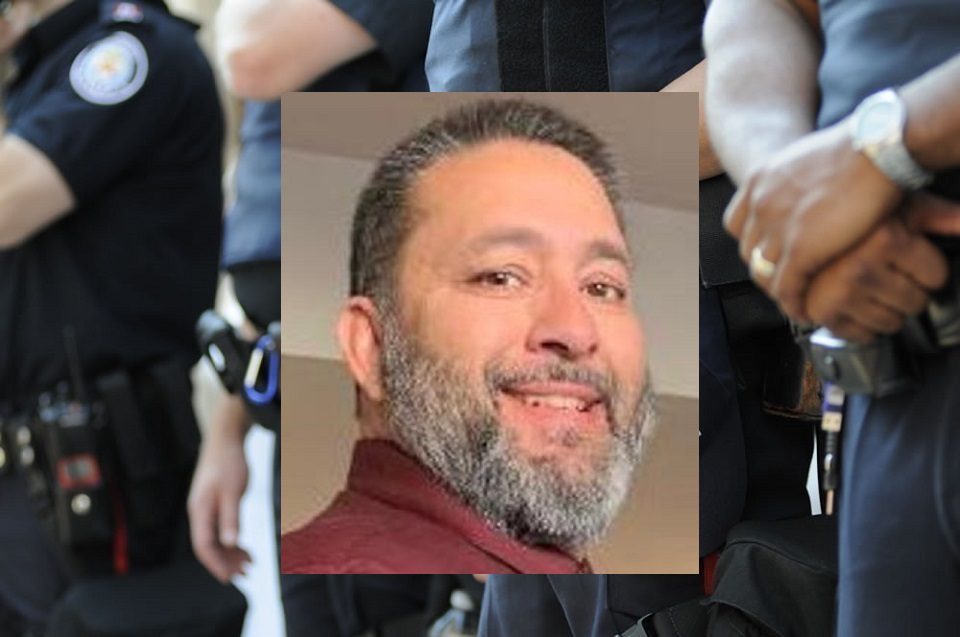 US authorities announced the death of yet another customs officer to the ravaging pandemic. On Wednesday, December 2, 2020, Officer Richard Rios lost his battle with the virus. He was 53 years old. A humble man, Officer Rios, lived the life he believed in through faith. A member of the Abundant Living Family Church for over 27 years, he was known to follow his beliefs. He would read Genesis 12:2-3 and try to be a blessing in other’s lives. “And I will make of thee a great nation, and I will bless thee, and make thy name great; and thou shalt be a blessing: And I will bless them that bless thee, and curse him that curseth thee: and in thee shall all families of the earth be blessed.”

Rios lived with generosity, humility, and a sense of humor. A local man, he graduated from Burges High School. Rios went on to earn a bachelor’s in Criminal Justice while attending the University of Texas, El Paso. His interest in law enforcement took his career on the path of Homeland Security. He served his community as a customs and border patrol agent for more than 17 years. His most recent assignment was at the Ysleta Port of Entry. He likely contracted COVID19 while on duty as there was a recent outbreak at this entry port.

Officer Richard Rios worked as a law enforcement officer throughout his career. He was a customs and border protection officer, under the watch of the Department of Homeland Security. DHS was formed as a US Federal Executive Department in 2003. It was part of the US response to the terrorist attacks that occurred on 9/11/2001.

Instantly, DHS began as the third largest Cabinet department in the federal government. Many federal agencies fall under the management of DHS, including Customs and Border Protection (CBP), the Federal Emergency Management Agency (FEMA), and US Citizenship and Immigration Service. Agencies that have the responsibilities that involve protecting the border, the people who enter, imports and exports, and those who serve the US’s citizens and their needs fall under the management of the DHS.

Customs and Border Protection is the agency under DHS, which Officer Richard Rios had chosen to serve his career. CBP is one of the largest law enforcement agencies in the US. A large employer, with nearly 46,000 sworn officers and agents. Headquartered in Washington, DC, it has offices and ports of entry located throughout the US. CBP has over 64,000 employees, including officers and agents, agriculture specialists, aircraft pilots, trade specialists, mission support staff, and canine enforcement officers and agents. They must prevent unauthorized entry into the US by commodities, illegal goods, or persons.

A native to the El Paso area, Officer Richard Rios felt blessed to work at the Ysleta Port of Entry. Located off the Ysleta-Zaragoza Bridge from Mexico into El Paso, the Port of Entry is where goods and people are inspected and searched for entry. The port office was opened in 1938 after the completion of the bridge. The bridge had been rebuilt due to wear and tear as this is a popular entry point into the US. The rebuilding of the bridge occurred in 1955 and 1990. In 1990 a new port authority office was also opened.

Leaving Loved Ones Behind

As the pandemic has raged across the globe, thousands of families are faced with empty chairs at the holidays. Officer Richard Rios also left loved ones behind. His wife and two daughters survive him. He has a large extended family that will help support his loved ones. The community, fellow law enforcement agents, and other coworkers will help celebrate the life he lived.

The Customs and Border Protection Office posted their loss on their Facebook page. “CBP mourns the loss of CBP Officer Richard Rios. CBP Officer Rios began his career with CBP in 2003 and was assigned to the Area Port of Ysleta Commercial Import Facility in Texas. We extend our deepest condolences to his family, friends, and colleagues. He will never be forgotten.”

Customs and Border Protection Senior Executive Mark Morgan shared condolences and shared grief for Officer Rios on Twitter. “With great sadness, @OFOEAC & I share the loss of CBP Officer Richard Rios. He began his @CBP career in 2003 and was assigned to the Area Port of Ysleta Commercial Import Facility. We extend our deepest condolences to his family, friends & colleagues. He will never be forgotten.”

Acting Director of Field Operations Anne Maricich shared her grief with others on social media. “Today, we mourn the loss of an officer assigned to the Ysleta Port of Entry. On behalf of the entire San Diego Field Office, we send our condolences to the family and friends of #CBP Officer Richard Rios and the entire El Paso Field Office. Our thoughts and prayers go out to you.”