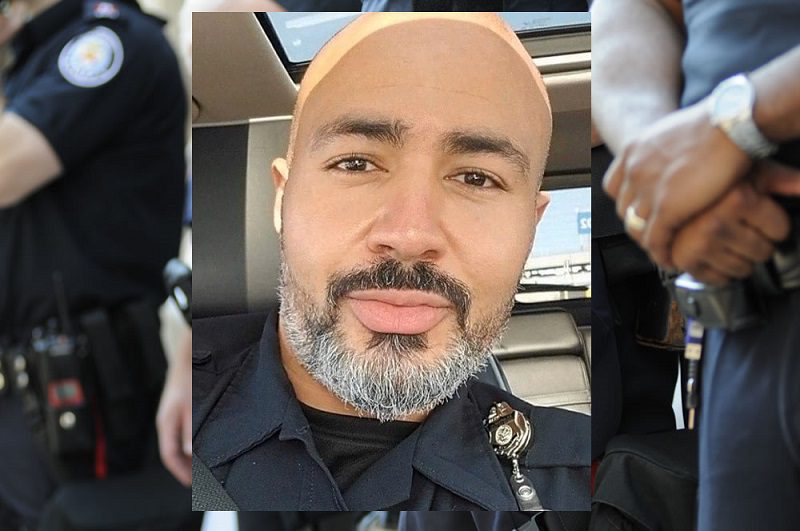 Officer Palmer worked with the Office of Field of Operations with the Customs and Border Protection. He had most recently been assigned to the John F. Kennedy International Airport Passenger Operations at Terminal 4.

On April 1, Officer Palmer went into isolation for 14 days due to exposure to another employee who tested positive for the virus. Palmer began to experience symptoms of the virus the following day. It was reported to Customs and Border Protection on April 6 that Officer Palmer’s COVID19 test had been returned as positive. His condition had been deteriorating, and he entered Franklin General Hospital and was placed in Intensive Care on April 6. He fought for the next month, trying to survive.

The DHS is the newest U.S. cabinet department. They employ more than 240,000 employees, making it the third-largest cabinet department after the Department of Defense. The mission and goals of the DHS include anti-terrorism, border security, immigration and customs, cybersecurity, and disaster prevention and management. Of these assignments, Officer Palmer was part of Customs and Border Protection.

The U.S. Customs and Border Protection (CBP) is the area in Homeland Security in which Officer Palmer was assigned. The CBP is the primary border control agency for the United States. Some of the duties which may have been given to Officer Palmer but are part of the regular goals of the CBP are regulating and facilitating international trade, collecting import duties, and enforcing U.S. regulations, including trade, customs, and immigration.

One of the largest law enforcement agencies in the U.S., CBP, has more than 45,600 sworn agents and officers. The headquarters for CBP, like DHS, is located in Washington, D.C. However, Officer Palmer was assigned to duties at one of the U.S. airports.

As a DHS CBP Officer, Palmer would have had to help oversee the more than 61 million passengers per year that the airport is handling. Before Kennedy’s assassination in 1963, the airport was previously known as the Idlewild Airport. It was renamed to honor the late President.

Officer Omar E. Palmer is survived by his mother, who is also a CBP employee. He also had many friends, extended relatives, and co-workers who will greatly miss him being a part of their lives. At age 40, the coronavirus has taken a life far too soon, without explanation.

Running 4 Heroes athlete Zechariah Cartledge, age 12, has created a memorial run for CBP Officer Omar Palmer. Zechariah is a young man who raises awareness and funds for families of fallen officers. It is his goal to see that each family receives a minimum of $100 to help then during their time of need.

As a young athlete, Zechariah was inspired when he did his first 5K run in Florida, alongside several first responders who ran in their full equipment. Since then, he has a large blue line flag which he carries as he runs a mile for every officer fallen. Before each run, he says a prayer for their family, gives some information on the fallen officer, and asks others for their support. These runs are videotaped and played on the Running 4 Heroes Facebook page.