In Memory of Officer Nick O’Rear 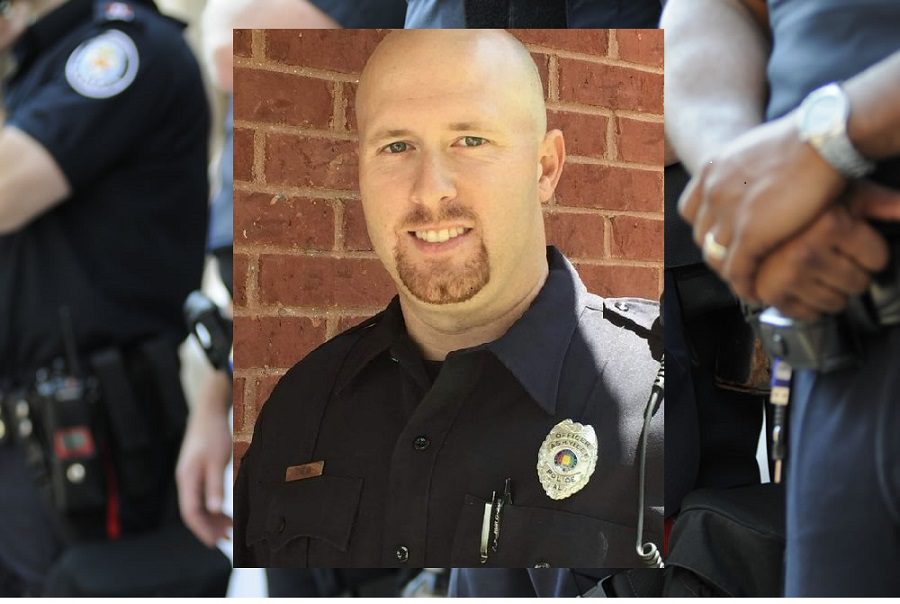 On Tuesday, February 4th, 2020, the Kimberly Police Department lost its first officer in the line of duty. Police Officer Nick O’Rear was fatally shot during a pursuit on I-65 South. He had been a member of the police department for less than a year. A father of two, O’Rear, was expecting another child with his wife.

During the pursuit, another officer initially attempted to stop a vehicle just after 10 pm. The suspect refused to pull over, and a chase began. Officer O’Rear joined the pursuit as back up. Near mile marker 281, the suspect fired many shots in rapid succession, critically injuring Officer O’Rear. In response to Officer O’Rear’s injuries, a large police escort acted quickly to rush him to the hospital. Sadly, after arriving at UAB hospital in critical condition, O’Rear died from his wounds. The suspect is in custody and being held on capital murder charges. According to reports, the suspect was already very familiar to the police. He had been arrested before and served time on a variety of related charges. On October 31, 2019, Cullman County deputies found him in a stolen Corvette, as well as being in possession of an AR-15, suboxone, 13 grams of methamphetamine, and other distribution paraphernalia.

Soon after the incident, Kimberly Mayor Bob Ellerbrook issued a response about O’Rear. Visibly stirred with emotion, Mayor Ellerbrook told reporters that “Everybody loved him.” He went on to talk about how Officer O’Rear had been a tremendous asset to the community, willing to serve others and protect them with his life. Ellerbrook asked to give privacy to the family as they grieve the loss of their loved one.

Police Officer Nick O’Rear loved serving his neighbors and community. He cared about protecting his city, which has a rich history. Located in Alabama, the city of Kimberly officially has a population of over 3,000. Chief Ricky Pridmore leads its Police Department, overseeing a staff of under twenty. Originally a small village, it was built around a stagecoach station that was constructed in the 1830s, which continued to serve the area until 1865. At first, the settlers called the community Kennelsville. As the community began to grow, it became known as Jefferson. The name may have caught on due to the principal employer being a local coal mine, which the locals called the Old Jefferson Coal Mine. In 1888, an official vote was taken, and the name was changed to Kimberly, as it was discovered that another Alabama community had already officially adopted the name of Jefferson.

Officially the town incorporated in 1952. In June 2010, the population of Kimberly had reached over 2,700, which allowed the town to become designated as a city officially. The city covers a 5.96 square mile area, and as of 2018, the population has reached nearly 3200 citizens.

Policing is a calling. Taking on the job of a police officer requires bravery and a willingness to lay down one’s life to protect and serve. It takes someone who cares that much for their neighbors, family, friends, and their entire community, to want to protect and serve them. Our thoughts are with the family and colleagues of Officer O’Rear.