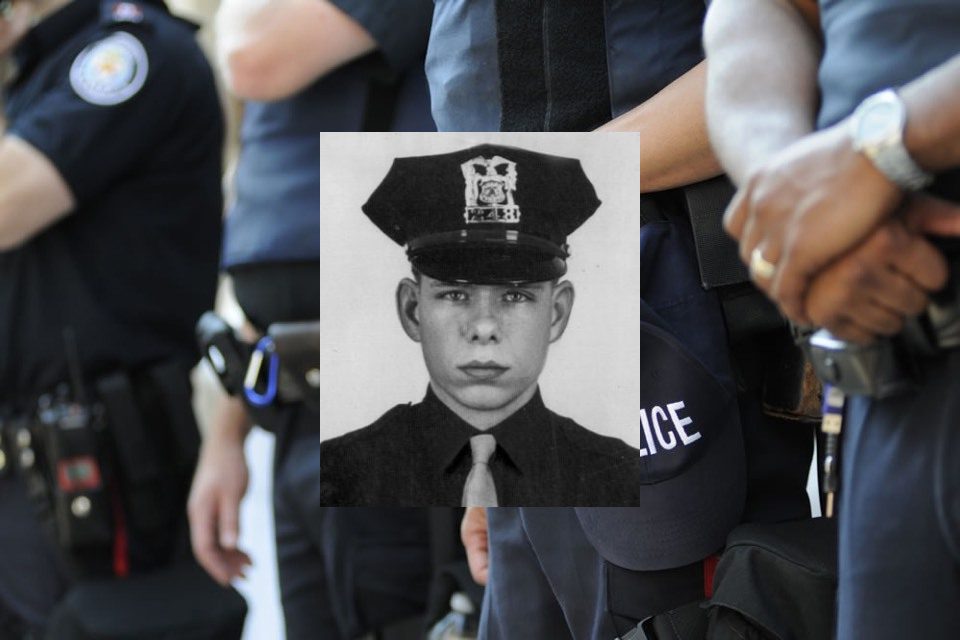 Omaha is a big city that many people write off as small. Omaha has nearly half a million residents, and sits on the banks of Missouri River. It’s part of the Lewis & Clark expedition, and is known as a cattle town, whose own Union Stockyards competed fiercely against Chicago’s stockyard, until it became the largest cattle market in the US, lasting until 1971. Omaha is home to very successful banking and industrial firms as well. Omaha is currently growing massively, as if it’s not big enough now, yet is still finding a way to maintain much of its ‘friendly neighbor’ appeal. But any large city is going to have a criminal element, and unfortunately there was a time that Omaha was in the midst of a terrorist threat. The fall out of that, played out in the worst possible way.

Officer Larry Minard, Sr. was a seven-year veteran of the Omaha Police Department. He had served for three years in the US Navy and had brief employment with Western Electric prior to joining OPD. Officer Larry Minard, Sr. was part of a newer generation that began to understand the idea of preparation prior to going into a civilian law enforcement career, and served as a military police officer in the Navy, trying to build skills that would transition quickly into his dream job with Omaha. By all accounts, Officer Larry Minard, Sr. was a kind, duty-bound officer and family man, who had not a single black mark in his career or life. On August 17th, 1970, he responded, along with seven other officers to a disturbance call that turned out to be false. The caller stated that a woman had been dragged into a house. The officers broke down the door of the home, and searched. The home was vacant, all that was found was a briefcase that appeared completely out of place. As Officer Larry Minard, Sr. began to open the suitcase, it exploded. Officer Larry Minard, Sr. was killed instantly. The other seven officers were injured in the blast. And the windows of homes stretching in either direction for a full city block were broken or shattered as a result of the blast, brought on by dynamite.

At the time, Omaha was dealing with a separatist chapter of the Black Panthers in their community, known to be violent and extremely anti-government. This particular group had been inspired by the same group efforts we discussed in San Francisco Police Department’s ‘Bloody Era’ time period, a barrage of violence that was visited upon police officers across the country, to include bombings. Eventually police were able to locate a juvenile, Duane Peak, who had direct involvement in the plot, and he then testified under oath that he was instructed to place the briefcase in the vacant home, and make the 911 call that brought police to the home. Who put the suitcase together? David Rice, and Ed Poindexter.

The trial led to life convictions for both Rice and Poindexter. Peak, due to his status as a juvenile, spent time in detention until he was a young adult, and was eventually released. He has since changed his name, and moved away from the area, and for unknown reasons has claimed what really happened was different, without providing any explanations of what he says are different versus what he testified too. Meanwhile, David Rice died in prison, continuing to claim he was innocent, and Poindexter to this day continues that sentiment, even using Hollywood actors and famous activists to bring up his version of events to the media. Never mind the fact that the clothes he wore, when he turned himself into police, had powder signatures of dynamite, or that even more dynamite was recovered from his residence. Even with the lack of responsibility taken by either criminal, it is most likely that Poindexter will die in prison, just as Rice did.

Too much has been made in some of the regional media about this case, with a constant attempt at undermining the evidence used against Rice and Poindexter. Every attempt has led defense teams nowhere, as what has been really proven is that the case against both criminals is solid. While it is natural to review big decisions, and to analyze what could have been done better, what should have been questioned, chasing ghosts do nothing but hurt those that have already been hurt the most. The Minard family knows this all too well, as they’ve been badgered by the press every time a parole hearing comes up, or a group who thinks something happen to the case during investigation, or at trial. Surely, a review of any case can be a burden, but it is right to do so. However, in this situation there’s been more than enough scrutiny over the details, to outlast the lives of all parties directly involved. Poindexter and Rice committed this heinous crime, and have been sentenced accordingly. It’s time to let the Minard family heal, and progress.