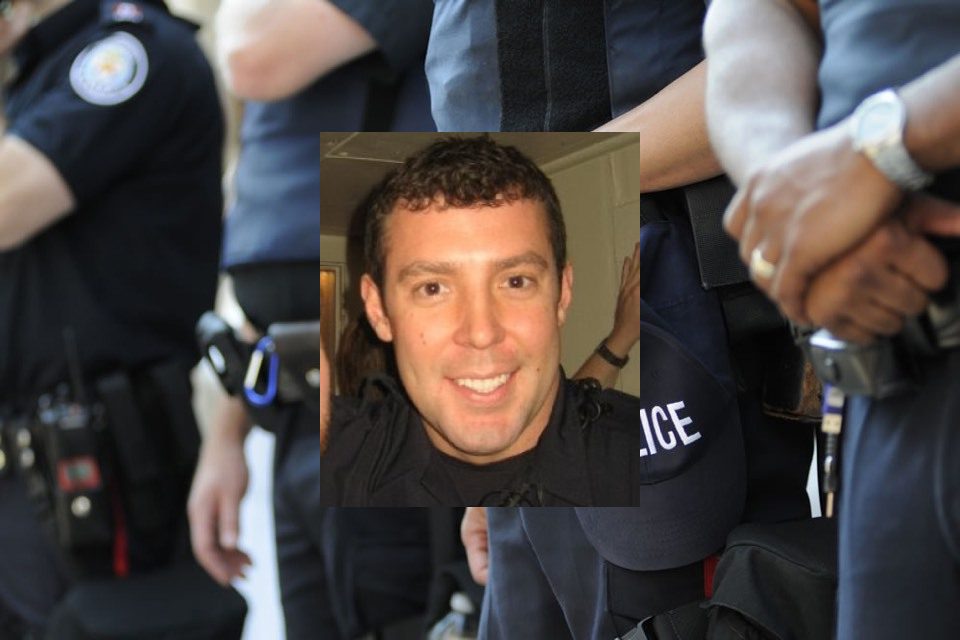 We normally take a moment to acknowledge the community affected by our hero, but in this edition, we want to take a moment to describe one of the real dangers law enforcement officers face on a continued basis, the foot pursuit. If you have been reading our In Memory Of series for any length of time you know that vehicle pursuits are considered extremely dangerous, and we’ve highlighted training and awareness efforts in law enforcement that are meant to reduce that danger. One danger that law enforcement faces that is almost universally never thought of at the same level are foot pursuits. In fact, foot pursuits are romanticized in our Western culture. They are the famous scenes in police procedurals and movies, where the bad guy gets caught only with a few scuffs, after a long, dramatic (i.e. exciting to viewers) chase. The criminal and the officer(s) probably ran into doors, or knocked into a few people, even stumbled and tripped, but all ends well.

But that’s simply not the case with foot pursuits. Especially foot pursuits that involve one officer. An evil reality perpetrated by long-time criminals is to run from a lone officer, in an effort to scatter their sense of geography, to isolate them, and to ultimately fight, or even kill that officer. If they can create enough distance between themselves and the lone officer, that officer will give chase, and may not have as much time to focus on giving updates to dispatchers, who will be working feverishly to send other officers to assist. Many times, this strategy gets thwarted, and a lone officer soon has a dozen officers in support, who are not winded from an intense, adrenaline-inducing run. But every now and again the lone officer pursuit proves fatal because there isn’t enough time to get additional officers on scene, or those other officers are engaged in other activity that they can’t get away from fast enough.

Unfortunately for us, we are about to be reminded how terrifying a foot pursuit really is.

Officer Justin David Sollohub, known as “Sollo,” was a two-year veteran of the Anniston Police Department in Alabama. He was part of APD’s Special Reaction Team, another name for SWAT. He was working day shift, when he spotted Joshua Russell, a known criminal in Anniston. As Officer Sollohub exited his vehicle, Russell and a second man ran in opposite directions. Officer Sollohub pursued Russell, who he already had previous contacts with. Officer Sollohub managed to inform his dispatch of the foot pursuit, and officers began responding. The neighborhood that this encounter occurred is a run-down section of Anniston, with boarded up houses, that stand vacant, scatter among neighbors who live in lower income settings. And because of the numerous abandoned homes, and likely his knowledge of the entire neighborhood, Russell had an advantage. He used an abandoned house to conceal himself so that he could produce a handgun without being in sight of Officer Sollohub. As Officer Sollohub continued the foot pursuit, and rounded the corner of an abandoned house, Russell had his handgun drawn, aimed at Officer Sollohub’s head, shooting, and striking Officer Sollohub, who fell instantly. Russell continued to flee into the neighborhood.

Russell was found later in day of the incident, and after a year of trail was sentenced to death. He remains in prison, it does not appear any appeal of his sentence or conviction is active at time of this writing.

Officer Sollohub’s legacy was one that all of us can include in our own, his organs. As a registered donor, Officer’s Sollohub’s organs were harvested and credited with saving four people in and outside the State of Alabama. His heart was donated to someone who remains close with Officer Sollohub’s family. Officer Sollohub’s dad was an Alabama State Trooper at the time, and was on duty in the Anniston area when the call went out. He arrived at the call, perhaps not knowing right away that his son was the victim of a gunshot. While very few people have encountered their own children dead under such violent circumstances by strangers, we know of many instances where law enforcement officers arrive at scenes just like this, because their children have followed in their footsteps.

While the neighborhood this terrible death occurred in may seem like a place lacking hope, at the center of it, and specifically the intersection where this incident unfolded, stands the Anniston Full Gospel Holy Temple, a beautiful brick church. And while it played no role in the incident, since the incident there has been more positives going into the neighborhood via the church. Perhaps a silver lining to the loss of Officer Sollohub is that he saved four people with his sacrifice, and led some in the community to re-evaluate the community at large as a priority.

But even all of those honors and influence do not make up for the loss felt. As Captain Shane Denham of APD was quoted, “There’s not a day that goes by that we don’t think about him (Officer Sollohub) and we don’t talk about him, and he’s kind of forever part of this police department.”