In Memory of Officer Joseph Haydu 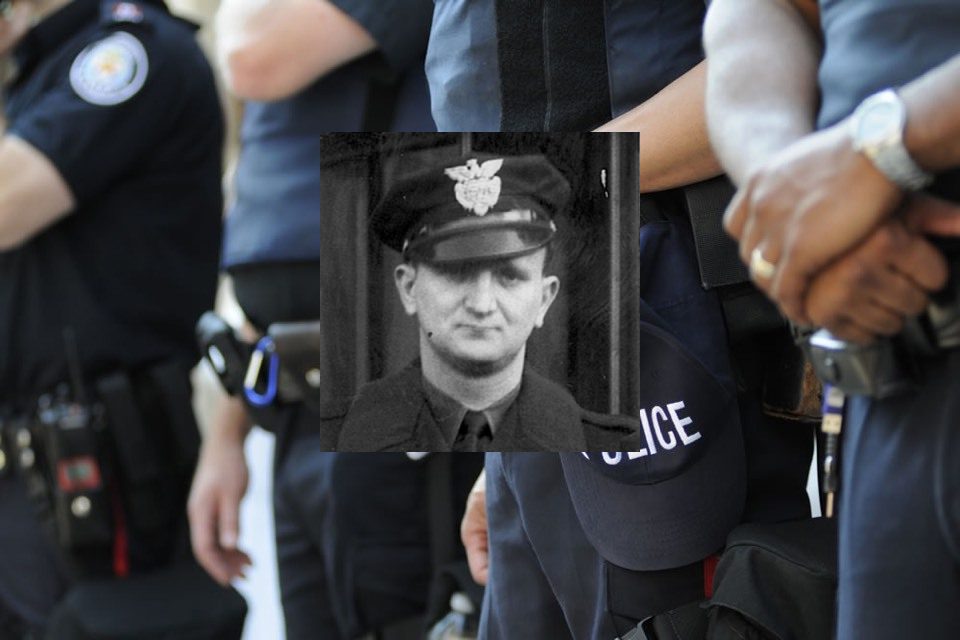 Joseph Haydu was ten-year veteran of the Cleveland Police Department, and worked as a traffic officer at his last assignment, in the busy Public Square section of Cleveland’s downtown. Haydu was known to have great pride in protecting his corner of the city, and although his assignment was primarily traffic, he spent a fair bit of time arresting shoplifters and pickpockets who targeted Cleveland’s famed downtown department stores of the time. Among Haydu’s most notable arrests, he stopped a gang of teens who looted automobiles. In 1952, Haydu made an arrest of several drunk men, where he was left by himself to enforce the law, and in the process, was assaulted. In 1955, Haydu stopped two separate robbery suspects on the same day in the act. Haydu was known to aspire to be a detective. And if this short body of work is any indication, Haydu may have been the first officer we could consider to be a “Pro-Act” Detective/Officer, as some agencies have adopted that type of unit to their personnel in modern times.

On May 19, 1956, Haydu was performing his traffic duties when Haydu noticed that a robbery at gunpoint was occurring at the Kresge Store along Ontario Street. As Haydu took pursuit of the criminal, Frank Williams, he encountered Williams as he attempted to exit through a set of Kresge’s doors. Haydu had physical custody of Williams and was attempting to wrestle Williams’ gun away from him, when Williams shot Haydu in the head. Haydu likely died within seconds. At the same time, two store detectives had been alerted to the incident and were also in pursuit of Williams. Those men were Charles Holley and Frank Begin. As they pursued cop-killer Williams, Williams made it to Prospect Avenue East, south of the department stores, when he turned around and shot detective Begin, who died an hour later at a hospital. Sergeant Bernard Schweter ended the madness when he fired his handgun, hitting Williams.

The various media of time revealed that Williams had been paroled in 1952 for Robbery and Shooting with Intent to Kill, that had led to a 15-year prison sentence. Prior to that, Williams had spent time seven years in a prison in Arizona for Burglary, as well as spending time at a reformatory as a juvenile in Utah, starting in 1923. It would be fair to say that Williams’ life wasn’t very positive, but it would be important to note that there were a lot of bad personal choices being made for a very long time up to his inevitable death.

Haydu had played football throughout high school, and even had a scholarship offer to attend college, which he turned down. Instead Haydu served in the US Navy in World War II, with an assignment in the Philippines. Haydu returned home and worked in the coal mines of Pennsylvania before being hired by CPD. Haydu was survived by his wife, Lois, and his two daughters, Joan and Stephanie.

This is another officer where history has not done well in keeping details of his life in the annals of public research, however, it is fair to say that one look at his ODMP profile, there is still many family members who remember him vividly and fondly, and wish he was here today. You include us at CaseGuard in that group as well. Haydu was a courageous young officer who held some of the greatest promise we could imagine, and we would be lucky to possess half. The greatest lesson Haydu imparted, in all that he did, was to never stop fighting. It’s true that you may lose; but you will always lose if you hesitate. And that was not something that Haydu ever did. May he forever rest in peace, and not ever be forgotten.

In memory of Joseph Haydu.