In Memory of Officer Genaro Guerrero 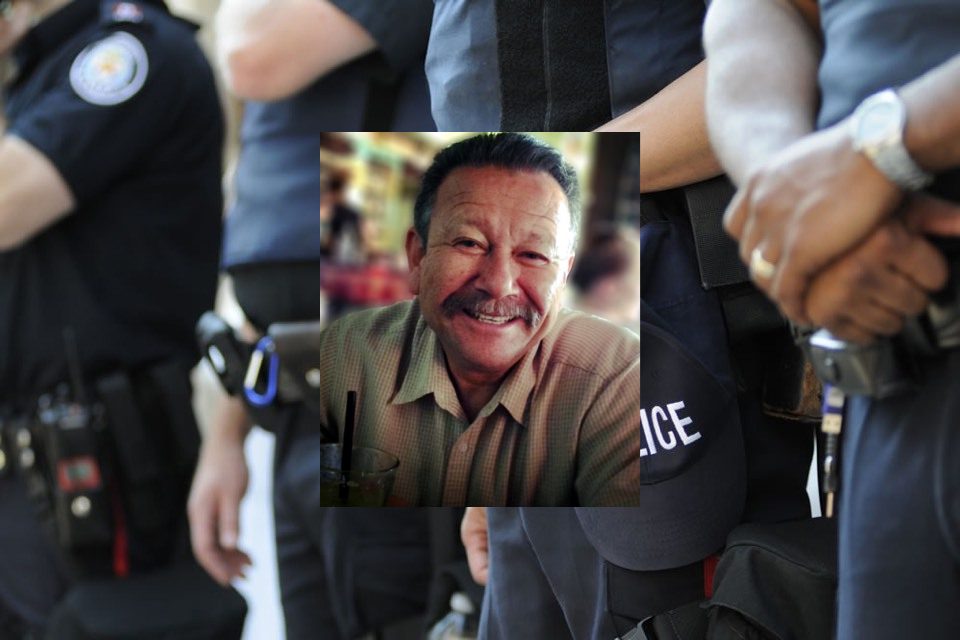 On Monday, February 15, 2021, the US Department of Homeland Security Customs and Border Patrol authorities announced that they had lost a California CBP Officer to COVID19. Officer Genaro Guerrero, age 65, had 31 years of veteran experience in his career in law enforcement. It was determined that he likely picked up the virus through his work, his most recent assignment at the San Ysidro Port, California.

Officer Guerrero had served with the United States Customs and Border Protection – Office of Field Operations for more than 16 years. Prior to working with the US Department of Homeland Security, Officer Guerrero had served his community as a deputy with the San Diego County Sheriff’s Office for 15 years. In total, Guerrero had more than 31 years in law enforcement service. Most recently, Guerrero served as a tactical officer in support of the Anti-Terrorism and Contraband Enforcement Team. He joined this team on June 21, 2020.

Officer Cesar Guerrero worked as a law enforcement officer throughout his career. His most recent assignment was with CBP, which is part of the Department of Homeland Security. DHS was formed as a US Federal Executive Department in 2003. It was part of the US response to the terrorist attacks that occurred on 9/11/2001.

Instantly, DHS began as the third largest Cabinet department in the federal government. Many federal agencies fall under the management of DHS, including Customs and Border Protection (CBP), the Federal Emergency Management Agency (FEMA), and US Citizenship and Immigration Service. Agencies that have responsibilities that involve protecting the border, the people who enter, imports and exports, and those who serve the citizens of the US and their needs fall under the management of the DHS.

Leveling down into the DHS agency in which Officer Guerrero worked is the Department of Customs and Border Protection. CBP is the largest federal law enforcement agency in the United States. It is the primary force that handles border control in the US. For this reason, CBP falls under the guidance of the Department of Homeland Security.

As one of the largest federal law enforcement agencies, CBP employs more than 47,000 full-time sworn agents. Some of the essential duties that a CBP Agent may encounter are regulation and facilitation of international trade, collecting import duties, enforce US regulations, trade, customs, and immigration.

Guerrero worked his latest assignment at the San Ysidro Port in San Diego, California. This is the fourth busiest land border crossing in the world. The San Ysidro port is one of three entry ports in San Diego.

Each day more than 70,000 vehicles cross northbound at this point. There are also approximately 20,000 individuals who travel by foot each day. The port opened in 1906 and now operates 24 hours per day.

COVID19 has ravaged families across the globe. In the US alone, we have lost hundreds of thousands of lives to the virus. We face an uncertain future. These are families that will continue to need the support of communities for many years to come.

Officer Genaro Guerrero leaves behind his wife and four children. Extended family, residents, and local law enforcement will come together to help the Guerrero family during their time of grief.

The ATF Headquarters, or Alcohol Tobacco and Firearms, shared condolences on Twitter for the loss of Officer Guerrero. “Our thoughts are with @CBP, and the family and friends of Officer Genaro Guerrero, who passed away as the result of contracting COVID-19 while on duty. #EOW #LODD.”

Son-in-law Giovanni Tello spoke of the loss. He described Guerrero as a funny, generous man who loved to hike and spend time with his family. “It’s very heartbreaking … disbelief, definitely surreal. Doesn’t seem like a reality; he’s gone. He was lively. His personality filled a room with joy. He was known for being respectful to his colleagues and the public. He was serving his community and country. There was a sense of commitment to the job. He loved helping people out, and he was a great man for that.”