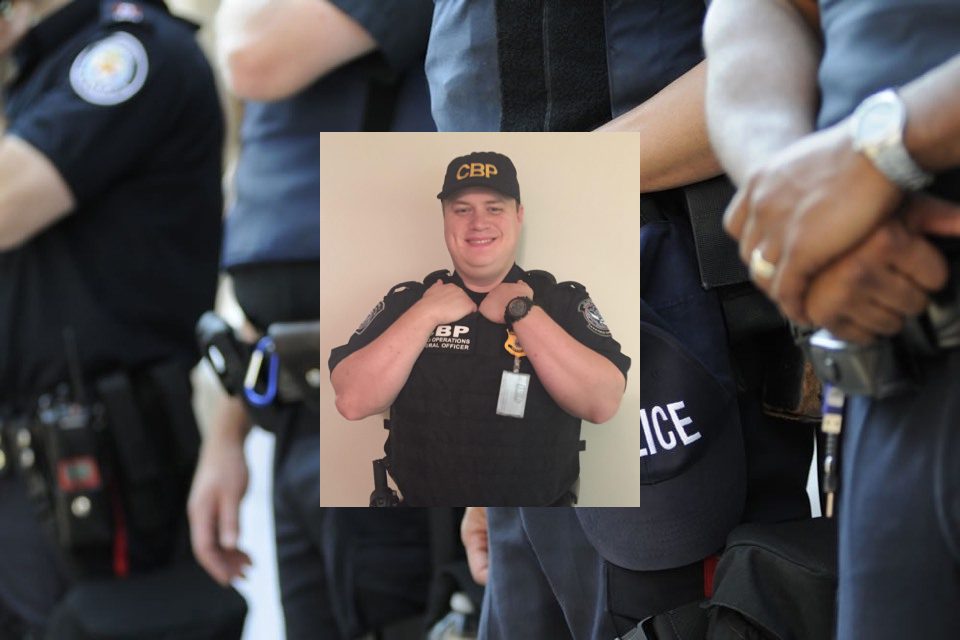 On Tuesday, August 24, 2021, the US Department of Homeland Security announced the loss of another customs and border protection due to COVID19. COVID19 has become the number one cause of line of duty deaths in the US, taking more than 230 lives this year.

Officer Erik Skelton, a customs and border agent, died due to complications of the coronavirus. Skelton, age 34, worked as an officer with the US Department of Homeland Security and the Customs and Border Protection for more than four years.

Before joining the Customs and Border Protection agency, Officer Skelton had previous law enforcement experience with the Glendale Police Department and the Transportation Security Administration. Skelton’s most recent assignment was working at the Miami International Airport.

Skelton served as a law enforcement officer under DHS. In addition, he was a customs and border protection officer for more than four years, under the watch of the Department of Homeland Security. DHS was formed as a Federal Executive Department in 2003. It was part of the US response to the terrorist attacks that occurred on 9/11/2001.

DHS was immediately the third-largest Cabinet-level department in the federal government at its formation. As a result, many federal agencies fall under the management of DHS. This includes Customs and Border Protection (CBP), the Federal Emergency Management Agency (FEMA), and US Citizenship and Immigration Service. In addition, agencies that have responsibilities that involve protecting the border, the people who enter, imports and exports, and those who serve the citizens of the US and their needs fall under the management of the DHS.

Officer Erik Skelton served as a Customs and Border Protection Agent or CBP. CBP is the largest law enforcement agency in the United States. It employs more than 65,000 sworn officers and agents. It is the US’s primary border control agency. The duties of a CBP officer Skelton would enforce US regulations, including trade, customs, and immigration. Skelton’s last assignment was at the Miami International Airport.

Officer Erik James Skelton leaves behind his wife, parents, and three sisters. It will take the love of the community and support from all those whose lives Erik Skelton had touched. The community and honor guards will help make his funeral a memorial occasion for all that attend. Volunteers from different agencies are a part of department honor guards. These officers pay it forward by helping communities share their gratitude and grief when another law enforcement officer dies in the line of duty. To support others is everyone’s duty.

The Lititz Borough Police Department shared in the announcement of the loss of Officer Skelton. The LBPD is mourning the death of Officer Erik James Skelton of the United States Department of Homeland Security – Customs and Border Protection. Please join us in remembering this fallen hero.”

Executive Assistant Commissioner of the Office of Field Operations William Ferrara announced the loss and shared condolences for the Skelton family. “We mourn the loss of CBP Officer Erik J. Skelton from the Miami and Tampa Field Office. Always quick with a joke and a smile, he raised the spirits of others he was around. Our deepest sympathies to his family, friends, and colleagues.”

CBP Commissioner Troy Miller made the initial announcement on Twitter. “@CBP mourns the loss of CBP Officer Erik Skelton. He was assigned to the Anti-Terrorism Contraband Enforcement Team at MIA Airport, where he played an integral role in enforcement actions. We extend our condolences to his family, friends & colleagues. He will never be forgotten.”