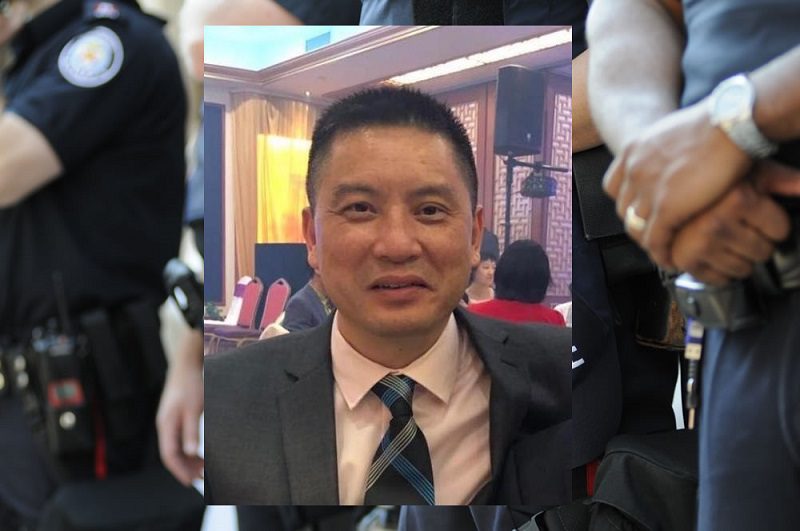 It was Saturday, May 16, 2020, when the U.S. Department of Homeland Security (DHS) announced the loss of one of their customs officials to the coronavirus.

Officer Ching Kok ‘CK’ Yan, age 54, contracted COVID19 on the job as a customs officer. Officer Yan had given the last 17 years of his life in service to his country. He had begun his work as a Transportation Security Screener. After four years, he transferred to the International Mail Facility at the John F. Kennedy Airport in New York City. Yan served for 13 years in this department.

On April 26, Yan began to feel chills and fever. He was placed on sick leave by the department, along with submitting for testing. He received positive test results on May 3. It was the same day, May 3, that Yan’s symptoms had worsened to the point he required hospitalization. He was taken to the Maimonides Medical Center in Brooklyn, NY. Officer Yan’s health continued to deteriorate until he succumbed to the virus nearly two weeks later on May 16.

DHS is a cabinet department with the Federal government that began in 2002. Officer CK Yan worked with the department for a total of 17 years. With an average yearly budget set at $48 Billion, DHS maintains more than 240,000 employees.

DHS manages a wide variety of duties within their department. Officer Yan’s duties with DHS were in the area of Customs and Border Protection (CBP). In this area, he worked directly with items and individuals entering the United States through the International Mail Facility at the John F. Kennedy Airport in New York.

Officer Yan was a Customs and Border Protection agent. As such, all agents are federal law enforcement officers who either detect persons or objects from entering the United States illegally.

The United States Customs and Border Protection office is the largest federal law enforcement agency and is a segment managed by the Department of Homeland Security. Its headquarters is in Washington, D.C.; however, officers can be stationed anywhere in the country. They are responsible for the management of over 45,700 sworn officers who work to protect the country and their communities.

More specifically, Officer Yan had spent his career working at the International Mail Facility located in the John F. Kennedy Airport in New York. Mail that enters the United States from other countries first is sent to International Mail Facilities, referred to as IMFs. After an initial screening, they are given Customs and Border Protection for review, like Officer Yan.

There are currently nine IMF locations in the United States. Any mailed packages entering the country will go through one of these nine facilities. They are located in Florida, Hawaii, Illinois, New Jersey, New York, Puerto Rico, U.S. Virgin Islands, as well as two separate locations in the state of California. Officer Yan worked in the New York location.

Officer Yan and his co-workers are considered a front-line defense on the drug trade. They work to prevent illegal drugs, including illegally obtained prescription drugs from entering the United States.

Officer Ching Kok ‘CK’ Yan’s family is left to pick up the pieces of their lives after the shock of his unexpected loss. Yan is survived by his wife and four children, ages 17, 12, 11, and 9. A tragedy that this family will hold in their hearts for their remaining days.

The Director of Field Operations for the CBP New York Field Office Troy Miller, made this brief statement on the passing of a fellow employee. “With profound sadness, I acknowledge the line of duty passing of our fallen brother @CBP Officer Ching Kok Yan. CK was a vital member of the @JFKairport team. We will never forget him & his embodiment, Service, Integrity, and Vigilance.”

Port Director David Salazar posted this on his Twitter account. “Our deepest sympathy to those who had the honor to work with #CBP Officer Ching Kok Yan. Keeping @CBPPortDirJFK employees, family, and friends in our thoughts as they navigate through this difficult time-wishing you hope and healing.”