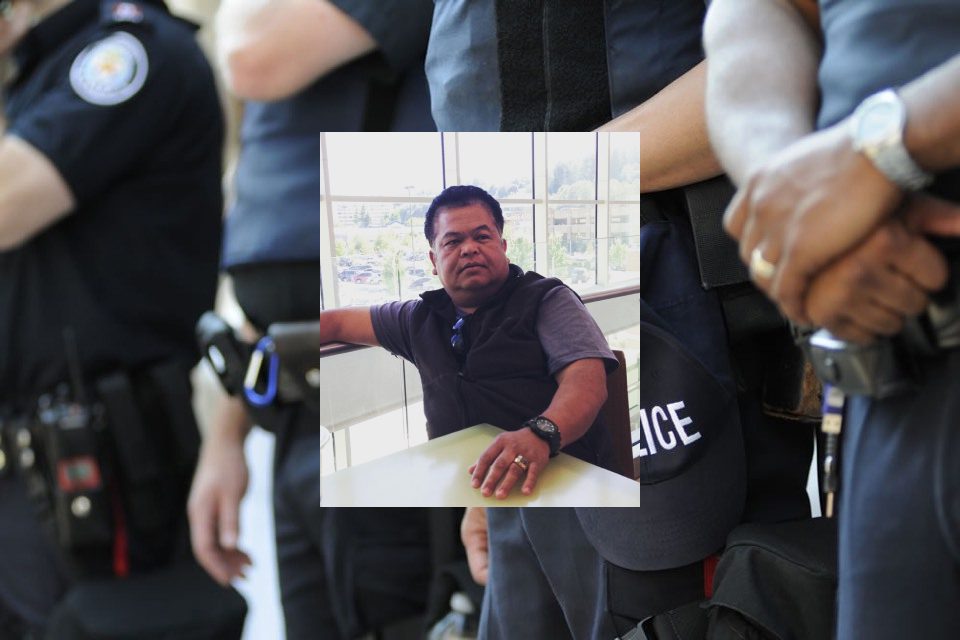 Federal agents and representatives have come forward to announce the loss of a customs and border protection agent to the current COVID19 pandemic. On Sunday, February 7, 2021, Officer Cesar Dangaran Sibonga, age 63, passed away due to the virus’s complications. He has served his country in civil service for most of his life.

Before becoming a border agent, Sibonga spent many years serving his country. Sibonga is a U.S. Navy veteran.

Sibonga was known to his friends and family members to have a wide range of interests and hobbies. He loved fishing, gardening, hiking and was an artist. He loved planning romantic date nights for his wife and spending time with his two boys.

Friends and neighbors knew Sibonga to be generous and helpful. He was a strength in their lives, always willing to give a hand when he saw someone in need.

Officer Cesar Sibonga worked as a law enforcement officer throughout his career. He was a customs and border protection officer for more than 18 years, under the Department of Homeland Security watch. DHS was formed as a U.S. Federal Executive Department in 2003. It was part of the U.S. response to the terrorist attacks that occurred on 9/11/2001.

Instantly, DHS began as the third largest Cabinet department in the federal government. Many federal agencies fall under the management of DHS, including Customs and Border Protection (CBP), the Federal Emergency Management Agency (FEMA), and U.S. Citizenship and Immigration Service. Agencies that have responsibilities involving protecting the border, the people who enter, imports and exports, and those who serve the citizens of the U.S. and their needs fall under the management of the DHS.

Sibonga worked as a Customs and Border Protection Agent. CBP is the largest law enforcement agency in the United States, employing more than 65,000 sworn officers and agents. It is the U.S.’s primary border control agency. Duties of a CBP officer like Santana would include regulating and facilitating international trade, collecting import duties, and enforcing U.S. regulations, including trade, customs, and immigration.

Officer Sibonga’s most recent assignment was at the Kenneth G. Ward Port of Entry in Lyndon, Washington. It is also known as the Lyndon – Aldergrove Border Crossing as it connects the cities of Lyndon, Washington to Aldergrove, British Columbia, Canada.

Canada has had a customs office at this location since 1889. For many years, the U.S. operated on their side of the border out of a small brick building. The newer, 16,421 square foot facility was built in 1986. It was then named for Inspector Kenneth G. Ward, who was shot and killed there in 1979.

COVID19 has left many families with gaping holes, wounded hearts, and empty seats at the dinner table. The Sibonga family is no different. Officer Cesar Dangaran Sibonga leaves behind his wife and two children. He had a large extended family, many nephews, nieces, cousins, and more. It will take the support of these family members, law enforcement colleagues, and residents to help the family through their tough times.

The IACP or International Association of Chiefs of Police posted the announcement of the loss of Sibonga on their Twitter page. “Our thoughts go out to the family, friends, & colleagues of Officer Cesar Dangaran Sibonga, United States Department of Homeland Security – Customs and Border Protection – Office of Field Operations, U.S. Government.”

The ATF Headquarters also shared sympathies on their social media. “Our thoughts are with @CBP, and the family and friends of Officer Cesar Dangaran Sibonga, who passed away as the result of contracting COVID-19 while on duty. #EOW #LODD.”

The Customs and Border Protection determined that Sibonga’s death was a line of duty cause and released a statement. “CBPO Sibonga will be remembered for his diligent service to the nation and his bravery in the face of danger.”