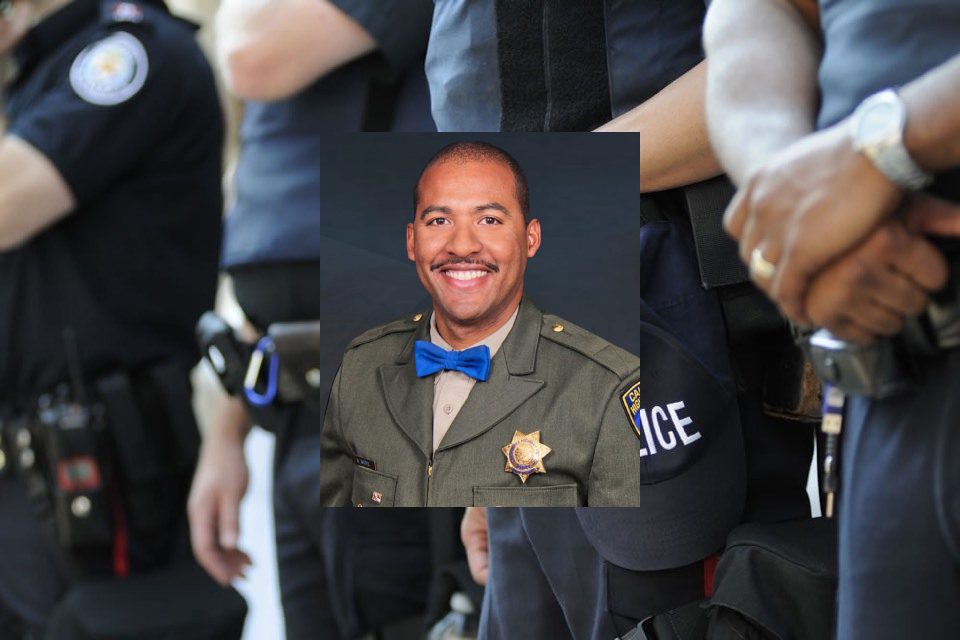 On Monday, August 12, 2019, Officer Andre Maurice Moye, Jr., a member of the California Highway Patrol, lost his life in the line of duty. Proud wearer of badge number 21641, Officer Moye was 34 years old.

Officer Andre Moye was part of regular patrols. On that fateful day, Moye pulled over a vehicle near I-215 and Eastridge Avenue in Riverside, California. Moye had pulled over a dangerous man who was a known active member of the Outlaw Motorcycle Club.

Officer Moye was working on completing the paperwork so that the vehicle would be impounded. The driver retrieved a rifle while Moye was running service requests. The Outlaw opened fire on Officer Moye, who was able to radio for assistance despite being mortally wounded.

Officers from several other agencies came to rescue a fallen officer. The California Highway Patrol, Riverside Police Department, and Riverside County Sheriff’s Office responded. The subject engaged the officers in a prolonged shootout. Two additional officers were wounded. The Outlaw shooter was shot and killed.

The shooter, in this case, had previously served ten years in prison for attempted murder.

Officer Moye was looking forward to a long career with the California Highway Patrol. He had served in the Riverside Area Office for over three years.

Andre Moye was proud to join the California Highway Patrol, considered the elite motorcycle police squad in the country. CHP is a state governed law enforcement agency in California. The CHP has patrol jurisdiction over all California highways, similar to state police. CHP also patrols city roads and performs law enforcement duties in various locations across the state.

Initially, California designated that CHP would be a part of the Department of Motor Vehicles. The agency was initiated in 1929 by the state legislature signed by then-governor C. C. Young. Later, in 1947, Governor Earl Warren gave clearance for the CHP to become its state agency. CHP has grown into a large agency with more than 11,000 employees. Seven thousand six hundred sixteen of these are sworn, officers. CHP is an advanced state-of-the-art law enforcement agency organized into eight field divisions, 16 commercial enforcement facilities, and 103 area offices. This organization allows the CHP to provide for nearly 40 million California residents.

Officer Andre Maurice Moye leaves behind his wife, mother, father, and siblings. California residents, fellow officers, neighbors, friends, and many others came together to celebrate the life of Officer Moye. He was given a send-off that included hundreds of cars from various law enforcement agencies sharing their lights as Moye was escorted during his service. In addition, the celebration had full honor ceremonies to help share the significance of this loss.

California Association of Highway Patrolmen President Rick LaBeske stated the tragic loss. “We are so deeply saddened by the senseless tragedy that resulted in the death of Officer Moye. His dedication and service to the people ofCalifornia will always be honored and remembered by the CAHP and the CHP. We also hold in our thoughts Officer Paul and Officer Smith, who were both injured in this shooting. Officer Paul suffered critical injuries that are still very concerning, and we ask you all to keep him and his family in your thoughts as well.”

California Highway Patrol Commissioner Warren Stanley mourned the loss of Officer Moye. “I am devastated by the tragedy that unfolded in Riverside. I mourn the loss of one of our own CHP Officer, Andre Moye, who was killed during a shootout following a traffic stop. Prayers go out to all, including the responding officers injured in the shooting.”

Governor Gavin Newsom shared condolences. “Our hearts ache over the tragic loss of CHP’s own Officer Andre Moye — who will be remembered for his commitment to service and the community of Riverside. Jen and I extend our deepest condolences to his family, friends, and fellow officers who are grieving.”