In Memory of Officer Alan McCollum 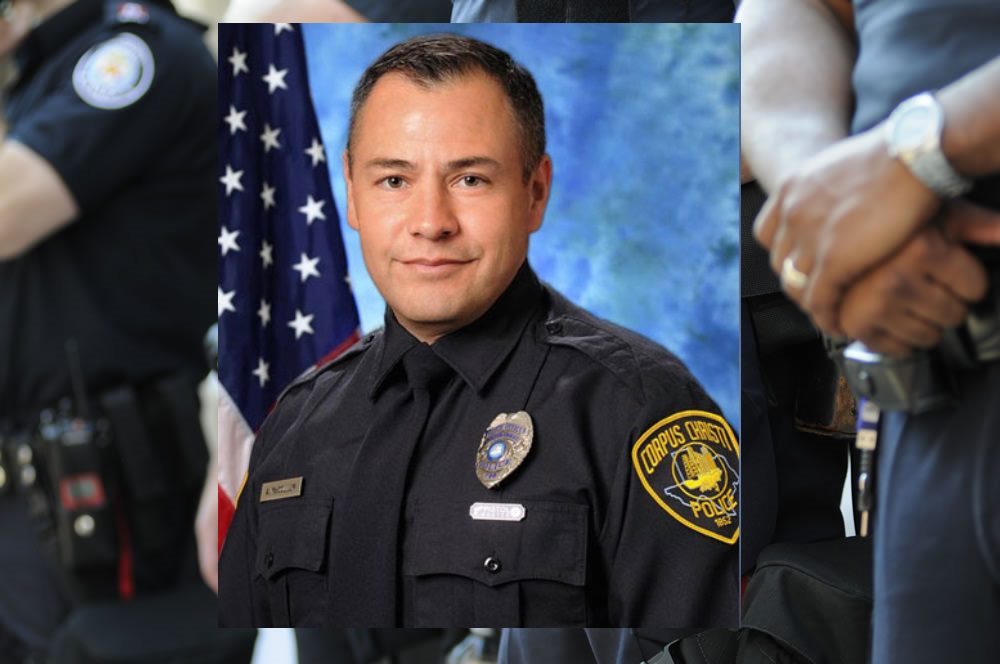 Corpus Christi, Texas, lost a local hero during a traffic stop on January 31, 2020. Officer Alan McCollum was killed at approximately 9:43pm when a drunk driver slammed into him and another officer who had a vehicle pulled over on the side of the road. The second officer, Michael Love, was seriously injured and is now in stable condition.

There were three officers involved in the traffic stop. The vehicle had been pulled over suspected of racing in the westbound lanes of State Route 358. Once one officer had pulled over the suspect, the two additional officers came to the scene as back up. The stop was conducted on South Padre Island Drive close to the Carroll Lane overpass.

A seven-year veteran of the Corpus Christi Police Department, Officer Alan McCollum was an award-winning local servant and a family man. He is mourned by his wife of many years and his three children. Officer McCollum had spent his lifetime working to become an American hero. Prior to serving his local community through the police department, McCollum spent over 21 years serving America in the U.S. Army.

During his time serving his country, McCollum was awarded many honors and was praised by those around him. He had been given many decorations, badges, citations and campaign ribbons for doing his duty. He also had gone above and beyond, earning a bronze star for his actions.

Being a hero was part of who he was as a human being. McCollum took meaning and satisfaction in life in being able to do for others and protect his community. His bravery did not stop after leaving the military. He and eight of his fellow officers received bravery accommodations, a life-saving award, when just over one year ago the group put their lives on the line to flip over a burning vehicle to rescue someone inside of it. His fellow members in blue are mourning the loss of a great coworker, friend, husband, and father. The entire Corpus Christi area is mourning a hero, gone too soon.

Many careers can be considered dangerous. Policing can be one of the most hazardous job choices one could have, so most people who become officers do so out of their love for their community and neighbors. They have an inner need to be the protector of others.

Danger comes in all forms when attempting to enforce the law. One of the most significant forms of danger for an officer is vehicular injuries and deaths. Here are some of the frightening statistics:

Many states have enacted laws stating that vehicles on the road must move over to the far lane or slow down drastically when passing an officer doing their job on the side of the road. Citizens and drivers everywhere can do their part to reduce the number of officers who are losing their lives, by simply slowing down and following the law.

Officer Alan McCollum enjoyed his work as a police officer. He liked working with people and being the kind of person that the community looked up to. He may have worn a badge during work hours, but it is possible he dreamed of wearing a cape. Corpus Christi could not have been any prouder than to have someone with the background and integrity of Officer McCollum join their department.

After serving for 21 years in the military, Officer Alan McCollum wanted to continue protecting others and serving his community. Police work was the perfect job for him. He enjoyed working for the Corpus Christi Police Department where he could help the community in which he lived and raised his children. He wanted a better place to live for them, but for everyone in Corpus Christi.

The Corpus Christi Police Department is a community and value-based department. Their core values include honesty, integrity, and fairness. The officers that they hire for their department have a strong work ethic. They realize that if you work hard, your tax dollars should work hard too. The officers from the Corpus Christi Police Department give their all to keep the community safe and allow residents to sleep soundly in their beds at night.

Corpus Christi Police enjoy serving the community. They have also realized that without working together, they cannot do their best job at protecting the city. The department promotes community volunteer and service programs that go hand-in-hand with police work. Officers view their badges as a symbol of honor, of the faith that their neighbors have bestowed upon them. Working together to be responsive to the needs of everyone, neighbors, businesses and the entire community allows for the department to do their best job as trusted public officials.