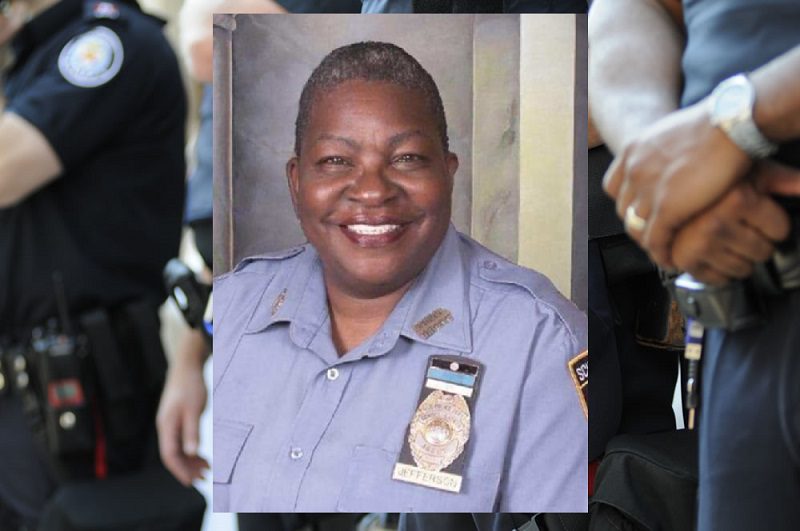 Sabrina Jefferson, age 63, is the fourth of many NYPD officers who have lost their lives due to Coronavirus. She passed away on Sunday, March 29, 2020. Jefferson, who lived in Jamaica, NY, served the NYPD as a School Safety Agent. Agent Jefferson, a police officer with the New York Police Department, was assigned to the 113th Precinct, where she worked to patrol Borough Queens South School Safety. She served with the department for 26 years.

She was born in Florence, NY. Her closest friends knew her as BB. She was known to watch over the children attending school in her district like ‘a mama Pitbull.’ The children loved and adored her for the attention she gave them, calling her affectionately “the schoolhouse mom.” She was always known to greet her school children with a massive smile while still setting high expectations for them to fulfill. She encouraged them in their lives. All children that ever came to know Sabrina Jefferson knew they were protected. Her family described Sabrina as a brave woman who had a great deal of character.

The specialized NYPD division began in 1998 when the New York City Department of Education transferred power from their own School Safety force over to the NYPD. In 2006, school safety agents were classified as under Civil Service status and were required to take the DCAS Civil Service Examination. The agents are designated as special patrolmen. School Safety Agents can make warrantless arrests and even use physical or deadly force, if necessary, to provide safety to their students, staff, and other officers.

Officially called the City of New York Police Department, the agency was established on May 23, 1845. The NYPD is the largest police force in the United States, and among one of its oldest. The mission of the NYPD and its officers is to “enforce the laws, preserve the peace, reduce fear, and provide for a safe environment.” The department was increased in 1995 when the New York City Transit Police and the New York City Housing Authority Police Department were integrated into the fold under the many divisions of the NYPD.

The department has approximately 39,000 sworn officers, and nearly an additional 20,000 non-officers represented as agents, volunteer auxiliary officers, traffic enforcement, and school safety agents. All work together to keep public safety for residents and visitors in the city of New York. The department has a 174-year history and a department motto of Fidelis ad Mortem, which translates to “Faithful to Death.”

The family of Agent Sabrina Jefferson is suffering a tremendous loss during this health crisis. She leaves behind a large extended family, including her mother, who still resides in Florence, NY. The cost this virus has taken on the family has been enormous. One week before Agent Sabrina passed from complications from COVID19, her stepfather also passed away from complications of the same disease.

Sabrina’s Aunt, whose name was not given, thanked everyone for the support and kindness that has been shown to their family. She mentioned that Sabrina is part of a list of NYPD officers whose lives have been taken by Coronavirus, “a very long list, and it does not seem to have an end.” She wanted the world to know that Sabrina “had a way of simply lighting up a room with her personality, and she always made you feel like you were a special part of her family.”

The family is praying for fellow officers and is asking for privacy at this time. The Aunt also mentioned that while they appreciate the support of the community, under the circumstances, Sabrina’s mother is not accepting any visitors. She said a special thank you for “all the love that you have shown us.”