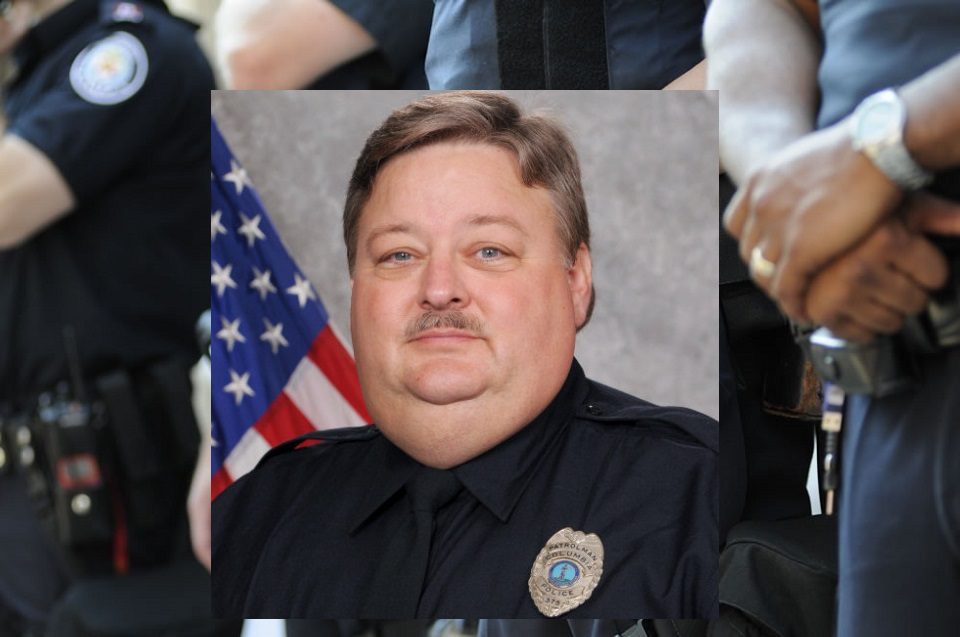 South Carolina has lost an officer to the pandemic. On July 14, 2020, authorities announced that a Columbia Police Officer had died from exposure to COVID19. Master Police Officer Robert J. Hall, age 57, passed away from complications of the virus he was exposed to through his duties as an officer.

Officer Hall had given more than 35 years of his life to law enforcement. Recently, there have been several protests across the country. Hall had been assigned to provide his services to those impacted areas on several occasions from May 18th to June 25th. It was on June 25 that he was diagnosed as positive with the virus. He fought to survive, yet three weeks after his initial illness, he lost the battle to the virus. He wore badge number 375.

Hall first became an officer with the Cayce Police Department in 1983. He retired in 2008, only to return to law enforcement in the neighboring community of Columbia. His most recent assignments with the Columbia Police Department included the Special Events Unit and the Special Operations Bureau. While in Cayce and Columbia, he also worked as a patrolman and a member of SWAT.

Hall enjoyed spending time with his family and his work as a police officer. He also collected firearms and radios. Officer Hall also enjoyed riding his motorcycle and spending time relaxing.

Officer Hall gave his life representing the Columbia Police Department. Columbia, the capital city of South Carolina, is home to approximately 132,000 residents. The earliest inhabitants of Columbia’s city were called ‘Congarees.’ In 1540, Spanish explorer DeSoto was the first to traverse the area, which is now the great Columbia city. His expedition brought back the earliest reports of the site.

The city was officially founded in 1786. It was developed on the shores of the Congaree River. The area was incorporated as a village in 1805, and by 1854, as a city. It was two years later that the founding of the Columbia Police Department began with a full-time Chief and nine patrolmen. The current Police Chief is W.H. ‘Skip’ Holbrook, and in the city of Columbia, the Police Chief answers to the City Manager.

The ravages of the coronavirus pandemic have left survivors all across the globe grieving for lost family members. Hall’s family will join those numbers. Master Police Officer Robert J. Hall is survived by his wife, two children, and grandchildren. His ‘Blue Family’ will join them in their grief and be the support they need going forward.

Columbia Police Chief W. H. ‘Skip’ Holbrook announced the loss on the agency’s website. “It is with a heavy heart and tremendous sadness that [we] announce the passing of Master Police Officer (MPO) Robert J. “Bob” Haappll early this morning.”

Holbrook continued with his condolences to the community and Hall’s family. “Officer Robert “Bob” Hall exemplified everything that is expected out of a 21st Century police officer – service before self, professionalism, integrity, and compassion. MPO Hall was well-known within the City of Columbia’s business and entertainment districts, having played an integral part in event planning and security. MPO Hall served with distinction and honor for more than three decades and has left a lasting legacy at the Columbia Police Department. He will be greatly missed. I ask for everyone’s continued prayers for Bob’s family and the CPD family.”

Columbia Mayor Steve Benjamin gave a brief statement regarding the loss of a public servant. “The lives and dedication of our Columbia Police officers are always a direct indication of their devotion to providing for the safety of our Columbia communities, and now even more so as these incredible public servants serve on the front lines during the COVID-19 health crisis. I want to thank Officer Robert Hall for his years of service committed to the protection and well-being of our City, and express my deepest wishes for consolation to his fellow officers and his family, and know his presence will be missed.”