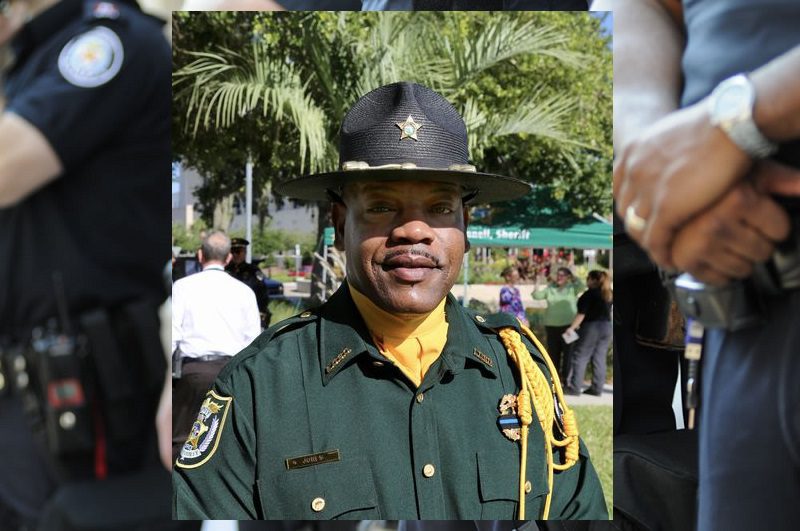 On Wednesday, June 24, 2020, Lake County, Florida officials announced the death of one of their department of corrections officers. Master Detention Deputy Lynn Jones, age 52, died due to contracting coronavirus while on duty. Deputy Jones passed away on the evening of his 13th anniversary of working for the Lake County Sheriff’s Office.

As a detention deputy, he was an officer who worked inside the jail. It was part of his regular duties to supervise inmates who are awaiting trial or serving short-term sentences. He did more than his job required. He did not view it as merely ‘watching’ inmates. He used the opportunity to reach out to them and give words of advice.

Public relations officer, Sgt Jones, stated, “When Lynn did his rounds, he was almost like a counselor, like a social worker. He would talk to them about their choices, about why they are there, and how not to come back.”

Deputy Lynn Jones also volunteered his time within the community. He often volunteered for groups such as the Sheriff’s honor guard, to attend rallies, attend funerals, and other formal processions in which he could wear his dress uniform.

Deputy Jones is the second law enforcement officer in Lake County to have died this year from coronavirus exposure. He passed away at his home in Orlando.

According to the Florida State Constitution, the Sheriff is the county’s chief law enforcement officer; this includes both the incorporated areas and those unincorporated areas. The Lake County Sheriff’s Office is located in Tavares, Florida, which is near the city of Orlando.

The office has numerous departments and divisions, including a uniform patrol bureau, criminal investigations bureau, special investigations bureau, and detention security bureau, among many more. Deputy Jones was assigned to the detention security bureau as a corrections officer in the Lake County Jail. The Sheriff’s office also includes more than 514 sworn officers as well as 260 unsworn or civilian members.

Master Detention Deputy Lynn Jones’s most recent assignment was with the Lake County Jail. The Lake County Jail is becoming a local hot spot for the coronavirus. The number of inmates in the jail that have tested positive for the virus has doubled in the last two weeks to a total of 103 inmates. Just two weeks ago, they had discovered that 57 inmates out of the current population of 759 detainees, were positive. The jail has initiated several measures to help stop the spread between inmates, staff, and the outside community. These measures include testing all day quarantine and retesting them before allowing them into the general population areas.

Master Detention Deputy Lynn Jones left behind his wife and three daughters. His daughters were ages 15, 17, and 21. The loss of Jones was a tragedy and unexpected for the family as well as the many extended family members, friends, and co-workers who were close to Lynn Jones.

Sgt. Jones of the Sheriff’s office made this comment about the type of man they knew Deputy Lynn Jones to be. “He was an officer and a gentleman. I know that is a cliché. He really enjoyed the simple things in life.”

The Sheriff’s office posted this comment on their Facebook page, their condolences. “Master Deputy Lynn Jones loved his career, his agency, and especially his family. As you can see from these few pictures at work, he was engaged and loved life. He is missed by all and will always be remembered for his amazing charisma.”