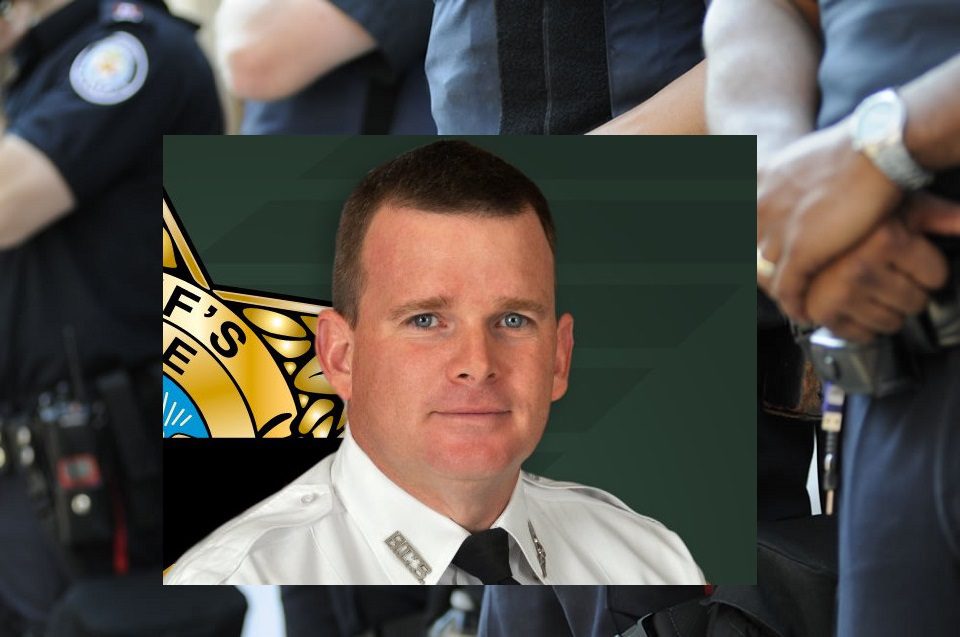 The end of watch came for a Hillsborough County Sheriff Officer on Monday, January 11, 2021. Master Corporal Brian LaVigne died after a suspect intentionally rammed him with his vehicle early Monday evening. Cpl. LaVigne was 54 years old and served the community through the Hillsborough County Sheriff’s Office for more than 30 years. He was scheduled to retire the following day.

Hillsborough County Deputies were responding to a call regarding a possible domestic disturbance. The incident involved a man who was seen throwing furniture and clothing off his balcony. This evolved into the suspect disrobing and attacking his neighbors by throwing food at them.

When deputies confronted the suspect, he attacked them. He struck one of the responding deputies several times in the head, causing injury. The officers attempted to tase the suspect to subdue him for arrest but to no avail. The subject broke free.

Once the subject escaped the officers, he attempted to flee in a vehicle. While running from the scene, the man drove through a closed community gate. After damaging the entrance gate, the suspect increased his speed, charging across several lanes of traffic. The man then aimed his vehicle, like a weapon, and slammed into the side of Cpl. LaVigne’s patrol car.

LaVigne suffered life-threatening injuries, and deputies were unable to free him from his vehicle. Rescue units had to use the jaws of life to extricate him from the wreckage. LaVigne was rushed to Tampa General Hospital, where he succumbed to his injuries. The subject was arrested at the scene. According to reports on the accident, the location was ‘catastrophic.’ It took the fire rescue crew to get him to the hospital, but a few hours later, he was taken from the hospital with a flag draped over him.

LaVigne was well-respected by his fellow law enforcement officers, who looked up to him as a role model. A day before he was set to retire and live out his golden years with his family, LaVigne was faced with a suspect targeting him with his vehicle, and in an instance, it was all taken away.

News 4 San Antonio posted the story on their Facebook page. “Brian Lavigne was supposed to retire in a few days; he had been with the sheriff’s office since 1990. However, a fleeing suspect who was supposedly running around naked and throwing cookies at neighbors ended up crashing into Lavigne’s vehicle, ultimately killing him.”

LaVigne dedicated his career to the Hillsborough County Sheriff’s Office. Headquartered in Tampa, Florida, the HCSO was founded in 1845. In the county, the primary law enforcement agency, HCSO, is responsible for providing safety and security to nearly 1.5 million residents in an 888 square mile area.

HCSO handles law enforcement for the unincorporated areas of the county. The three cities, Tampa, Plant City, and Temple Terrace, each have their own police forces. HCSO also operates two county jails, a work-release center, and security for the Hillsborough County Courthouse.

Master Corporal Brian LaVigne leaves behind his wife and two children. The community, fellow law enforcement officers, neighbors, and friends will help his family heal as they celebrate and honor the life LaVigne led. One of Cpl. LaVigne’s children is also a Hillsborough County Sheriff’s Deputy.

Carl Hassell, a fellow retired coworker, stated that LaVigne was a good friend and a respected colleague. “I respected his counsel, and his friendship to me during that time was important in my life. He was the right person for me in my life at that time.”

Hassell continues to speak of the tragedy of the incident. “You paid all your dues. You did everything right. And this random violent act takes away everything you worked hard for.”

Travis Baumgartner, head instructor, and owner at Gracie Fishhawk, a martial arts school where LaVigne practiced and sometimes taught, spoke of LaVigne’s infectious good spirit and envious relationship with his kids. “His relationship with Caitlin, his daughter, would be the envy of any parent. I always watched them and looked at my kids and hoped I would do a good enough job that they would look at me like Brian’s children looked at him.”