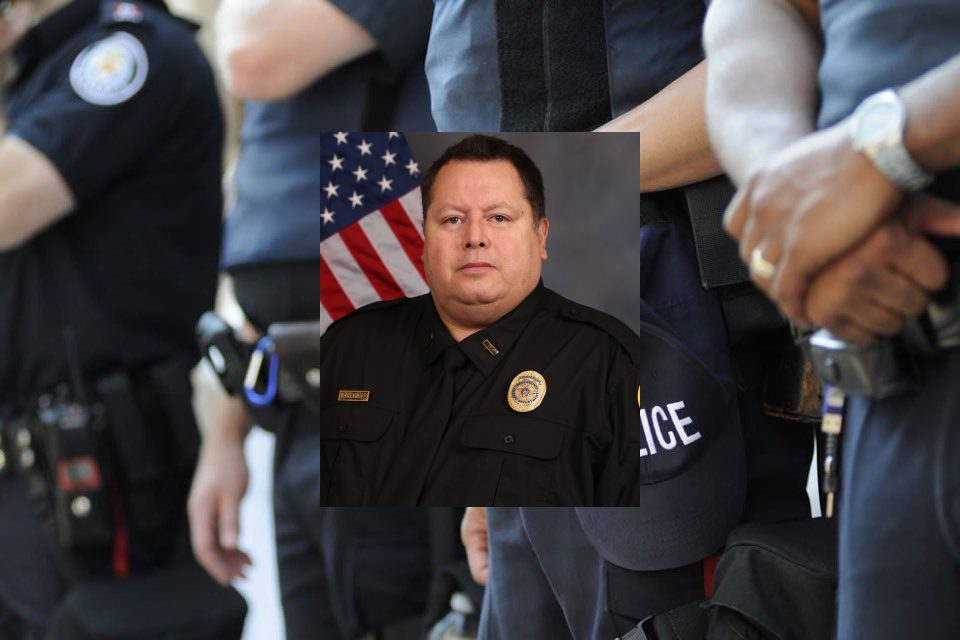 Texas Loses Another Officer to COVID19

On February 16, 2021, Major Estaban “Stevie” Ramirez, III, died from complications of COVID19. Texas officials have had a difficult time in the last year as they have had to announce loss after loss of Texas officers. Since the beginning of the coronavirus pandemic, we have learned that certain occupations have a higher risk of exposure. The virus has ravaged first responders and law enforcement officers in large numbers.

Ramirez started his career as a jailer in 1989. He also worked patrol, SWAT, criminal investigations, and firearm training. After thirty years of service, he earned the rank of Major to top off a long and well-deserved law enforcement career. During his time as an officer, Ramirez earned 10 Top Gun awards.

Ramirez received treatment for the virus at Baylor, Scott, and White, in Temple, AZ.

Ramirez worked his entire law enforcement career with the Bell County Sheriff’s Office. According to Sheriff Eddy Lange, the BCSO can be described as “a diversified, progressive law enforcement agency with many varied responsibilities, including; patrol, investigations, civil/criminal process, court security, and jail management.”

The agency is located in the county seat of Belton, Texas. The agency handles the civil process for the courts, criminal investigations, a crisis response division and manages the Bell County Jail’s day-to-day operations.

The pandemic has left many families facing a future with an empty seat at the table. The loss extends outward to family, friends, neighbors, and entire communities. Major Estaban “Stevie” Ramirez leaves behind his wife and daughter. Residents will rally to support the family in their time of grief. Officers from all around the area will help to honor the sacrifice given by Major Ramirez.

Bell County Lieutenant Bob Reinhard expressed the grief felt by the department. “Ramirez touched the lives of so many and is already sorely missed by us all. I ask you all to keep his family in your thoughts as they move through this very difficult time.”

Bell County Sheriff’s Office expressed the loss to the local residents on their Facebook page. “It is with a heavy heart we regret to inform you of the loss of Major Esteban (Stevie) Ramírez III. Yesterday, at the hospital and surrounded by his family and with avid prayers from his Blue Family, Stevie passed away. Stevie started as a Bell County jailer in 1989 and 31 years later was promoted to Major in 2020. Please keep his family in your thoughts and prayers as we say GODSPEED to Major Esteban Ramirez. Major Ramirez was truly a gentleman, kind, and professional. He was a faithful servant. He will desperately be missed and never forgotten.”

The ATF (Alcohol Tobacco and Firearms) Headquarters posted their shared sympathies on their social media page. “Our thoughts are with Bell County Sheriff’s Office, Texas, and the family and friends of Major Estaban “Stevie” Ramirez III, who passed away as the result of contracting COVID-19 while on duty. #EOW #LODD.”

The International Association of Chiefs of Police or IACP posted the loss to share with their Twitter followers. “We send our condolences to the family, friends, and colleagues of Major Estaban “Stevie” Ramirez, III of the Bell County Sheriff’s Office, Texas.”