In Memory of Major Angelanette Moore 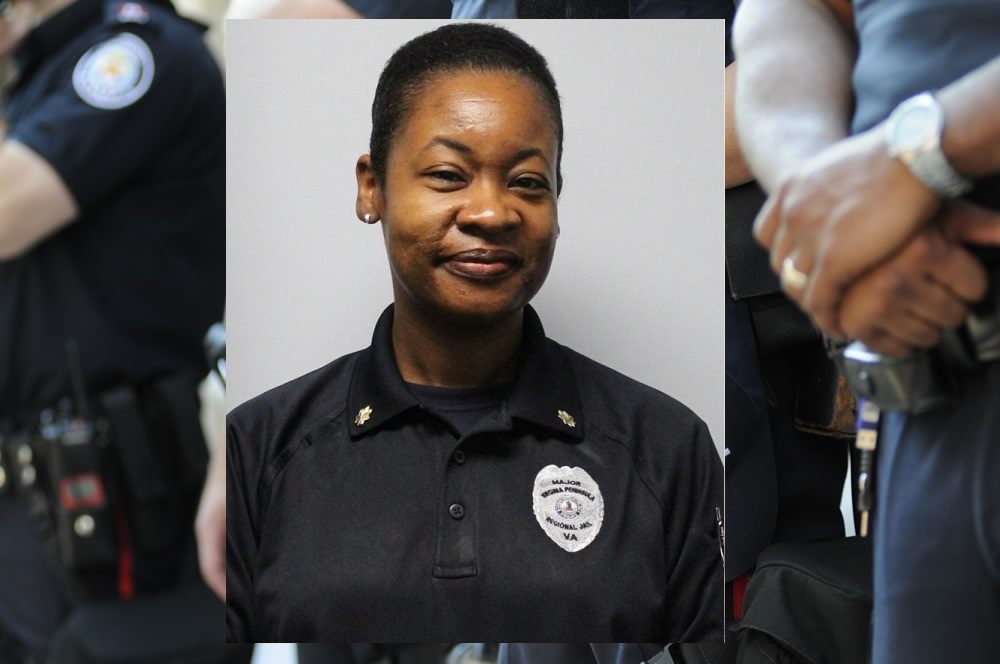 On January 23, 2020, Virginia Pennsylvania Regional Jail (VPRJ) Correctional Facility lost one of their own well-loved staff members, Major Angelanette Moore. Major Moore suffered a heart attack in the line of duty following a housing unit shakedown. Major Moore, age 40, had spent 20 years serving the community. She was the Director of Security Operations at the VPRJ.

Major Angelanette Moore was a leader in the facility both to her peers and to the inmates. She was admired and respected by everyone at the VPRJ. Superintendent Colonel Roy Witham spoke highly of her in the press announcement involving her on-duty death. The VPRJ has lost someone that was irreplaceable, Major Moore was described as being 100% dedicated to her career in corrections.

The inmates respected Major Moore. She was dedicated to making sure that they were treated respectfully and have access to the proper care and programs for rehabilitation. She worked to train new recruits and developing junior officers. As a career employee, she was invaluable to both her coworkers and the VPRJ.

After the housing unit shakedown, Major Moore had initiated a disciplinary discussion with a group of inmates. She was known for being kind and fair, but strict on the rules. Always willing to work with the inmates to achieve goals, personally or to maintain the safety and security of the jail, the inmates looked up to Major Moore. It was during the discussion about disciplinary actions as a result of the earlier shakedown at the time she collapsed. Medical personnel and fellow correctional officers immediately began CPR and initiating life-saving techniques, but they were unable to revive her.

Major Angelanette Moore was a loving mother and wife. She left behind her husband and a young son. The facility is dedicated to providing assistance to her family while they are grieving her loss. Her fellow men and women in uniform at the correctional facility were also her family. She touched so many lives in the community, on the job and as a leader that her loss will touch the lives and hearts of many. Crisis and grief counseling services will be provided to those who need it through the Peninsula Emergency Services Council.

Major Moore was hired by the VPRJ in 2000. Through hard work and leadership, she very quickly rose to the rank of Lieutenant. She was well liked by her peers, and excelled in several roles. Before she became Director of Security, Major Angelanette Moore also served as records supervisor and assistant director of support services. She was 100% committed to her job, community and her family.

Hampton Roads is named both for a body of water, but also the surrounding region. This is the area of Virginia that Major Angelanette Moore called home and chose to follow her career. This is where she wanted to raise her family, providing a rich historic area with many sights, beaches, and enriching activities for her son. As a law enforcement officer, her commitment was not just to the facility at which she worked, but all the citizens in the area as she worked to rehabilitate and give second opportunities to those she came into contact with at the correctional facility. She led by example, to her community, her family and her fellow officers.

The Virginia Pennsylvania Regional Jail or VPRJ was not just a job to Major Moore, but a commitment. It was the place that allowed her to have the most influence and impact on her community and its members. The facility is committed to providing for the security and well-being for everyone in their care.

The VPRJ serves James City County, York County, and the cities of Williamsburg and Poquoson. They offer rehabilitation services to inmates, and are concerned about the health and safety of all those who are in their care. While they have strict regulations, the offer of work-release programs, health care, and educational programs to aid in the release and future rehabilitation of inmates. Showing how to turn their lives around and become an active community member, is how team members and officers demonstrate effective life changes to the inmates. Living by example is how Major Moore gained the respect of all those around her.

Anytime a valued member of the community is lost, it strikes at the heart of our humanity. We question life, decency, fairness, and many other things as we grieve the loss of someone who valued people and community more than themselves. Learning from these examples, carrying on their duties, and being better human beings is the way in which everyone can honor those who we have lost in the line of duty. Col. Whitham spoke words of encouragement, of grief, loss and of a sense of continued duty. Her fellow brothers and sisters in uniform will grieve the loss of such an influential member. Col. Whitman spoke these words, in sorrow but with a sense of honor and duty; perhaps as last words to Major Moore. “Thank you for your service. Rest easy, hero. We’ll hold the line from here.”