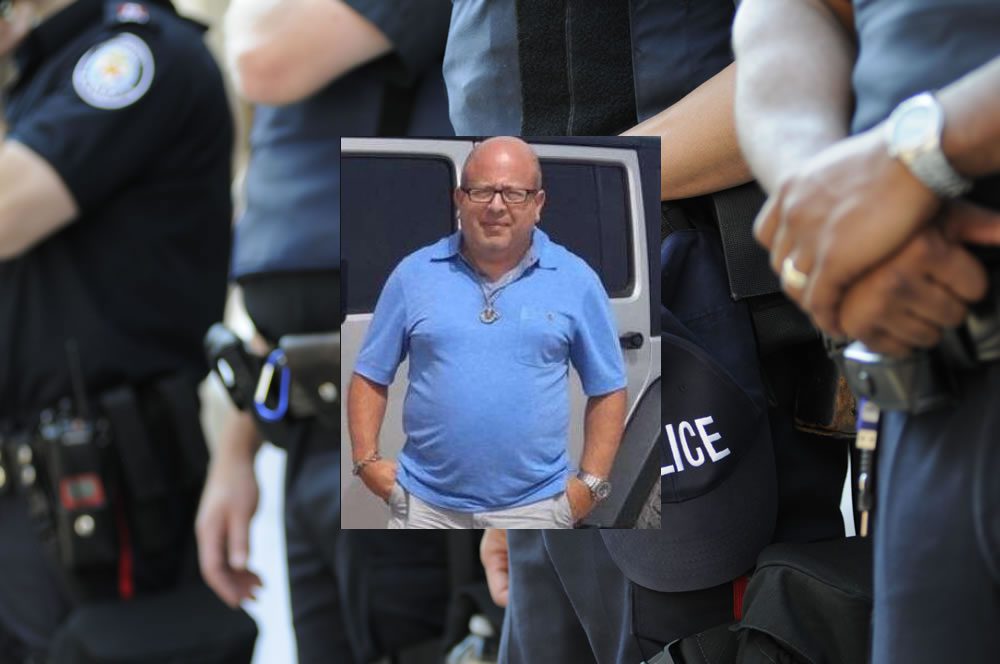 The coronavirus pandemic has ravaged families across the globe. Today, more than 500,000 US citizens have died from the virus. These deaths represent a devastating number, and the impact will be felt for many years to come. Some professions carry greater risk for contracting the virus.

Law enforcement officers, like Lieutenant Rivera-Padua, understood that their job put them at increased risk. Still, police officers and other law enforcement across the country show up to protect and serve their communities’ residents. They have been trained to face dangerous threats, criminals with weapons and to handle tragic situations. Until 2020, it may not have been on their minds that the most dangerous threat they would ever face on the job would be invisible. Despite the risks, they continue to wear the badge and step up to help others.

In Puerto Rico, the police department is officially known as the Puerto Rico Police Bureau. Lieutenant Juan Rafael Rivera-Padua served the island state through his work as a law enforcement officer with the bureau for more than 31 years.

As of 2021, the Puerto Rico Police Bureau has approximately 11,600 sworn officers and several thousand other administrative personnel. This number makes the department the second-largest police department in the United States after New York City. The large bureau is divided into 71 districts, 34 precincts, and 13 highway patrol areas.

The department has a long history on the island, dating back to 1837. It was then that Spanish Governor Francisco Javier de Moreda y Prieto created the Puerto Rico Civil Guard. At the time it was initiated, the island was under the jurisdiction of Spain. In 1899, after the Spanish-American war, the United States took control of the island and instituted an updated police force under Colonel Frank Techner. At that time, the Island had 313 sworn officers.

Lieutenant Juan Rafael Rivera-Padua leaves behind many extended family members, friends, neighbors, and coworkers. Many residents will remember him for all the times he was there to help them in their time of need. Law enforcement agents from across the island have come together, bringing their vehicles, lights, and badges wrapped in black ribbons, to show their gratitude to the sacrifice made by Lt. Rivera-Padua. He was the sixth officer on the island to die from the coronavirus.

Puerto Rico Police Commissioner Antonio López Figueroa spoke of the high work ethics and morals demonstrated by Lt. Rivera-Padua. “We have left a tireless warrior and fighter in the fight against crime on this blessed island.

Lieutenant Juan Rafael Rivera Padua, director of the Motorized Unit of the San Juan area, was an excellent public servant. He gave 31 years of his life in the fight for a better Puerto Rico, with responsibility, commitment, and dedication. As an officer of the Puerto Rico Police, he always served with perseverance, honesty, and respect. Together with my policemen, we ask God to give strength to his family. We place ourselves at their disposal to provide all the help that our business and each of our colleagues can provide.”

Secretary for the Department of Public Security Alexis Torres gave a brief statement regarding the loss of Lt. Rivera-Padua. “Today, we received the unfortunate news of the death of a colleague from the Police Bureau, Lieutenant Juan Rivera Padua. COVID-19 has taken six policemen from us in recent months. We continue working so that all police officers and first responders continue to be vaccinated to protect themselves against this virus. Our sincere condolences to the family and friends of Lieutenant Rivera Padua. May he rest in peace.”