In Memory of Lieutenant James Walker 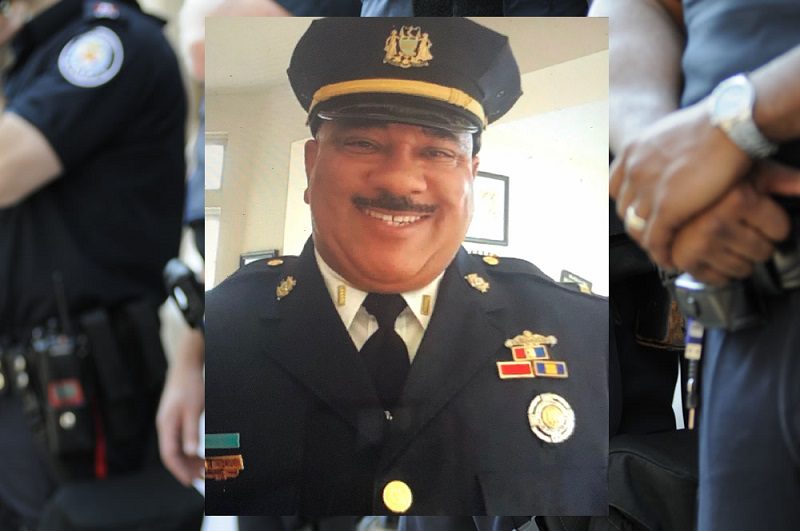 Philadelphia lost its first police officer to COVID19. On Sunday, April 5, 2020, Lieutenant James Walker, a 33-year veteran of the department, lost his battle with complications arising from battling coronavirus. The 59-year-old officer was being treated at Abington Hospital – Jefferson South.

Lt. James Walker served with the Philadelphia Police Department as a member of their traffic division. Not only is he the first law enforcement officer in Philadelphia, but he is also the first city employee to have died from the virus.

Philadelphia Mayor Jim Kenney spoke with great sadness about the loss during a briefing with the city. “This weekend, we lost a friend, a family member, a hero. Any death is tragic, but today, it hits close to home. We have seen the first death in our family of city employees. This is a heartbreaking reminder that the virus is affecting people throughout our community—especially those on the front lines.”

Unlike other cities, Philadelphia has a policy in place to not release any information. Regardless of how many city employees that have been infected or have passed away due to the virus. This policy also includes law enforcement.

City officials are having difficulty providing personal protective equipment to all of its employees. Many ‘essential’ personnel like police officers face a greater risk every day due to their up-close contact with a large variety of people while interacting with the public. An order was placed for 500,000 masks from a company in Europe. These masks were somehow stalled or intercepted and will not be arriving at the city of Philadelphia. The Philadelphia Police Managing Director Brian Abernathy, had this to say about the shortage of PPE and the safety of Philly Police. “As we’ve noted, there is a shortage of PPE,” Abernathy said. “The protocols we have put in place are to ensure that officers keep their distance where appropriate, put on their PPE if and when it’s necessary, and call in specialized units if they fear for the public safety.”

Amid the health epidemic, law enforcement officers are facing major risks as they continue to work to balance public safety, public health, and their health risks along with their families. On any given day, an officer’s job is risky. It is the job of being a police officer to go towards the sound of danger while all else flee. The coronavirus, however, is a silent and invisible killer.

Davidson County, Tennessee, Sheriff Daron Hall, who is President of the National Sheriff’s Association, spoke out regarding this difficult life-work balance. “We have the challenge of having to enforce the law and live in this moment. We have to be ready to face the wave ourselves. Our world is law enforcement, and right now, we’re trying to balance public safety and public health.”

In New York City, which has had the most cases in the country, the NYPD has also suffered more losses than any other law enforcement department in the country. NYPD Commissioner Dermot Shea spoke openly in a briefing on March 30. “This is a very surreal feeling. We pride ourselves on taking care of our family, and we’re in a situation right now where we don’t even really have time to mourn. It’s every man and every woman stepping in and trying to get a mission done. And we will mourn, but it won’t be today. There is just too much work to do.”

Lt. James Walker spent 33 years of his life serving with the Philadelphia Police Department (PPD), one of the oldest municipal forces in the United States. It is the fourth largest police force in the U.S. The PPD currently has over 6400 sworn officers that are divided into 21 districts.

The department is so large that it requires more than 800 civilian personnel to keep it running smoothly. It does not sound like enough when you consider that these officers, with their civilian help, are responsible for the safety and security of 1.5 million residents. The patrol area alone for the PPD covers 146.2 square miles.

Like many large departments, it sustains many specialty units and officers. Some of these units include a K-9 squad, SWAT, bomb squad, community relations unit, and a marine unit. The department believes in and practices equality amongst its officers and executives alike, demonstrating this to the nation with the recent 2020 promotion of Danielle Outlaw.

Commissioner Danielle Outlaw expressed her sadness at the loss of Lt. Walker during a briefing. “Losing Lieutenant James Walker to complications from COVID-19 is deeply painful. The loss of his life illustrates the commitment that he and members of the Philadelphia Police Department have to serve the communities of this city, even in times of unprecedented risk and challenge.”

Philadelphia residents and the entire country can honor Lt. Walker for his sacrifice, by taking the words of his grieving widow to heart. Show respect for the officers that have given their lives by staying home and staying safe.