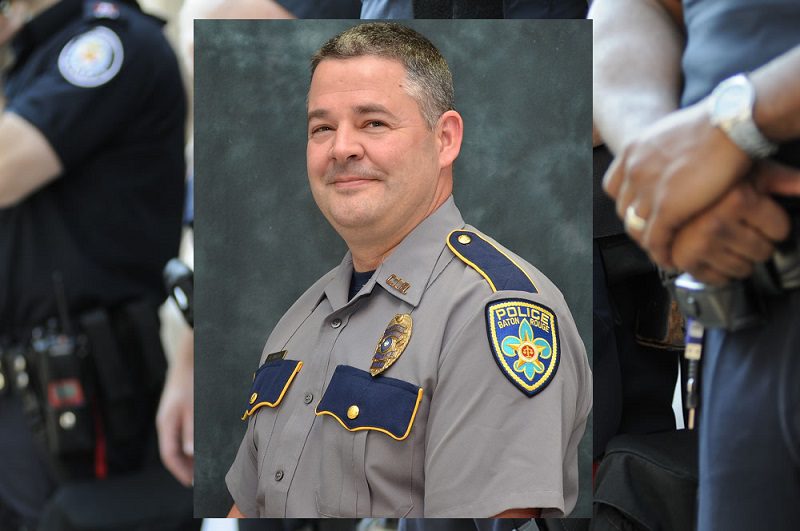 Lieutenant Glenn Dale Hutto, Jr., age 45, was shot and killed in the line of duty on Sunday, April 26, 2020. He had served with the Baton Rouge Police Department for 21 years, with an added total of 24 years in law enforcement.

At around 12:30 pm, Lt. Hutto and other officers were attempting to locate a suspect who had been involved in a domestic violence-related homicide three hours earlier. A tip had come into the department that the suspect was hiding out inside a home on the 3150 block of Conrad Drive. Lt. Hutto and the officers searching headed to the house to make contact.

Before talking with the suspect, Lt. Hutto and a second officer were taking care to position themselves in the backyard of the property. They were awaiting back-up. Prior to any contact with the man, he opened fire on both officers with a semi-automatic rifle. He struck both officers. The man then proceeded to shoot Lt. Hutto several more times at a close range, killing him at the scene. The second officer has been critically wounded and transported to a local hospital.

The man who had killed two people and injured a third then barricaded himself inside the residence. He remained inside for over four hours before surrendering to the police.

Witnesses have come forward informing officers about previous statements made to a relative by the shooter. He had stated that he wanted to ambush Baton Rouge police officers, similar to the ambush that occurred on July 17, 2016. In that incident, Corporal Montrell Jackson, Police Officer Matthew Gerald, and Deputy Sheriff Garafola were all murdered.

Baton Rouge Police Chief Murphy Paul made these brief comments during a briefing that occurred at the scene of the stand-off. “Our officers — talk about being public servants and the responsibility that comes along with being a law enforcement officer. This is a call no chief wants to get.”

The Baton Rouge Police Department (BRPD) was formed after the Civil War, late in the state of Louisiana’s history in 1865. Louisiana had been officially established in 1817. This is the agency where Lt. Hutto served 21 out of 24 years of his law enforcement career. It was here he found a home and community to serve and protect, in the end, giving his life.

A large agency, the BRPD, is the primary law enforcement for the city of Baton Rouge. The department is responsible for the public safety of a large metropolitan area of 79.1 square miles. The number of residents that are served by the department an estimated 221,600 citizens.

With this enormous responsibility, the BRPD employs more than 645 sworn officers with nearly an additional 270 unsworn or volunteer officers. In an average year, these officers handle approximately 215,000 service calls. In doing so, the patrol officers log nearly 7,000,000 miles driven.

A memorial run was held to honor the life of Lieutenant Glen Hutto Jr. Team Blue Line, a non-profit group, working to help the families of fallen or injured officers, pulled together to create a special run for the officer and his family. The group ran about three miles total, starting near the new monument at River Road and Florida Boulevard. The run continued into downtown Baton Rouge along the levee. Special Agent Randall Gohn, who participated in the run, stated this about honoring police heroes. “We try to remember them because if they can sacrifice and suffer through everything, we can do this with no problems.”

On Tuesday, April 28, citizens of Baton Rouge, bringing flags and wearing masks, lined the streets to pay honor to the fallen officer. Flags were hung over Government Street before the procession. Officers from all around the surrounding areas came to participate.

The Baton Rouge Police Department Motorcycle Patrol Officers escorted the body of Lieutenant Glenn Dale Hutto, Jr., from the East Baton Rouge Coroner’s office to the Rabenhorst Funeral Home. Patrol vehicles followed with lights with all officers seeing the residents come out for not only for officer Hutto but for them as well. The city and the department had come together to pay honor and respect to the fallen officer. The department awarded Hutto the rank of Lieutenant posthumously.