In Memory of Lieutenant Erik Lloyd 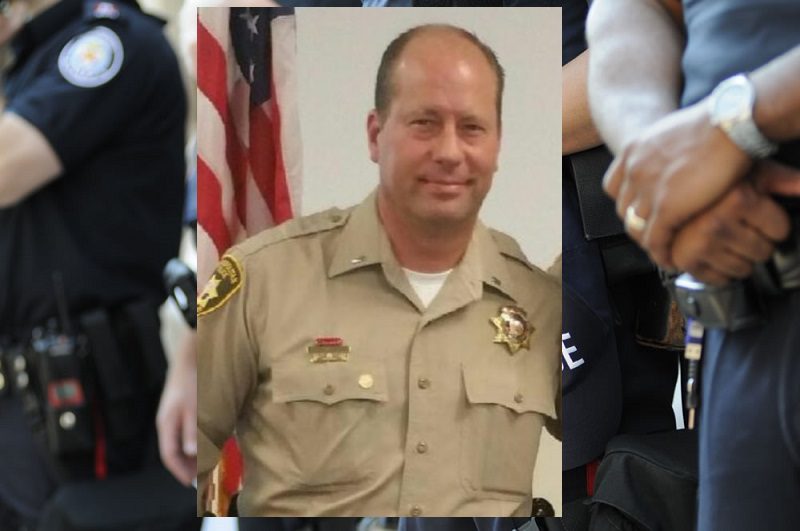 Lieutenant Erik Lloyd, 53, succumbed to COVID-19 on July 29 at the University Medical Center in Las Vegas, as the result of a presumed exposure while on duty. Lloyd had been assigned to the Force Investigation Team and had served with the Las Vegas Metropolitan Police Department for 30 years. He is survived by his wife of 22 years, Minddie, two daughters, Cassie and Stephane, five grandchildren, over thirty nieces and nephews, and parents.

Lieutenant Lloyd, led a program that supported families of officers hurt or killed in the line of duty and has become the first officer to die from complications of COVID-19 in the area. Clark County Sheriff Joe Lombardo shared his experiences of working with Lt. Lloyd. “The LVMPD is a better agency for having Erik.” The sheriff credited Lloyd, president of the Injured Officers Police Fund, with leaving a legacy of helping people in their most significant time of grief. “I speak for everyone who knew him that this is a profound loss,” Lombardo said.

Hailing from Downey, California, Lloyd became a patrol officer in Las Vegas in September 1990. He later moved up to detective in the narcotics division in 1995, a sergeant in 2003, and finally Lieutenant in 2014. After he achieved lieutenant status, he served the community by working in internal affairs, counter-terrorism, use-of-force investigations. Lloyd also had the opportunity to work closely with the Southern Nevada Counter-terrorism Center. Lieutenant Lloyd’s wife, Minddie, was also hospitalized with COVID-19 and recently returned home. Lloyd previously battled throat cancer, and a longtime friend said that before Lloyd was hospitalized for the virus, he described having symptoms as “like super-strong flu.”

Will Huddler, chairman of the Las Vegas Police Managers and Supervisors Association, gave his condolences over losing such a great community asset. “Everyone knows Erik as the man that shows up when tragedy strikes, whether it’s an injury or a death. Now, it’s just this awkward feeling for the agency and all of us that Erik is the one who needs help. He’s always been there to help us.”

County Sheriff Joe Lombardo expressed that the entire department “is a better agency for having Erik. He was the type of officer who represents all the values you want in a person. He was hardworking, honest, kind, and generous with his time. He created a legacy outside of his work here at LVMPD, working to help people in their greatest time of grief.”

Judge William Kephart knew both Erik and Minddie for 20 years. He spent time with Lloyd outside of work on fishing and hunting trips, traveling across the country, and playing softball as Kephart rose from a prosecutor, and Erik continued his climb to Lieutenant. Kephart recalled Lloyd telling him the virus felt like a super bad flu, and then his condition suddenly worsened, and had to be rushed to the hospital where Lloyd died. “He always had control of himself and his life. That’s what’s kicking my butt is I think he thought he had this under control. When you get the good ones, and you lose them like this, or for any reason, it’s just terrible. It strikes home. He was a great guy. He’s going to be missed by a lot of people. I don’t know if I can get past the pain and the hurt that it’s causing me, and I don’t know if I will.”

Clark County Commissioner Marilyn Kirkpatrick shared her experience in working with Lloyd. “Lt. Lloyd was an amazing officer whose work in our community helped countless families. His passing shows us all the dangers of this virus and the importance of doing everything we can to fight it. Knowing the Lieutenant is no longer with us makes my heartache.”

Another friend and co-worker in civil service, Annette Mullin, the director of the police employee assistance program, remarked that Lloyd had planned to retire this December. COVID-19 not only takes lives, but it also takes retirement dreams.