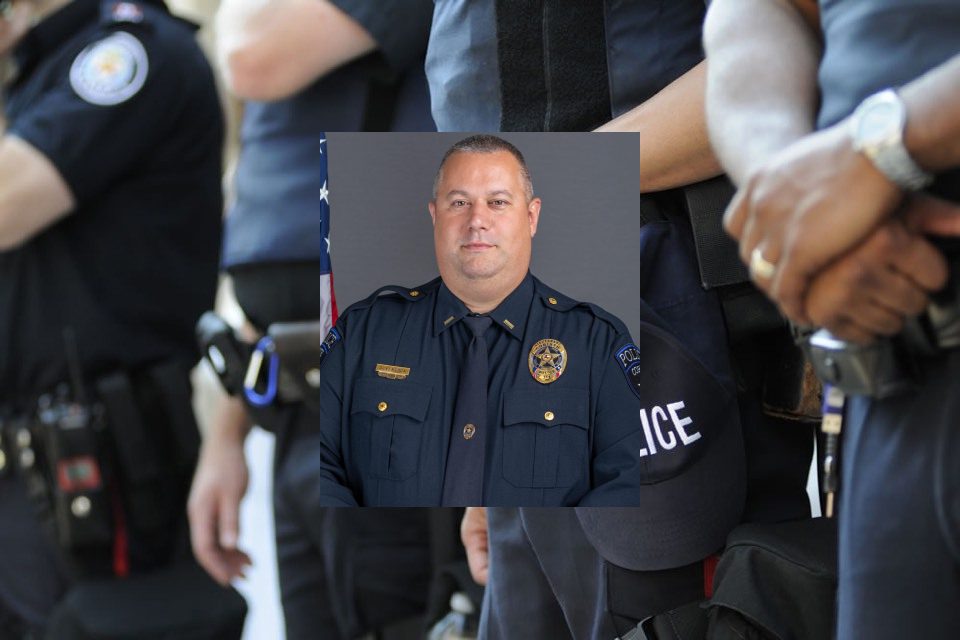 Texas authorities were devastated to brief the public of another loss of a law enforcement officer to the COVID19 pandemic. Texas has lost more first responders than any other state due to the virus. The numbers are staggering. On Sunday, June 20, 2021, Lieutenant Clinton Joseph Ventrca, age 42, died due to complications from the coronavirus. It was determined through contact tracing that Lt. Ventrca had contracted the virus while attending training sessions at the Harris County Sheriff’s Office Training Academy.

Lt. Ventrca had been serving and protecting the residents in his community for many years. Ventrca had served as a sworn law enforcement officer with the Corinth Police Department for more than 21 years. His work as an officer impacted many residents in the Lake Cities communities. Ventrca began his service career as a volunteer firefighter. After training, he applied with the Corinth Police Department and was hired as a reserve officer. Finally, in January 2000, he achieved his dream of becoming a full-time sworn police officer.

During his career, Ventrca held many positions and had a variety of duties as an officer. He had various assignments, including patrol officer, field training officer, Sergeant of the Patrol Division, Sergeant over the Criminal Investigations Division, and lastly, a promotion to Lieutenant in 2019. In 2003, Ventrca was voted as “Officer of the Year.” He also received “Supervisor of the Year” in 2011.

Outside of being an officer, Ventrca was an active volunteer. He served in many capacities for the Special Olympics of Texas from the start of his law enforcement career. Unfortunately, many residents have been impacted by this loss. Ventrca was well-known, respected, and a beloved member of the community.

Lt. Ventrca served his entire career and gave his life to the Corinth Police Department. The CPD is a close-knit force of approximately 35 sworn police officers. The department is located in Denton County and serves more than 23500 residents.

Corinth is a Dallas suburb. It is part of the Dallas-Fort Worth Metroplex.

Lieutenant Clinton Joseph Ventrca leaves behind his wife, three daughters, parents, and siblings. Many community residents, neighbors, friends, and fellow law enforcement officers will come together to honor and celebrate the life he lived. The support of the community will help the Ventrca family in their time of grief.

The Fraternal Order of Police, Lodge 89, posted the loss on their social media page. “Our thoughts and prayers go out to the family, friends, and comrades in arms of Lieutenant Clinton Joseph Ventrca of the Corinth Police Department, Texas.”

The Florida Police Chief’s Association shared the news of the loss of Lt. Ventrca on their Twitter page. “Please keep the Family and the Corinth Police Department in your thoughts and prayers.”

Deborah C. of Maryland shared in the grief as a member of the blue family. “I would like to offer my condolences to the family and friends of Lieutenant Ventrca. I am deeply sorry for your loss. Lieutenant Ventrca’s service and sacrifice will be remembered. I am praying for your comfort and peace.”